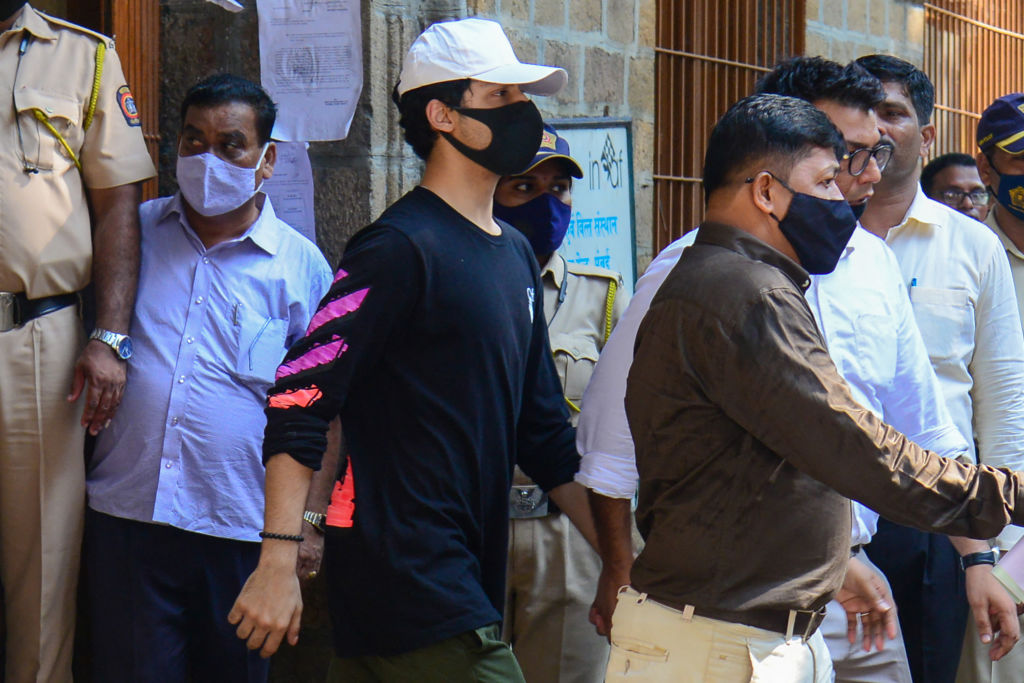 Aryan Khan (C), son of Bollywood actor Shah Rukh Khan, is escorted to court by Narcotics Control Bureau (NCB) officials for a bail plea hearing in Mumbai on October 7, 2021, after his arrest in connection with a drug case. (Photo by SUJIT JAISWAL/AFP via Getty Images)

Mumbai Special NDPS (Narcotic Drugs and Psychotropic Substances) court on Thursday (14) reserved the order for October 20 on the bail application of Aryan Khan and others.

According to ANI, Additional Solicitor General (ASG) Anil Singh, in his final submission to special NDPS court, stated, “When we are considering a case under an NDPS act, the scheme and the object of the act must be taken into consideration…because it’s affecting the nation. From time to time straight action is taken. NCB is working day and night and dealing with drugs in serious manners.”

“My four to five officers were beaten a few days back not in this case but another case, so I am saying it is affecting the society and college students in particular. The younger generation is the future of the country. It’s the land of Mamata Gandhi, we should stop the circulation of the drug. We are looking into the chain, transition. We are in the primarily stage and it’s a case of conspiracy we are investigating,” he added.

On October 3, Khan was arrested following a raid on the Goa-bound cruise ship. He was in NCB’s custody for a few days and was later sent to judicial custody for 14 days. Last week a bail plea was filed by Khan and it was rejected by a Mumbai court.