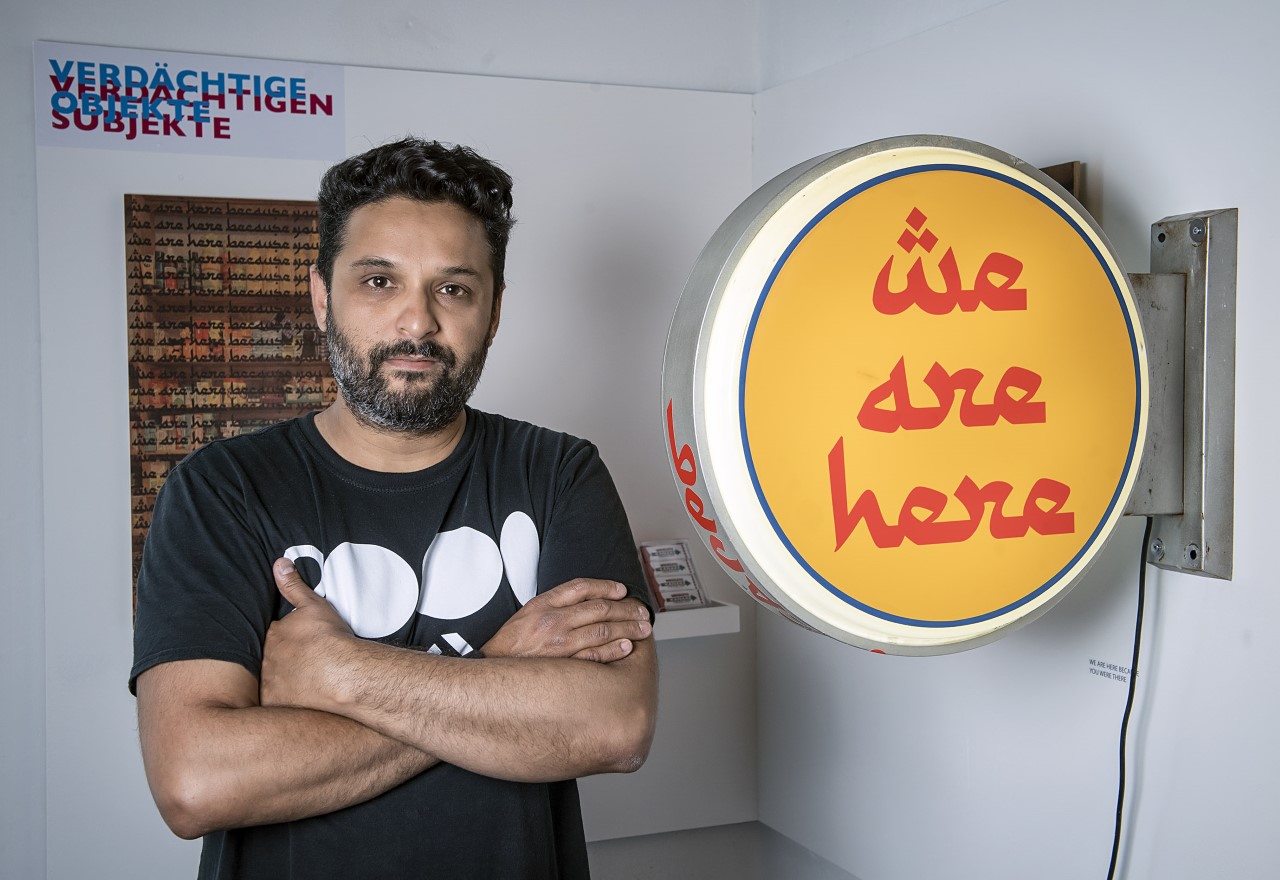 AN ART exhibition exploring the “victimisation” of Muslims in the UK and abroad is a response to the rise in racism against the community, its creator has said.

Faisal Hussain’s Suspect Objects Suspect Subjects (SOSS) analyses the impact of government policy and monitoring of the Muslim community, the multi-faceted channels used to influence bias and its subsequent effect on individuals.

Although currently available to view virtually, it will be open to view from May 18 at SOAS’s Brunei Gallery in central London (dependent on government guidance).

In an interview with Eastern Eye, Hussain said SOSS was his response to the global rise in racism against Muslims. The manner in which Muslims were represented in the media, as well as the online abuse and racist attacks the group endures were additional contributing factors.

“It was affecting who I was, so I felt the need to respond,” the 43-year- old artist explained. “I began adopting a more analytical approach to what different media were reporting and what actions the UK government was taking in different ways in Birmingham through failed surveillance and educational interventions.”

Hussain is known for using everyday items to get his point across – whether it is a kebab shop sign inscribed with the words “Go Back to Where You Hate From”, or the “positive facade but harmful core” of cupcakes to symbolise the government’s Prevent scheme.

The Birmingham-based artist is known for incorporating humour into his work too, using it as a mechanism to question perceptions on identity and race. For instance, an installation of toy guns titled Muslamic Rayguns is a reference to the viral video of an English Defence League (EDL) march from 2011. An individual partaking in the EDL event was mocked for his incoherent views on his reasons for joining the protest.

Hussain admitted using humour to break down racism was a “coping mechanism, to laugh racism out of spaces and personally to keep from the disappointment at the injustice of racism.” “More so, it is to laugh racism out, to undermine its proliferation,” Hussain said, adding: “I do not want to belittle anyone who has had to face the kinds of injustices meted out to so many people, I question it, deconstruct its parts and re-present it.”

Some of the artwork is personal too. One of the pieces Text Troll  features a text message received by Hussain from an unknown number. The anonymous messenger rejoices in the Brexit vote, claiming exiting the European Union will stop immigrants from taking “our jobs”.

Although he was initially bemused by the message, Hussain realised racism could be used as a material for the purpose of art. “It was the first time that I understood that, in a way, they were a form of readymade art,” he said.

Asked who first inspired him to create, Hussain credited his mother who graduated in fine art from Pakistan before coming to the UK. She was always involved in something creative while Hussain was growing up, he recalled. “She courageously provided the support when it wasn’t there from anyone else and from the stereotypical route of other academic subjects,” he said. “I think when you’re growing up and you don’t see yourself in the curriculum subjects or in any cultural history you begin to want to stake your claim in different ways and creativity allows that to happen.”

His family continued to be a source of inspiration and support for him throughout his career – especially during the coronavirus pandemic. Hussain admitted the past 12 months has been “difficult at times”. He has had to adopt techniques to keep on top of his mental health, he said.

But having access to a small studio and having the support of his family has been a godsend, Hussain said. “It’s been pivotal that I am constantly talking about ideas with my brother Yasser and my partner Alice,” he added.

Hussain’s work keeps him busy. He is part of a new group exhibition at Eastside Projects in Digbeth, Birmingham. Titled It might be nothing, but it could be something, it examines counter- terrorism measures in Birmingham. The artist is also the director of True Form Projects, which specialises in collecting oral histories, artefacts, and personal stories from south Asians in Britain. The initiative owns one of the largest Asian vinyl collections in the UK, with a variety of different genres and histories from the 1960s onwards.

“I hope to do some work with the collection this year and to involve some of my favourite artists to collaborate on making new work,” Hussain revealed. “Watch this space.”