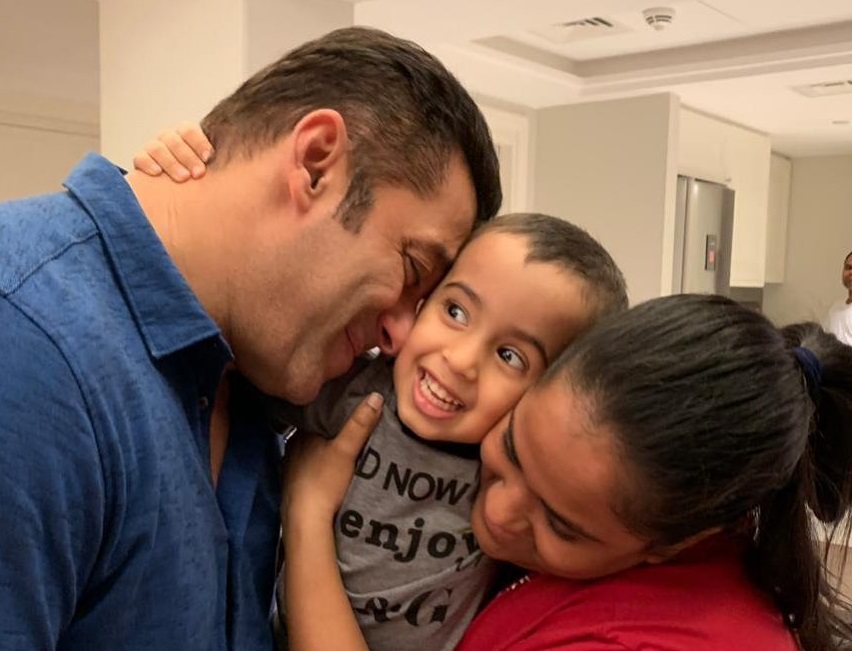 Salman Khan’s sister Arpita Khan Sharma was expecting her second child. There were reports that she will be delivering her baby on Salman Khan’s 54th birthday. And well, the reports have turned out to be true.

Arpita, who already has a 3-year-old son named Ahil, has delivered a baby girl today and named her Ayat Sharma. On her Instagram account, Arpita posted, “Welcoming our daughter into the world. Grateful & Overjoyed ?”

Welcoming our daughter into the world. Grateful & Overjoyed ?

Salman Khan loves kids and he is very close to his nephew Ahil. We have seen many pictures and videos of the actor playing with Ahil, and now, we wait for a picture of Salman with Ayat. From next year, the Mama and Bhanji will be celebrating their birthdays together.

Casually hanging: Suman’s son, Jeevan’s daughter and Prem. Who would’ve thought??? Happy birthday Salman sir. You teach us by being you, by that smile, those jokes, that laughter and those good intentions. Thank you for being you❤️ Happiest birthday ?❤️

Talking about Salman’s movies, Dabangg 3 released last week and it has received a lukewarm response. The movie took a good start at the box office but has failed to maintain well on weekdays. The actor will next be seen on the big screen Radhe: Your Most Wanted Bhai which is slated to release on Eid 2020.