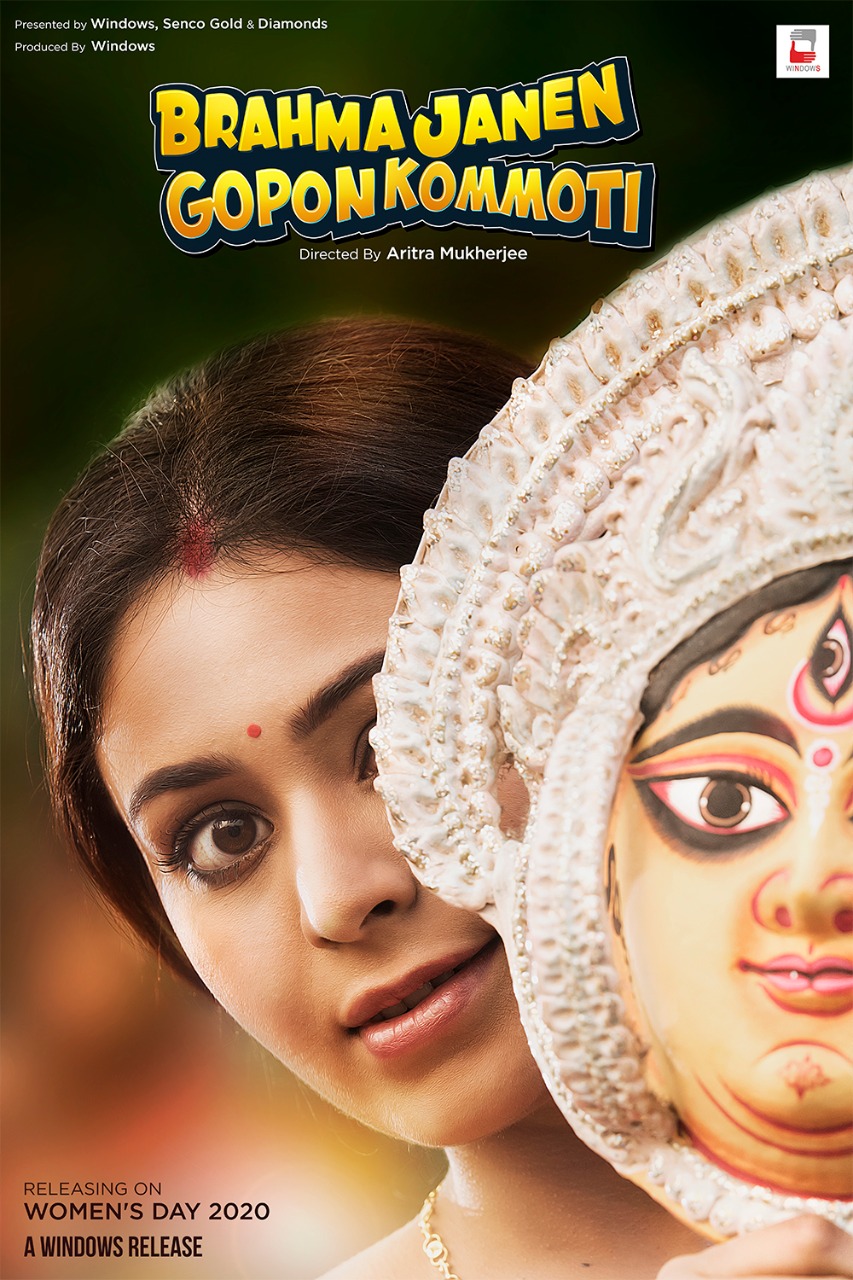 Aritra Mukherjee is beginning his directorial career with a powerful woman-oriented film, titled Brahma Janen Gopon Kommoti. Set to release in Bengali, the upcoming movie revolves around a woman priest, a lecturer and performing artiste, who gets married into an orthodox family. Soon she realizes that she has to keep one side of her being a complete secret. Thus, begins the secret life of Shabari. With his debut film, filmmaker Aritra Mukherjee aims at shattering numerous stereotypes.

Keeping in mind the strong theme of a woman priest, Mukherjee has decided to release the film on 6th March 2020 on the occasion of Woman’s day. The movie shines light on Shabari’s battle against gender discrimination in professional life as well as personal life.

The trailer of the film mentions the Shabrimala incident where women went against the norms of the male domination and patriarchy in the temple and their final win when a few women in their menstruating age managed to enter the temple. The trailer itself shows a glimpse of how the movie strongly brings out the message of how a woman can be a priest like any other male in the society and other sensitive issues of a woman’s life and her struggle.

In a male dominated society where women are often criticized for their opinions, choices, responsibilities, abilities and what they should do and what not, this trailer is certainly going to be a breath of fresh air for the audiences.

Brahma Janen Gopon Kommoti has been produced by Nandita Roy and Shiboprasad Mukherjee. It features Ritabhari Chakraborty as the female lead opposite actor Soham Majumdar who was last seen in Kabir Singh (2019).

The film is slated for its theatrical release on March 6, 2020.