ANC divisions reason why no action was taken against Gupta brothers: Ramaphosa 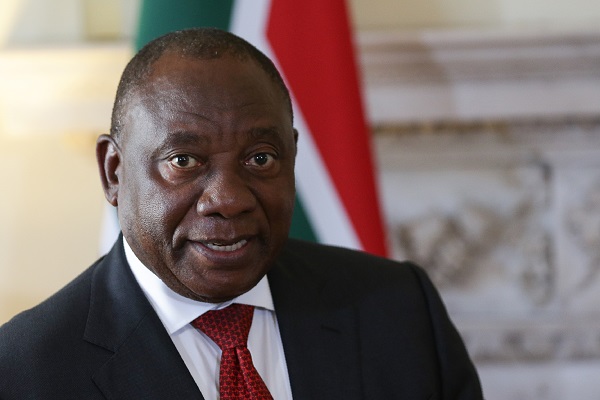 SOUTH African president Cyril Ramaphosa on Thursday (12) conceded for the first time that rifts within the country’s ruling African National Congress (ANC) stopped appropriate action from being taken against the influential Gupta family from India for its alleged involvement in a huge state capture.

While appearing before the State Capture Commission, Ramaphosa said while referring to the Gupta family that key people were placed strategically and that played a role in fully capturing the state.

“They had ensconced themselves quite neatly into the various structures. They had acceptance; they had approval, and they had access; so yes, the red flag having been raised, it was not heeded. We should say that,” Ramaphosa, 68, said, referring to the relationship between former president Jacob Zuma and the three Gupta brothers accused of siphoning billions of rands from state entities and provincial governments.

Warnings were aired over Guptas’ connection with Zuma

The president conceded before the commission that some party members had tried to caution the ANC about the relationship.

“Yes, I think a red flag was raised and the level of alertness should have been there. I think that with the Gupta family, we were blind-sighted by the fact that this family were friends to the ultimate leader of our party. But there were occasions when for instance transport minister Fikile (Mbalula) mentioned it in the National Executive Committee (of the ANC),” Ramaphosa, whose government recently faced a massive challenge in fast-spreading riots across South Africa over the imprisonment of Zuma for contempt of court, said.

Ramaphosa praised Mbalula for being ‘brave’ to raise at that level the fact that the Guptas had informed him months before his appointment that this was imminent, long before Zuma made the appointment. Several other former ministers have also testified at the commission about similar situations.

The president also spoke on the infamous landing of several guests from India for a lavish wedding of a family member at a national key point.

“When the plane landed at air force Waterkloof base, the then secretary-general (Gwede Mantashe) spoke out against this almost immediately and when I had the occasion when the Gupta brothers came to ANC headquarters to discuss this and other matters with us, I was one who specifically raised this and said that this should never have happened as it put our president, who is your friend, in great difficulty,” Ramaphosa said.

“There was contestation in the party about how we deal with these matters – the factionalism, the division in the party and how you react to acts of corruption,” he added.
The commission has also been hearing evidence about how the Gupta brothers influenced key top positions at institutions such as national electricity supplier Eskom and transport authority Transnet, which are now in dire straits after following years of exploitation.

The Guptas are currently believed to be in self-exile in Dubai, with South African authorities having started extradition proceedings for them to be returned to face criminal charges.

The three Gupta brothers – Ajay, Atul and Rajesh — and their wives and children reached South Africa from Saharanpur in the northern Indian state of Uttar Pradesh in the 1990s when democracy dawned with the release of the iconic Nelson Mandela, to grow their business empire.

Later, from a humble shoe store at a shopping centre, the Guptas set up a multi-million rand empire in information technology, media and mining, much of it through what is being seen now as having been done through using their closeness to Zuma.

Indians caught up in South Africa looting and violence