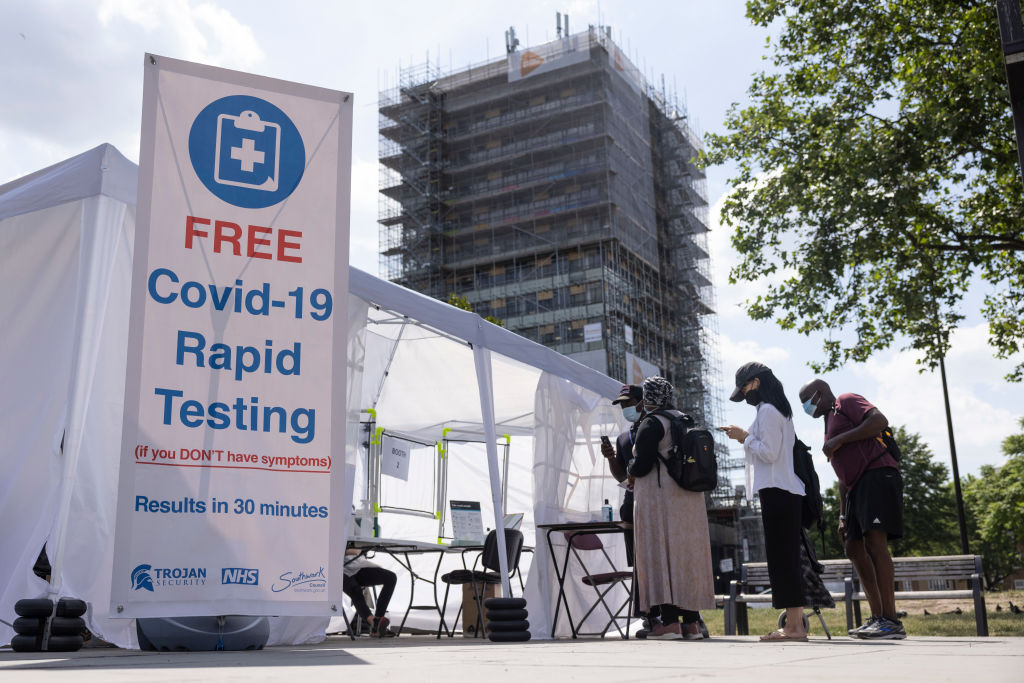 A Covid-19 rapid testing facility set up in Elephant and Castle on June 15, 2021 in London, England. (Photo by Dan Kitwood/Getty Images)

AS Oxford Nanopore confirmed its plans for stock market floatation later this year, market analysts are upbeat about its potential valuation.

The biotech company was valued at £2.4 billion when it raised £195 million in May this year and analysts at Jefferies believe it has the potential to reach a valuation of £3.9bn.

Oxford Nanopore would have “scarcity value” as one of the few biotech companies listing on London’s stock market, Julian Roberts of Jefferies told The Telegraph.

He said the company, which is yet to make profits, could have fetched a higher valuation if it were to list on the Nasdaq.

In a filing to the London Stock Exchange, the genome sequencing company said it intends to have a free float of “at least 25 per cent” of its share capital.

The initial public offering (IPO) would comprise new shares to be issued by the company and an offer of existing shares, it said.

Among the potential risks, the biotech company warned that rivals could attempt to call into question the reputation of its chief executive Gordon Sanghera.

Referring to a patent case in an American court involving Sanghera, the company said, “litigation counterparties will attempt to impugn the integrity of the group and/or its management when involved in intellectual property litigation”.

When Sanghera was director of research and development for the diabetes vertical of Abbott Laboratories, a California court judge found him guilty of inequitable conduct, The Times reported.

It was found in 2008 that there was “materially misleading omission” in his direct representations to the US Patent and Trademark Office.

Based at the Oxford Science Park, it also has offices in Shanghai, Beijing and San Francisco, employing more than 600 people, 500 of them in the UK.

Founded in 2005 as a spin-out from the University of Oxford, the company provides DNA/RNA sequencing technology for biomedical, pathogen, plant and animal scientific research, infectious diseases and food and agriculture sectors.