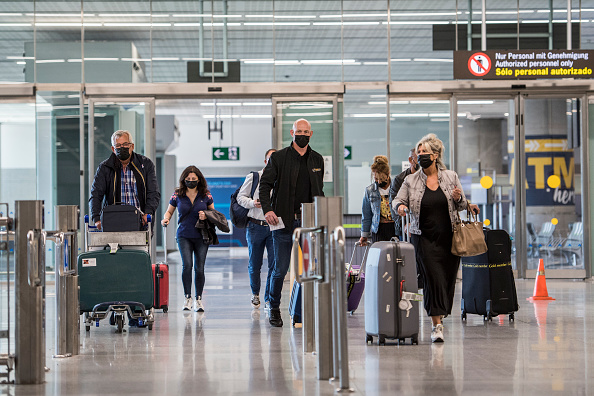 PLANS to create an “amber watchlist” for countries at risk of moving to red have been shelved after a revolt in the cabinet and a backlash from the travel industry, media reports said on Tuesday (3).

The plans for the extra level namely “amber watchlist”- other than existing red, green and amber- are said to be killed off by UK chancellor Rishi Sunak and transport secretary Grant Shapps over fears that such a move may leave holidaymakers in limbo.

The news comes after prime minister Boris Johnson said he wanted a “simple” and “user-friendly” system for travellers which can also help stop the importation of new variants of Covid-19.

“I understand how much people plan, prepare, for the summer holidays,” Johnson said earlier on Monday (2), adding that “we have to have a balanced approach”.

Proposals of adding “amber watchlist” were in discussion after fears that a new variant may get carried back with travellers from Spain, Italy or Greece over the summer.

However, the proposal prompted alarm among Tories over fear that it will affect millions of tourists planning trips to those countries.

The next update to the travel list system is due on Thursday (5).

Meanwhile, Labour said scrapping the watchlist idea showed the Tories were “in total chaos” over their pandemic borders policy.

“Not only have ministers failed to protect our borders, allowing the Delta variant to reach the UK in such force, but time and time again they’ve refused to be straight with the public and industry,” Shadow transport secretary Jim McMahon said, stated the reports.

Johnson’s decision to dump the plans to add an extra level in the traffic light system is reportedly welcomed by the travel industry.

Tim Alderslade, chief executive of the air travel industry body Airlines UK, hailed the government move claiming “people want a clear and consistent travel system that they can understand and that is workable”.

He also urged the government to go further and include more countries on the green list, exempting them from quarantine requirements.