Actresses who ruled the silver screen with their performances in 2019 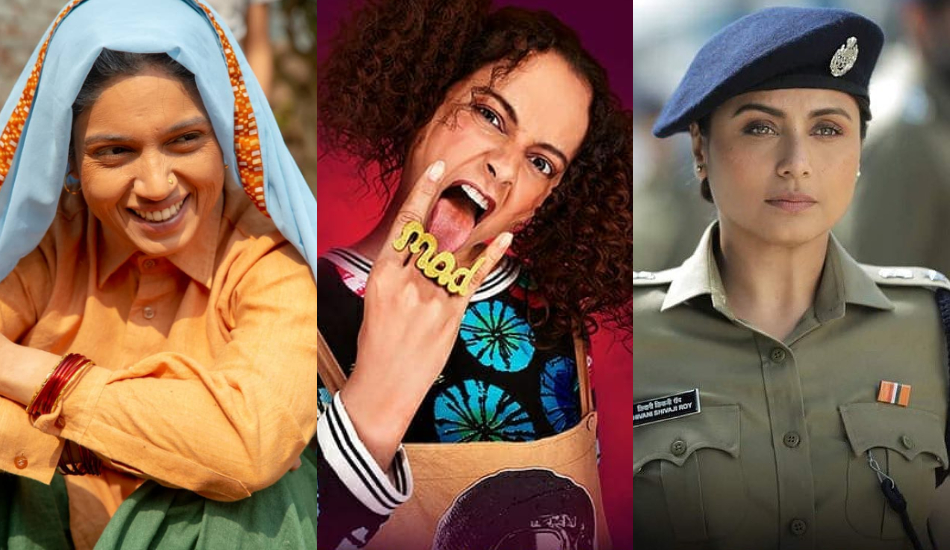 From the past few years, there’s a shift in Bollywood. We are watching movies where female leads are not just to dance and look glamorous, but they are getting author-backed roles. In 2019, many actresses gave fantastic performances and also proved their stardom by giving box office hits.

So, today let’s look at the list of actresses who ruled the silver screen with their performances…

In January 2019 released Manikarnika: The Queen Of Jhansi. Kangana Ranaut nailed it as Rani Laskhmibai on the big screen. Then in July released Judgementall Hai Kya in which Kangana gave her career’s best performance. She deserves awards for her performance in both the movies.

Bhumi Pednekar starred in four films in 2019, Sonchiriya, Saand Ki Aankh, Bala and Pati Patni Aur Woh. But it was Saand Ki Aankh in which she stood out. The actress was simply fantastic in the movie and did a great job as Chandro Tomar.

Rani Mukerji is undoubtedly one of the most talented actresses in Bollywood. With each and every film, she surprises her fans. This year we saw her as Shivani Shivaji Roy on the big screen in Mardaani 2 and Rani once again proved her mettle as an actress. She was mind-blowing especially in the climax of the movie.

Priyanka Chopra (The Sky Is Pink)

Priyanka Chopra made her Bollywood comeback after a gap of three years with Shonali Bose’s The Sky Is Pink. Though the film didn’t do a great business at the box office, Priyanka was exceptional as Aditi Chaudhary in the movie. Now, we wait to see her in more Bollywood movies.

After Tumhari Sulu in 2017, Vidya Balan came on the big screen in Mission Mangal after a gap of nearly two years. Well, the wait was worth as Vidya was wonderful in Mission Mangal. She was actually the soul of the film and stood out in the multi-starrer.

In 2018, Kareena Kapoor Khan starred in the film Veere Di Wedding. This year, we saw her in Good Newwz and she looked like a million bucks in the film. But apart from looking gorgeous, Kareena has given a very mature and confident performance in the film and that’s why she has made it to our list.

Box-office wise it wasn’t a great year for Sonam Kapoor as both her films Ek Ladki Ko Dekha Toh Aisa Laga and The Zoya Factor failed to mint money. However, in both the movies, Sonam performed very well. In ELKDTAL, Sonam played a different role and impressed one and all, and in The Zoya Factor, we got to see the quintessential Sonam Kapoor.

Yami Gautam clearly had a great 2019. She starred in two blockbusters and also proved her mettle as an actress. She was damn good as an intelligence agent in Uri: The Surgical Strike and was awesome in Bala. In the latter, she made us laugh out loud with her performance and stood out in the star cast.

Last but not least, we have Alia Bhatt on our list. The actress impressed us a lot as Safeena in Gully Boy and was amazing as Roop in Kalank. She once again proved that she can carry any role given to her.