Actress, writer and comedian Ojla on finding her niche 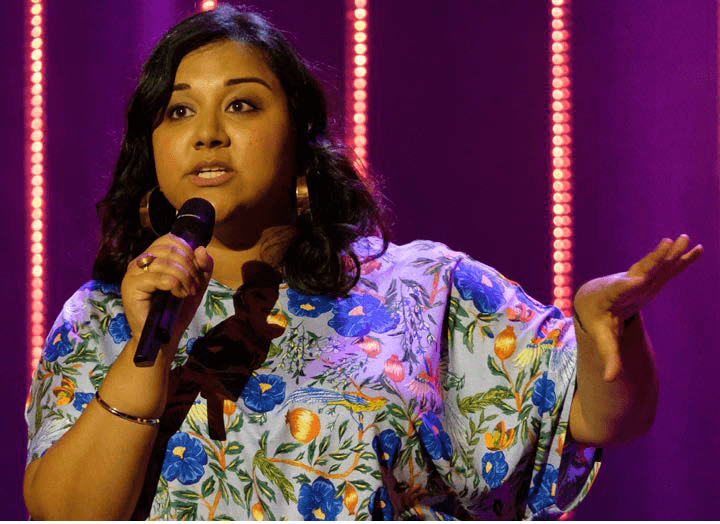 THERE seems to be very little that actress, writer and stand-up comedian Sukh Ojla can’t do.

One of the best-kept secrets in the UK, Sukh is being discovered by an increasing number of people who are wowed by her all-round talent and ability to entertain. I caught up with a rising star you will be hearing a lot more about in the coming years to talk about her creativity, comedy, future hopes and inspirations.

What first connected you to creativity?
I think we are all creative in our own way. If you look at children, they are constantly creating in an unconscious way, but unfortunately we lose that ability as we get older. I have always loved making up stories and had a whole host of imaginary friends when I was young, which I put down to being a very shy, only child.

What came first, the writing, comedy or acting? And which one is your biggest passion?
I went to drama school at 18 as I had no desire to go to university. Comedy is relatively new to me and I’ve only been performing stand-up since 2016, but I enjoy it hugely as performing live is my first love. They all feed into each other for me so I enjoy them all equally, depending on what I’m working on.

Which is the most challenging of the three?
They all come with their challenges – the acting industry is one of the toughest, in my opinion. The competition is immense and being a talented actor is not necessarily
enough. Performing stand-up has to be the most terrifying as there is no script
and therefore no safety net when you’re on stage.

Which among your acting projects has given you the greatest satisfaction?
I would have to say that performing in my play Pyar Actually was hugely satisfying.
Hearing the audience response to my work was incredible and, at times, overwhelming. I learned a lot about the production aspect of the theatre, which was fascinating.

What would your dream role be?
I would love to do the classics – Shakespeare, Ibsen, or Chekhov. It would be a real departure from the work I’ve done so far and quite far out of my comfort zone.

As a writer, where do you draw your inspirations from?
I am a great believer in that old adage, ‘write what you know.’ My stand-up and my play both draw from the world I live in as a British-Asian woman in the UK, whether that is my local community, my mum or my childhood experiences.

What most connects you to comedy?
Put simply, I love making people laugh. Who doesn’t? I truly believe in the healing effects of laughter and think there is nothing better than bonding over humour. So you must enjoy doing stand-up comedy. I love doing stand-up; even the tough gigs are useful as they teach you so much.

In terms of comedy, what inspires you most?
Watching other female comedians and BAME comedians inspires me to keep going and work harder.

What don’t you find funny?
I don’t like it when comedians ‘punch down’ under the guise of freedom of expression. Just like in day-to-day life, I don’t think there is any excuse for making jokes at the expense of a less powerful group of people.

What are you working on at the moment?
I am currently writing a stand-up show called For Sukh’s Sake to take to the Edinburgh Fringe Festival this year. It is an honest look at having to move back home, mental health and dating.

What is the master plan going forward?
I don’t like to have a set plan, I’m really happy with the opportunities coming my way. I’d love to have my own radio show and podcast one day. You have explored comedy, acting and writing.

Are there any other avenues you plan to try?
I would like to explore directing and filmmaking. There are some fantastic female directors out there who are doing excellent work in a male-dominated industry.

Do you think it has become easier for women in the creative fields?
We still have a long way to go to reach equality, especially when it comes to being paid the same as our male colleagues, but things are changing slowly but surely.

What is the best advice that you ever got?
Action cures fear. I suffer from anxiety and depression and it can feel paralysing, so taking action, however small, is empowering.

What motivates you most today?
I spent most of my 20s doing jobs I hated because I doubted my ability. Although I believe
that experience has helped shape me, I don’t want to waste any more time.

Why do you love acting, comedy and writing?
I am a performer through and through, it’s in my blood and I couldn’t imagine doing anything else. I love connecting with people through my work and get the most satisfaction from doing work that resonates with people from all backgrounds.

Asees Kaur: Voice of a winner