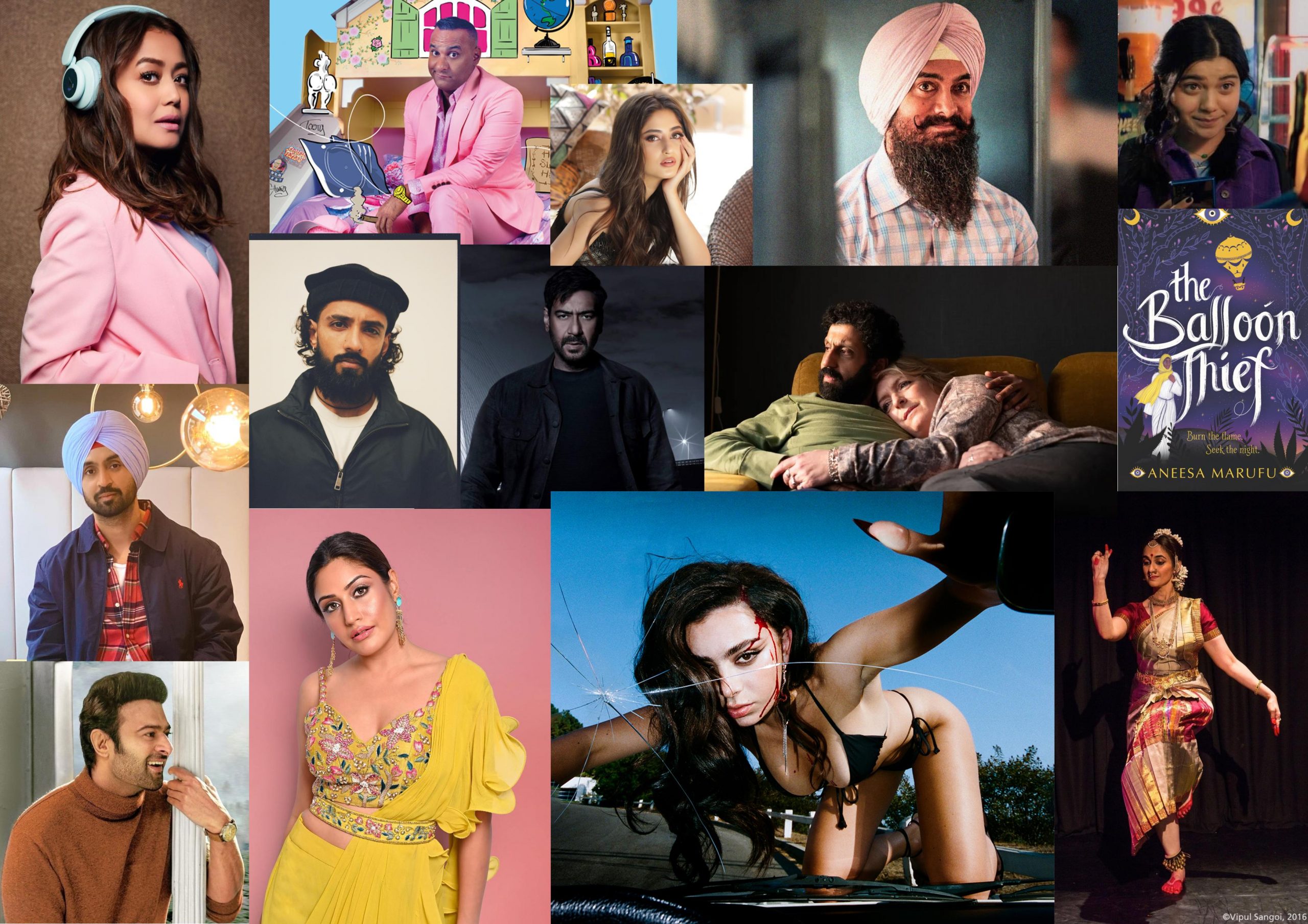 EXPECT AN ACTION-PACKED YEAR FILLED WITH ENTERTAINMENT AND TALENT

THE world slowly opening back up again after the awful pandemic means there will be plenty to look forward to this year.

From great live events and delayed movies finally releasing to emerging talent, boundary breaking artists and unexpected surprises, it looks like being an action-packed 12 months.

Eastern Eye decided to look ahead and give a run-down of 22 things to look forward to in 2022.

1. Return of the king: Bollywood superstar Shah Rukh Khan hasn’t been seen on the big screen since 2018 film Zero and will make a welcome return this year with exciting new projects. The first of these will be action-entertainer Pathan, which co-stars Deepika Padukone and John Abraham. Also look out for him making a guest appearance in Rocketry: The Nambi Effect, which will be released in multiple languages, and headlining the film Lion, helmed by ace Tamil film director Atlee.

2. Bollywood blockbusters: A host of high-profile Hindi films will be releasing this year, including those that were delayed due to the Covid-19 pandemic. 2022 films to look out for include Pathan, Jayeshbhai Jordaar, Shamshera, Maidaan and Brahmastra, but the most interesting are two remakes. The first is Aamir Khan starrer Laal Singh Chaddha, which is a remake of Hollywood film Forrest Gump, and then there is the Bollywood adaptation of Tamil language action thriller Vikram Vedha, which stars Hrithik Roshan and Saif Ali Khan.

3. Prabhas: This will be a huge year for India’s biggest pan-Indian film star Prabhas. The massively popular actor is expected to clock up huge box office numbers with his films, which will be released in multiple languages. His 2022 releases include period romantic drama Radhe Shyam, historical fantasy film Adipurush and action thriller Salaar.

4. Laughter: The stand-up comedy scene is red hot right now with more great British Asian talent on the live circuit than ever before. So, there will be super stand-up comedy shows to attend throughout the year. Some of the very best talent to look out for includes Paul Chowdhry, Sukh Ojla, Tez Ilyas, Paul Sinha, Ahir Shah and the ensembles assembled by the Desi Central shows. Popular comedian Nish Kumar starts the UK tour of his new stand-up show Control from February 2. Canadian comedy king Russell Peters will be touring UK in May with his new show Act Your Age, with performances at Utilita Arena in Birmingham (17), SSE Arena in London (19) and O2 Apollo in Manchester (21).

5. Big Live shows: The A-list Indian singers who have postponed tours because of the Covid-19 pandemic will return with huge concerts across the UK. Some of the big names who have already confirmed UK tours for 2022 include Arijit Singh, Neha Kakkar, Shaan, Satinder Sartaaj, B Praak, Atif Aslam, Jubin Nautiyal and Bollywood singing queen Shreya Ghoshal. Also expect more shows to be announced in the coming months, including another tour from Rahat Fateh Ali Khan. 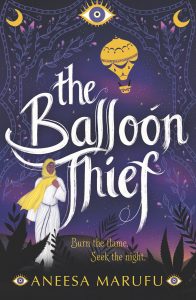 6. Books: 2021 was a really great year for British Asian literature and included many delightful debut books by talented new writers. There are many great books to look forward to in 2022. Some of these include Thirty Things I Love About Myself by Radhika Sanghani (January 20), Brown Girl Like Me by Jaspreet Kaur (February 17), Sex Bomb by Sadia Azmat (March 3), The Balloon Thief by Aneesa Marufu (March 3), Sunny by Sukh Ojla (March 3), Life Is Sad And Beautiful by Hussain Manawer (May 12), The Movement by Ayisha Malik (July 7) and In Case of Emergency by Poorna Bell (July 7).

7. A Brit of Hollywood: This will be another great year of British Asians starring in huge Hollywood projects. Those who have confirmed projects on the way include top talents Himesh Patel, Riz Ahmed, Naomi Scott, Kunal Nayyar and Dev Patel. But perhaps most interestingly of all, Jameela Jamil will be playing the fearsome villain in the new She-Hulk movie. Shazad Latif will play Captain Nemo in a new Disney Plus series.

8. Dynamite Diljit: The biggest Punjabi star in the world is undoubtedly Diljit Dosanjh and he will carry on his impressive recent run with more power-packed projects. Look out for hit songs from him, a big UK tour, a Punjabi movie, social media madness and a whole host of other exciting things. Don’t be surprised if the unstoppable force of nature signs up for another Bollywood film and a western mainstream project.

9. Regional Indian films: Bollywood has been eclipsed by regional language films recently and that trend will continue in 2022. So, expect some great Tamil, Telugu and Punjabi films being widely released. Also, look out for hidden Kannada, Malayalam and Gujarati gems on streaming sites. The biggest of these to look out for will be RRR, which is the latest offering from Baahubali director SS Rajamouli, and will be released in multiple languages. Other big regional language films to look out for include Beast (Tamil), Valimai (Tamil), Jodi (Punjabi), Acharya (Telugu) and Ram (Malayalam).

10. Ms Marvel: Hotly anticipated superhero series Ms Marvel will finally premiere this year and is expected to release in the summer. Iman Vellani plays the Pakistani American teenager, who develops superpowers and will be Marvel’s first Muslim lead character. An interesting aspect will be familiar south Asian stars like Fawad Khan popping up in various episodes. Others in the cast include Mohan Kapur and Zenobia Shroff, playing the protagonist’s parents.

12. Bright British projects: Although it has a long way to go, British film and television is becoming a lot more inclusive, and this means there are some interesting projects featuring south Asian talent to look forward to. British actor Shazad Latif
stars in romantic comedy What’s Love Go To Do With It and the thriller Freegard. Adeel Akhtar plays the lead role in the film Ali & Ava, which premiered at festivals last year to positive reviews and releases in UK on February 4. There are a host of smaller independent films with British Asian cast in production. In terms of television, look out for Parminder Nagra in crima drama DI Ray and a second season of hit comedy We Are Lady Parts.

13. Wonderful web serials: There are great web serials being made around the world that will light up streaming sites this year. Look out for a Hollywood adaptation of best-selling India set novel Shantaram, headlined by Charlie Hunnam. Shahid Kapoor makes his web debut with a hotly anticipated thriller and Ajay Devgn headlines Rudra – The Edge Of Darkness, which is the Indian adaptation of British series Luther. Other movie stars making their web debuts this year include Madhuri Dixit (Finding Anamika) and Sonakshi Sinha (Fallen). There will also be great drama serials coming out of Pakistan and plenty of sequels like a third season of Netflix comedy Never Have I Ever, and a second series of Hotstar crime drama Aarya.

14. Awesome album: There were some great album releases in 2021 and that trend will continue this year. An outstanding one to look out for will be the fifth studio album from pop superstar Charli XCX. The half Indian British singer-songwriter revealed the album titled Crash would be about her relationships, sex, and power. It will also be accompanied by a huge live tour.

16. British independent artists: After a terrible few years, the British Asian music industry is slowly re-emerging and that is largely thanks to a new wave of independent artists blazing a trail of fire with the tracks. One of the outstanding talents to look out for is Raf-Saperra, who is breathing life back into the UK Punjabi music scene with his unique brand of contemporary folk songs.

17. Terrific tribute: In April 2020, there was supposed to be a tribute concert at Royal Festival Hall in London headlined by huge stars to mark the 100th birth anniversary of Pandit Ravi Shankar. It was rescheduled to April 2021, but postponed again and will now be staged at the same venue on March 5. The late sitar maestro’s daughters Anoushka Shankar and Norah Jones will headline a show that has huge names performing. It will be one of this year’s best concerts. Hopefully, it isn’t postponed again.

18. Lollywood: The impressive recent rise of Pakistani cinema will continue with more high-profile films. The standout one to look forward to is the long-delayed The Legend Of Maula Jatt, which stars Fawad Khan, Mahira Khan, Hamza Ali Abbasi and Humaima Malick. Also look out for Pakistani star Sajal Ali in her international debut film What’s Love Got To Do With It.

20. Less restrictions: The lifting of the lockdown restrictions means there will be more live events this year than the past two combined and less cancellations. From outdoor events like melas, to arena concerts, parties, and festival celebrations, 2022 will be the full-fledged return of big gatherings loaded with a great atmosphere. Keep an eye on Eastern Eye’s What’s On page.

21. Opportunities: Those who want to get involved in the creative industries will have plenty of great opportunities. A greater push for diversity means broadcasters, film/TV/radio producers, literary agents and casting directors are actively looking for new talent. Plenty of funding is also available for those of ethnic origin from organisations like Arts Council, private sector charities and new initiatives, specifically for south Asians. There are also mentoring schemes from leading TV channels, theatre groups and arts charities.

22. New talent: Amazing new talent emerges every year and that trend will continue in 2022. So, look out for new stars being born on diverse mediums, including film, television, streaming sites and in the music industry. Your number one newspaper Eastern Eye will be there each step of the way as your guide and friendly companion to discover the new stars first.