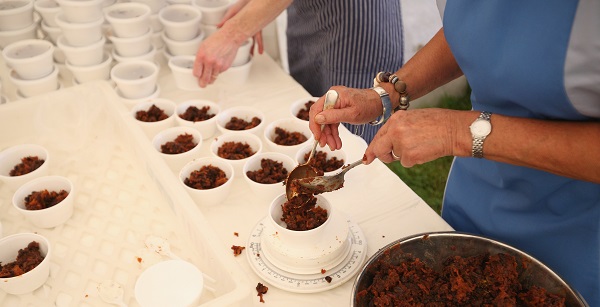 Matthew Walker which supplies retailers from Aldi to Harrods and is being marketed by Boparan’s 2 Sisters Food Group (Photo: Oli Scarff/Getty Images).

The business is apparently auctioning Matthew Walker, a pudding manufacturer which supplies retailers such as Aldi and Asda, as it struggles to contend with a series of debts.

According to reports, advisory firm Stamford Partners has been appointed by 2SFG to handle the sale process, which is expected to reach £80 million.

The 2SFG website states the business directly employs about 120 people. The group has struggled in recent times as it decreased its operations in the wake of a food standards scandal in 2017.

An investigative report by ITV and The Guardian uncovered a number of breaches in food hygiene standards at the company’s West Bromwich poultry processing site, leading to the suspension of production at the facility for five weeks.

The company sold pizza brand Goodfella’s for around £200m and its red meat operations to an Irish manufacturer for an undisclosed sum last year.

In December 2018, the group also sold off a child sandwiches, wraps, and rolls unit to Samworth Brothers.

2SFG, which was founded in 1993, supplies poultry products to some of the country’s major supermarket chains, including Marks & Spencer, Tesco, Sainsbury’s, Aldi, and WI.

Boparan, known as the ‘the chicken king’ stepped down as CEO of 2SFG, after 25 years.