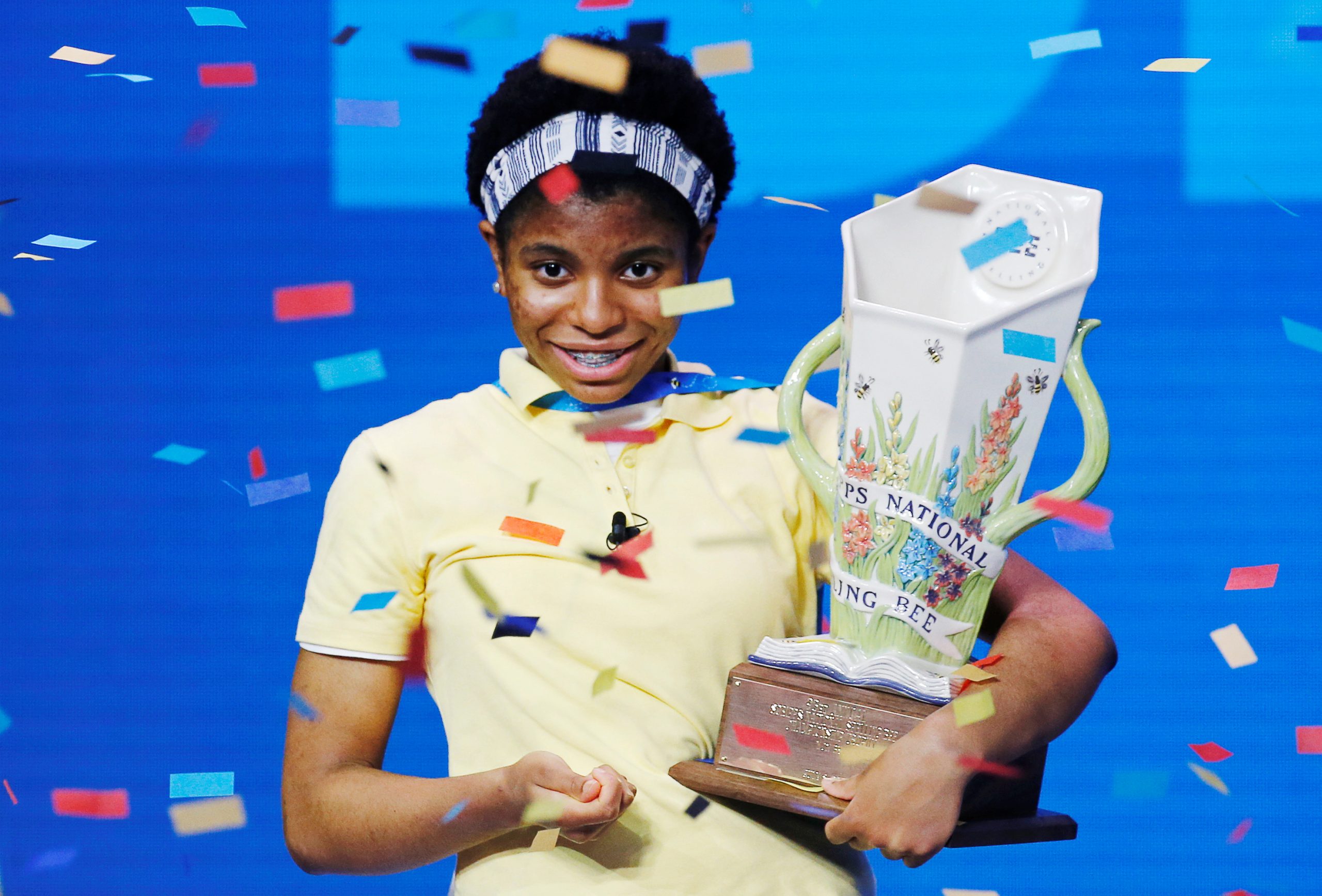 ZAILA AVANT-GARDE, 14, made history on Thursday (8) by becoming the first African-American to win Scripps National Spelling Bee, a competition which otherwise said to be dominated by contestants of Indian heritage.

The teenager from New Orleans, Louisiana, cruised to victory by correctly spelling ‘Murraya,’ a genus of plants, staying cool after a near miss with a botanical word in a previous round. She also correctly spelled “querimonious” and “solidungulate” to reach the winning point.

Avant-garde is the first Black contestant to win since Jody-Anne Maxwell of Jamaica in 1998. Despite practicing for spelling bee for upto seven hours a day, the teen describes spelling as a side hobby, saying her main focus is on becoming a basketball pro.

“For spelling, I usually try to do about 13,000 words [per day], and that usually takes about seven hours or so,” BBC quoted the home-schooled teen.“We don’t let it go way too overboard, of course. I’ve got school and basketball to do.”

Apart from being an accomplished basketball player, she also has several Guinness world records to her name for dribbling multiple basketballs at a time.

Avant-garde claimed the $50,000 top prize after appearing relaxed and bantering with the judges and moderators, despite her struggle with ‘Nepeta,’ a word for another plant genus.

Among those congratulating Avant-garde on her victory was Barack Obama, the first Black American president.

“Three Guinness World Records and now the national spelling bee champ! Congrats, Zaila — your hard work is paying off. We’re all proud of you,” Obama tweeted.

Bhavana Madini, 13, of New York finished third with the $15,000 prize, after being eliminated on ‘athanor,’ a type of furnace.

It is the first time since 2008 that at least one champion or co-champion of the contest is not of South Asian descent.