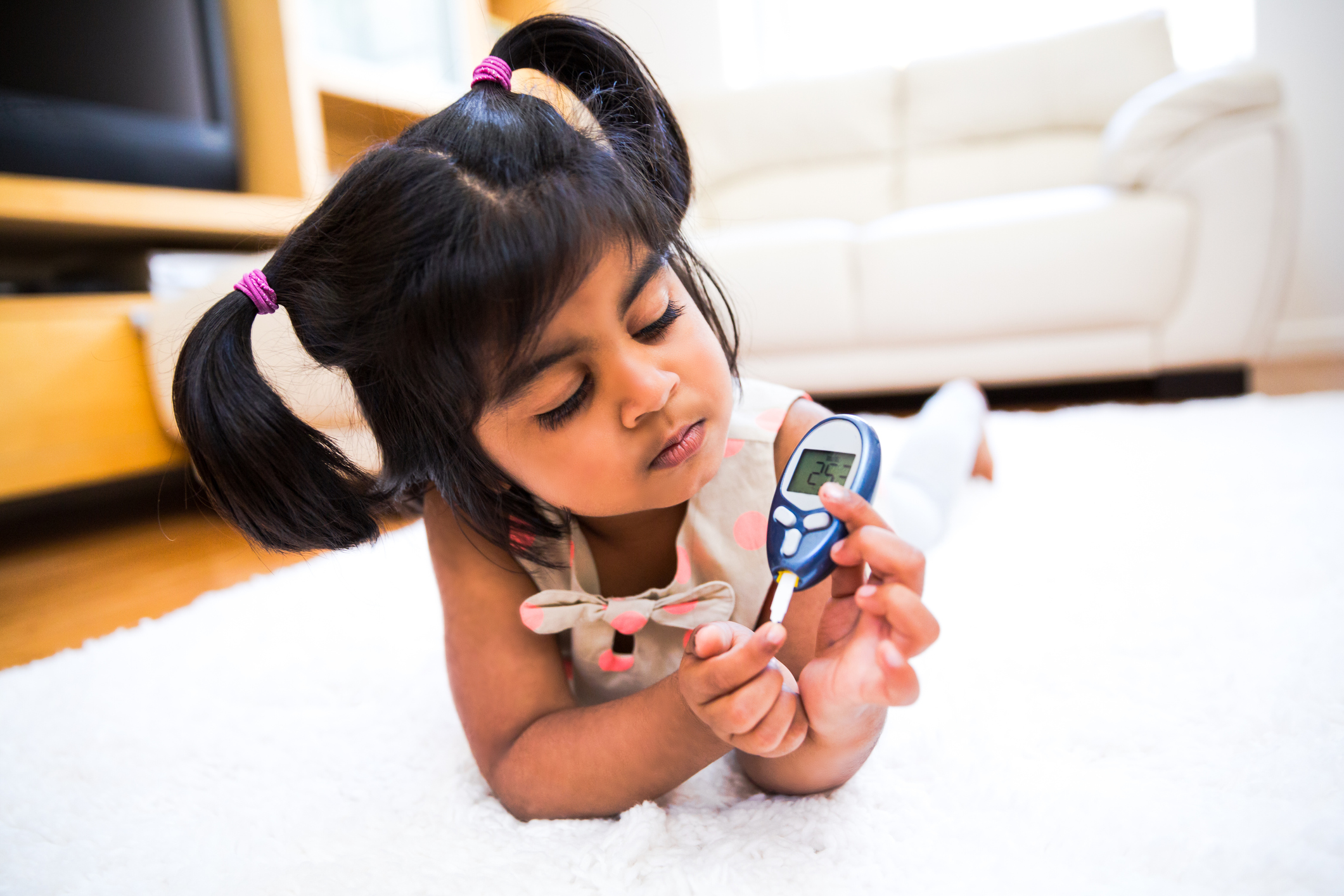 RAISING AWARENESS: More children under the age of 10 are being diagnosed with diabetes, healthcare experts have warned
Follow Us

According to NHS Digital analysis, 122,780 children and young adults under the age of 40 are living with the disease in the UK. The condition affects 1,560 people aged 18 or under.

Of those identified, young people under the age of 40 with type 2 diabetes are more likely to be of ethnic minority origin. The research noted that Asians were particularly affected.

Esther Walden, senior clinical advisor at Diabetes UK, said experts still did not fully understand why ethnic minorities were at an increased risk of developing type 2 diabetes at a young age.

“However, people from south Asian backgrounds are more likely to experience insulin resistance (poor glucose control) at a younger age,” she told Eastern Eye on Monday (16). “This may be linked to how fat is stored in the body – for example, a build-up of fat around the middle can impact your health and increase the risk of type 2 diabetes.”

‘Obesity is the earliest alarm bell for type 2 diabetes’

Dr Siva Sivappriyan, a consultant in diabetes and endocrinology, said they are seeing more children – younger than 10 years old – diagnosed with the condition. Obese children at any age have a two-or three-fold increased chance of getting diabetes, he noted.

The NHS research showed young people with type 2 diabetes were more likely to be classified as overweight or obese. Earlier this year, government research found 9.9 per cent of reception-age children (ages 4-5) were obese, with a further 13.1 per cent overweight.

At age 10-11 (year 6), 21 per cent were obese and 14.1 per cent overweight. “In a way, obesity often is the earliest alarm bell for type 2 diabetes,” said Dr Sivappriyan, who is also an honorary senior lecturer at Kings College London.

Echoing Walden’s views, he cautioned that obese children may get symptoms of insulin resistance. Dr Sivappriyan highlighted type 2 diabetes in young people has an “entirely different course” than the typical type 2 diabetes which occurs with ageing.

“Their pancreas fails earlier and will need insulin earlier than type 2 diabetes at a later age,” he explained. “Unfortunately, diabetes in this age group will affect the children in many ways, including their career choices and broader social-economic grounds.”

He added: “In the Asian community, this also has stigma and fear of refusal of their customary rights, such as marriage.”

NHS researchers also found that young people who had type 2 diabetes were much more likely to live in an area of social deprivation. Walden noted that socio-economic deprivation disproportionately affected those from ethnic minority backgrounds.

People from the Pakistani and Bangladeshi ethnic groups were over three times as likely as white British people to live in the most income-deprived 10 per cent of neighbourhoods, government analysis revealed last summer.

Walden said it was vital that healthcare providers were aware of how the risk of
type 2 diabetes varied with ethnicity, to “ensure that they can tailor support to the
communities they serve”.

She also called for more education on the issue among the ethnic population. “Raising awareness among these communities at an earlier age is vital to ensure
everyone is armed with the knowledge and support to minimise their risk of type
2 diabetes,” Walden said.

Addressing Eastern Eye readers who may have concerns about their children’s health, Dr Sivappriyan advised speaking to a healthcare professional. Symptoms
to look out for include excessive thirst, urination, and weight loss. “If your child is diagnosed early, we can prevent any complications related to diabetes,” he added.