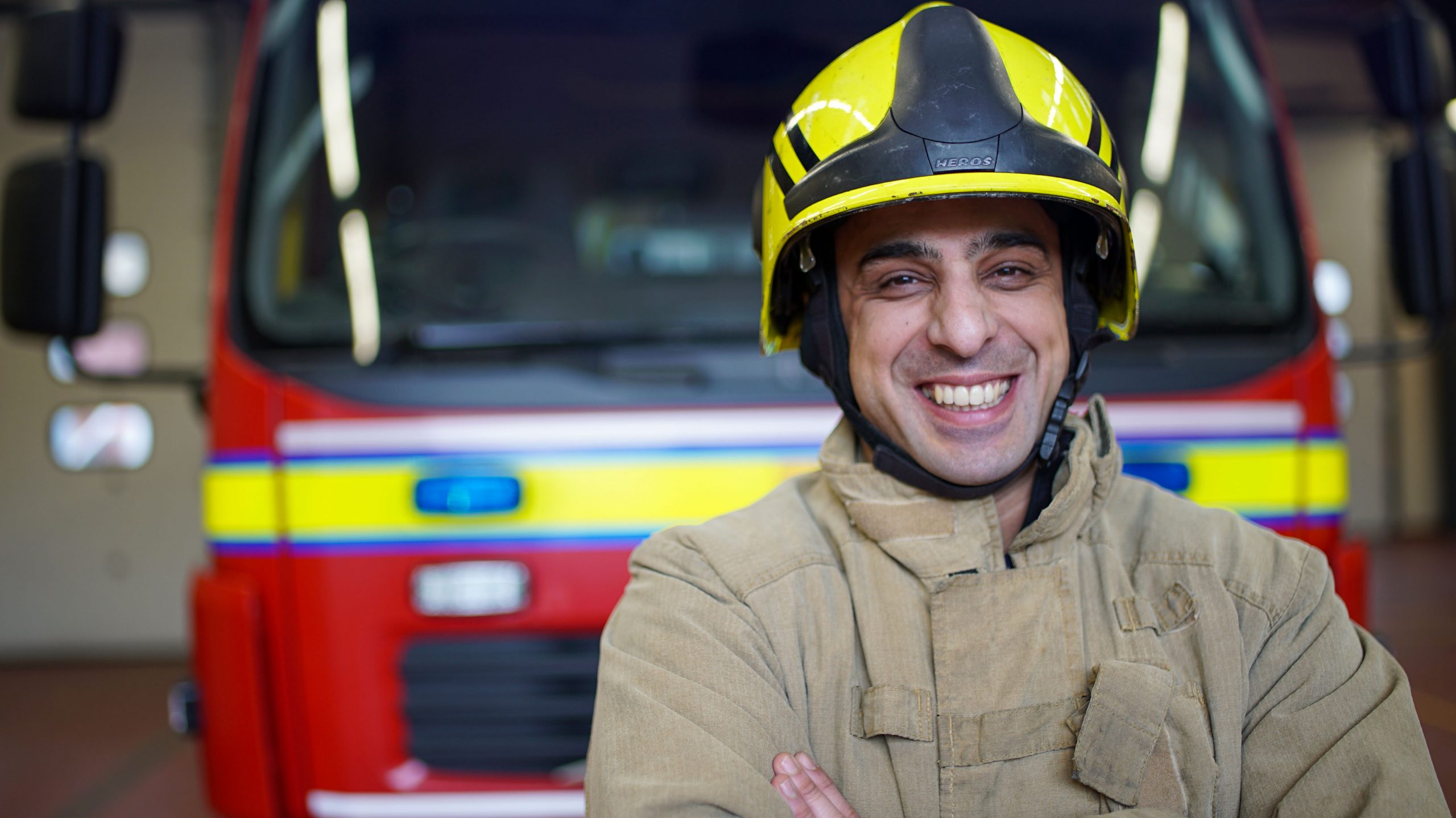 A BRITISH ASIAN firefighter has revealed how his cultural background has helped
him build relations within his local community.

Asif Mahroof, 42, has worked for the West Yorkshire Fire Service for 15 years. Acting
as the crew commander at Dewsbury station, he features in the BBC Two documentary series Yorkshire Firefighters, which goes behind the scenes of real-life
999 call-outs.

Mahroof, who is of British-Pakistani descent, can speak five languages – English, Urdu, Punjabi, Gujarati and Arabic. His language skills have helped him connect with members of the ethnic community whose first language is not English, he said.

In the early days of his career, the fire service organised a safety drive but some households were reluctant to engage with it. Being able to speak the language helped Mahroof to gain trust. “I can’t tell you how many times it has come in handy,” he told Eastern Eye last week. “Some of the households we couldn’t get into were primarily due to cultural and language barriers and I’ve never had an issue getting in anywhere. I think language plays a big part in that.”

Mahroof has also assisted in connecting with local community centres and places of
worship. On one occasion, he spoke to local leaders about the rise in small fires started by teenagers in the area. “I approached a local community leader (I knew), and he then arranged further meetings,” he explained. “And within that week, these spurt of fires we had on a regular pattern stopped. Having contacts in the community or knowing where to go, which individual to speak to when you’re from the local area, helps massively.”

Mahroof is aware, however, that the fire service itself is not representative of local communities. In 2020, data revealed that 95.6 per cent of firefighters in England were white (among those whose ethnicity was known). The percentage of fire and rescue services staff (including support staff) from Asian, black, mixed and other backgrounds went up from four per cent in 2011 to five per cent in 2020.

Although he acknowledged the gap in representation, Mahroof was keen to emphasise the service has “gone to great lengths” to try and recruit people from all backgrounds. He was unsure why the gap was so wide, but misconceptions about the job could be deterring people.

“It wasn’t until I got into the job that I realised there’s much more to the job of a firefighter than just putting out fires,” said Mahroof, who was born and grew up in Yorkshire. “We also help rescue people from road traffic collisions, help people who are trapped in vehicles, lifts or on cliff sides, and we do water rescue too. There’s a massive variety to the job … The prospects are huge.”

The role had its challenges though, he admitted, and dealing with fatalities was the hardest part of the job. “That’s never easy because the primary thing you want to do is save lives. The unfortunate nature of the job is that every now and again, you are faced with a fatality.”

Mahroof’s career in the fire service began by accident, he revealed. In a previous job, he overheard a colleague talking about applying to the service and it piqued his own interest. “One of the things the BBC crew noticed (while filming) is the sense of togetherness we have,” Mahroof said. “Being a social individual, I wanted that (working relationship), so I applied, and got in.”

Teamwork is “hugely important” in the role and his colleagues are “like family,” Mahroof added. “When you are out there, it’s important you know and trust your crew. That’s where the element of family comes into it.”

The next episode of Yorkshire Firefighters will air on Thursday (12) at 8pm. Episodes are available to view on BBC iPlayer.