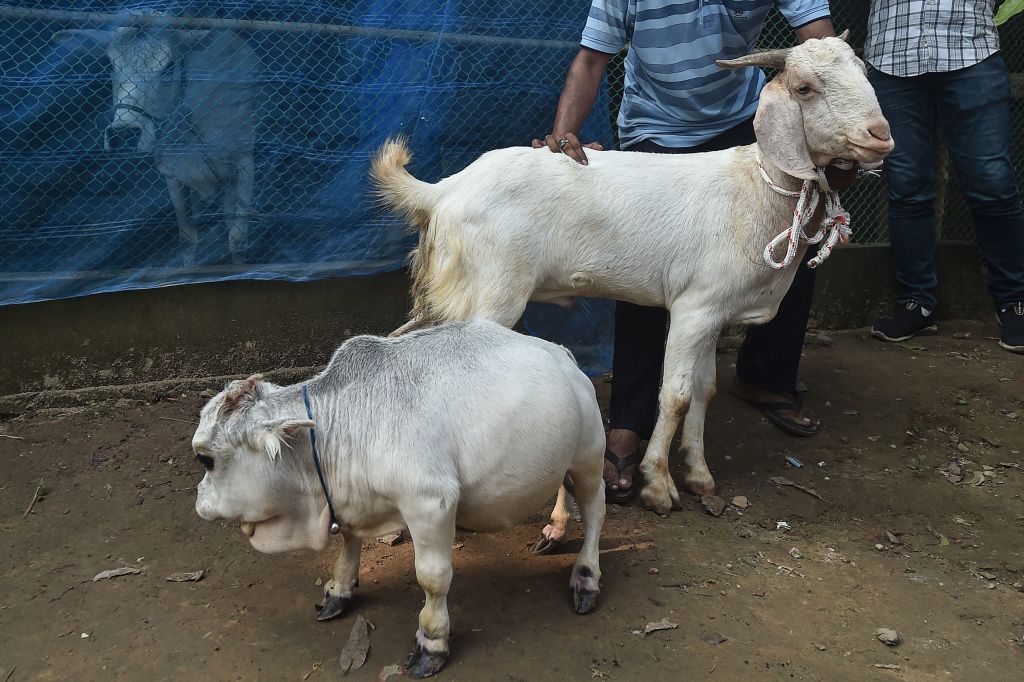 Rani (bottom) which holds the Guinness record posthumously as the shortest cow on earth, walks next to a goat at a cattle farm in Charigram, about 25 km from Savar in Bangladesh, on July 6, 2021. (Photo by MUNIR UZ ZAMAN/AFP via Getty Images)

A KNEE-HIGH celebrity cow that became a sensation in Bangladesh has won posthumous recognition as the shortest on the planet just weeks after its untimely demise.

Rani, just 50.8 centimetres (20 inches) high, became an instant internet celebrity with tens of thousands of people rushing to the farm she lived on outside Dhaka for a glimpse of the miniature cow.

But just after its owners applied to Guinness World Records, tragedy struck on August 19 when the beloved bovine suddenly died due to a sudden internal build-up of gas.

The cow’s owner Kazi Mohammad Abu Sufian said he received an email on Monday (27) from Guinness World Records saying that Rani’s application had been accepted.

A statement on the Guinness website confirmed the miniature Bhutti cow’s world-record status, beating the previous holder, an Indian cow named Manikyam that stood 61 centimetres from hoof to withers.

“We sent several videos of Rani in line with Guinness World Records prescriptions. We have also sent the post-mortem report to the Guinness authorities to see that there was nothing unusual about her death,” Sufian said.

Sufian said he had also sent Guinness Rani’s medical records after they asked whether she had received hormone injections.

“We have mixed feelings after Rani got the recognition. We are happy that she got her due honours. But we are at the same very sad because she is no more with us,” Sufian said.

“Her carer burst out crying as soon as we told him the news.”