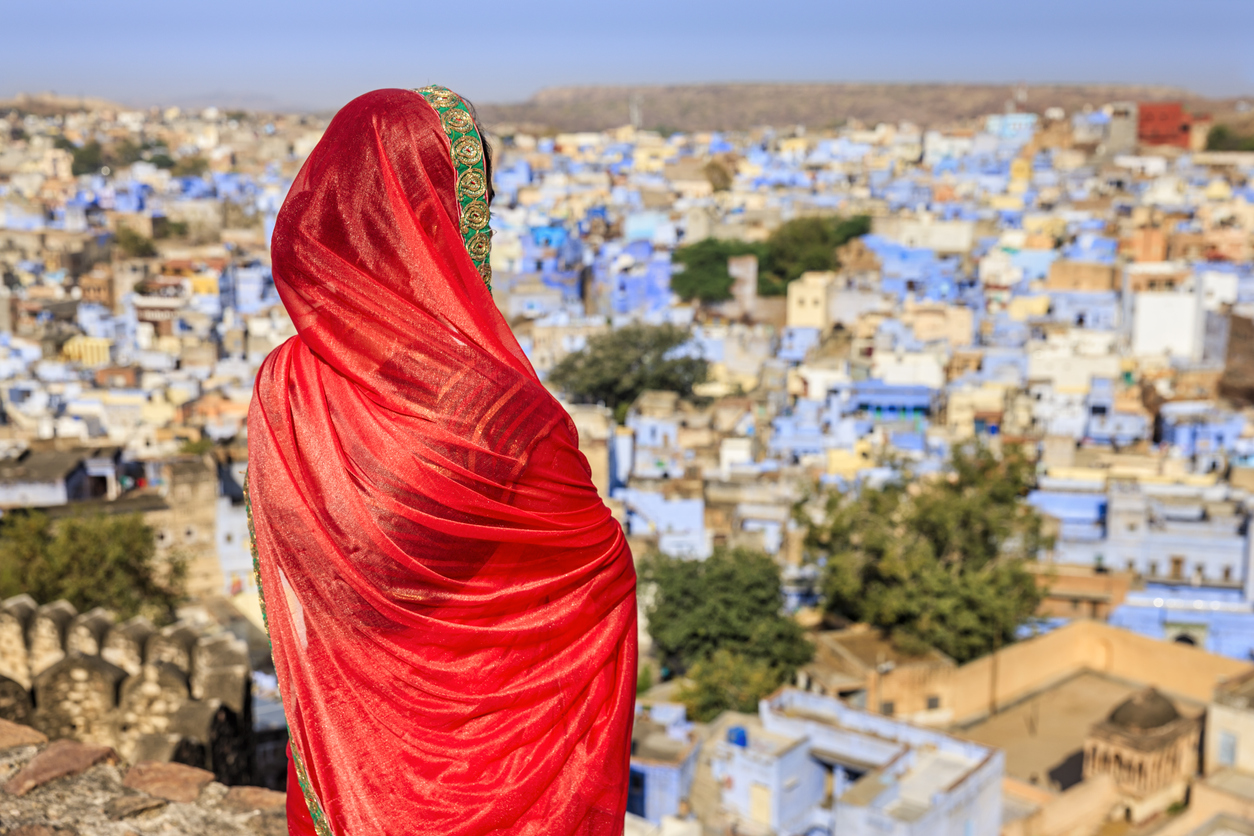 Young Indian woman looking at the view. The blue city of Jodhpur on the background. Jodhpur is known as the Blue City due to the vivid blue-painted houses around the Mehrangarh Fort.

Separated from her parents, Jayashree Ponrajan spent most of her teenage years trapped in a form of bonded labour – forced to live and work in the spinning mills of southern India.

It took Ponrajan years to find a way out, but ever since then she has been denouncing the recruitment of teenagers in India’s textile and garments industry and the harsh conditions they face.

That made her an obvious candidate for a new initiative that will train victims of forced labour and human trafficking to be campaigners in communities at high risk from modern slavery.

“I tell everyone my story – how I went to a spinning mill when I was 14, cried when I was not allowed to meet my mother, lost the nails of my right hand and learnt to continue work with my left,” Ponrajan told the Thomson Reuters Foundation.

Now 43, she has been recruited to a team of 50 female slavery survivors and hopes her voice will be heard by those who can change the way business and work is conducted in the Indian garment industry, which employs at least 12 million people.

The initiative wants to “bring the lived experience of women and survivors to the anti-slavery movement”, said Claire Falconer, who heads the Freedom Rising project, launched by anti-trafficking nonprofit the Freedom Fund.

“The aim is to give an authenticity to the voice of the movement as their (survivors’) perspective is critical to the work of changing the conditions that lead people to be exploited,” she added.

About 2,260 cases of human trafficking involving more than 6,000 victims were reported in India last year, with sex trafficking and forced labour the most common offences.

In December, survivors from 11 Indian states turned campaigners by roping in their communities to write more than 110,000 postcards to Prime Minister Narendra Modi, urging him to bring in an anti-trafficking law.

Several state governments are also working with survivor networks and community groups to track down and help victims.

Under the new programme, being launched online on Wednesday, each cohort of 50 leaders in different states will get a minimum of 12 months of mentoring, leadership and technical training, before graduating to join the Freedom Rising alumni network.

“Besides building capacity of individuals, we want to change organisations culturally. For example, many organisations working to protect the rights of female garment workers are led by men,” Falconer said.

Following the pilot project in the southern state of Tamil Nadu, the Freedom Fund will roll out the programme to other parts of India, Nepal, Thailand and Ethiopia.

For Ponrajan, who eventually graduated in social work and now works as a field coordinator for nonprofit Centre for Action and Rural Education (CARE), her new role is an opportunity for personal growth as well as a chance to help others.

“I want to be heard everywhere and by everyone. For that I need to learn English and also be more aware of labour laws,” she said.

“I’m hoping this programme will help me learn new skills (to) reach out to more people. Then, change will happen faster.”