Will race psychology impact the race for UK’s next leader? 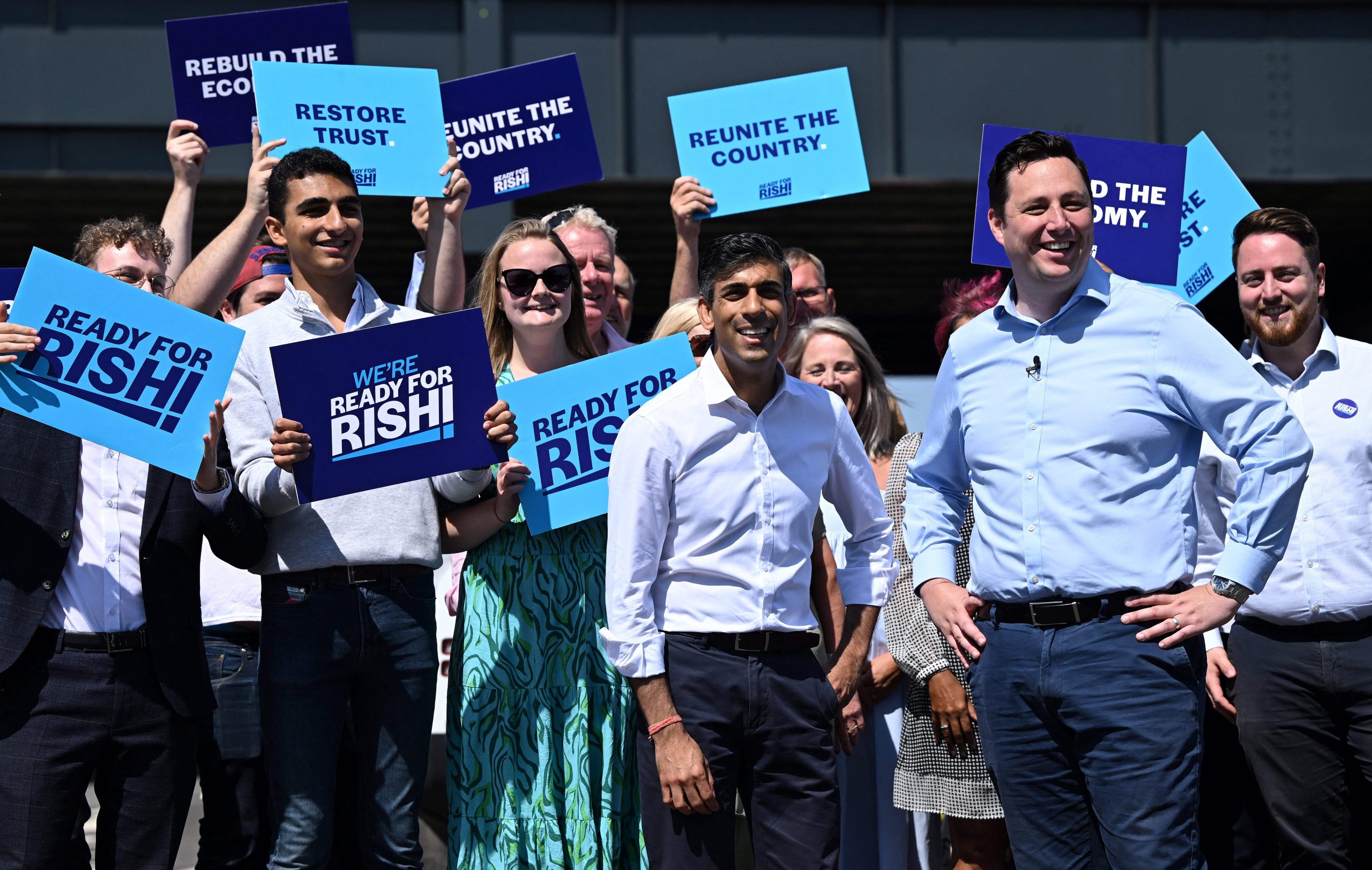 HONEST APPROACH: Rishi Sunak (second from right) has highlighted the immigrant story of his family in his campaign video for the top job (Photo by OLI SCARFF/AFP via Getty Images)
Follow Us

ONE of the hardest psychological lessons for anyone brought up outside the UK, to grasp about Britain, is how the natives of this land remain uniquely gifted in concealing what they really think.

For example, if, in conversation, a Briton responds with the word ‘interesting’, to anything you just said, beware; they don’t mean what they say. In fact, the response ‘interesting’, in the UK, means the natives actually consider you, at best, boring, or at worst, an imbecile.

Therefore, if you want to understand where we are now in attitudes to race, you need to delve past what your British friends say, to what they really mean. You need to poke around inside their heads.

Whether Rishi Sunak is elected prime minister or not, for example, is like putting Britain on the couch, and probing deeply concealed, confidential, ‘covered up’ attitudes to race. Certainly, the Asian candidates in the race to the top of Torydom seem to believe that their party has now got past any previous racism.

In the three-minute campaign video launching his bid to the top job in British politics, the former chancellor doesn’t evade his background as an immigrant family. Instead, he places the foreign cultural history of his family front and centre in his leadership bid.

He narrates in the video: “Let me tell you a story. About a young woman, almost a lifetime ago, who boarded a plane armed with hope for a better life and the love of her family. This young woman came to Britain, where she managed to find a job, but it took her nearly a year to save enough money for her husband and children to follow her.

“One of those children was my mother, aged 15. My mum studied hard and got the qualifications to become a pharmacist. She met my dad, an NHS GP, and they settled in Southampton.

“Their story didn’t end there, but that is where my story began.”

Nadhim Zahawi, the current chancellor, put at the centre of his campaign, with the declaration; “I’m a father, an immigrant, a self-made businessman.”

Sajid Javid loves telling anyone who will listen how his father arrived from Pakistan with £1 in his pocket. Suella Braverman boasts about how her parents came from Mauritius and Kenya, and how they loved Britain because it gave them “hope, security and opportunity”.

But political science research has revealed that during times of economic hardship, voters are particularly likely to become anti-immigrant. Financial insecurity breeds the feeling that all these people who arrived and became successful in fact rose to the top by stealing ‘hope’, ‘security’ and ‘opportunity’ from the natives.

Yet these Asian politicians are not trying to disguise their immigrant past.

Instead, they are proud and even triumphant about it.

But, have they got the psychology right?

All senior politicians and leaders suffer from the problem of surrounding themselves with ‘yes men’, so courting the danger of existing in a bubble, where they lose touch with what those outside their inner circle really think.

The problem certainly beset Boris Johnson himself, who, it now turns out, appeared oblivious to what his own colleagues really thought about him right to the bitter end. The Asian candidates all appear to believe the Conservative Party embraces success and achievement, no longer being bothered about race.

The Economist magazine recently quoted a survey which found that 88 per cent of Britons said they’d be comfortable with an ethnic-minority prime minister.

Well, that is what they said when asked in a survey, but remember when the British tell you, ‘how interesting’, beware what they really mean, and what they are really thinking. The brutal reality is that politics is about doing whatever it takes to win elections.

In a country where at least seven per cent of the population identify as Asian or Asian British, Asians make up a significant proportion of the electorate. So political parties court Asian candidates, as this attracts Asian votes, which is a pragmatic reason to welcome Asians into the political system. In other words, scheming politicians don’t have to like Asians to work with them, if doing so serves a
party’s self-interest.

What the members of the Conservative party (who shall ultimately decide who the next prime minister is) will really be calculating, as they consider electing an Asian leader is essentially this – the issue isn’t whether we like them or not; the real conundrum is this – will swathes of white British voters at the next General Election be put off by the race of our next candidate for prime minister?

What should worry the Asian campaigners, much more than it appears to at the moment, is that a large body of political science research reveals that negative attitudes towards immigrants are, among other factors, fuelled by worsening economic conditions. Increasing competition over scarce resources heightens perceptions of relative economic loss due to immigration among the native-born electorate.

It is precisely the psychology of tough times promoting more racism or xenophobia which is thought to explain how ‘populist’ politicians like former US president Donald Trump unexpectedly came to power; for example, on a notorious promise to build a wall to keep the Mexicans out.

Johnson rode a similar wave of sentiment all the way to No 10, with his catchphrase – get Brexit done – during the election that brought him to power.

We are indeed living in more economically insecure times, which you would have thought the ex-chancellor of all people should be alive to, in terms of the impact on people’s lives and their psychology. When asked recently, it turns out Sunak didn’t actually know the price of bread in high street shops, though he pretended to.

According to the Sunday Times Rich List, the combined wealth of the chancellor and his wife Akshata Murty is £730million.

Grilled about soaring inflation on BBC Breakfast TV in March, journalist Nina Warhurst asked him what food item he’s noticed going up the most in the supermarket. ‘It’s probably, I think bread, probably is the thing,’ Sunak responded hesitantly. ‘The one we buy I’m sure is now about £1.20 and it was about £1, from memory.’

The BBC presenter then asked what bread Mr Sunak likes to buy.

‘It’s a Hovis kind of seeded thing,’ he said, before revealing his family buys a ‘whole range’ of breads. The ‘seeded thing’ Sunak alludes to is, according to journalistic research, likely Hovis ‘Seeded Sensations’. A full loaf of Seeded Sensations in fact costs £1.75 on Tesco. He got the price wrong.

But there is one sense in which Sunak suggested his true Britishness. When he said, ‘… from memory’, and that his family buys a whole range of breads, what he, perhaps, really meant was, ‘I have no idea what you are talking about, and we have staff who do that sort of thing anyway.’

If the Conservative Party, the Brexit Party, which, whatever your opinion on Brexit, is widely seen as the more xenophobic part of the political spectrum, is going to choose an Asian leader, then maybe we have indeed reached a turning point in British politics.

But the danger is, if you are an Asian voter, that the Asian candidates in this race, in their journey to the top, have lost touch with the reality on the streets, not just for ordinary British people, but especially for their own race.

Dr Raj Persaud is a consultant psychiatrist based in Harley Street. He is also the author of The Mental Vaccine for Covid 19, published by Amberley Press.