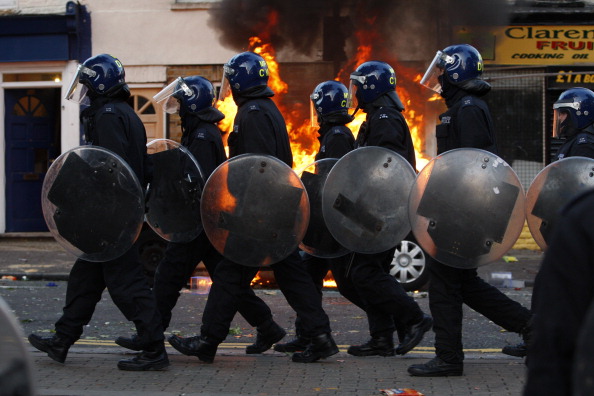 A widow has said how she and her nine-year-old son still feel traumatised over the 2011 London riots that saw her husband killed along with his brother and a neighbour while protecting the local community, declaring that she is left with an empty sense of “injustice”.

Ten years ago this week, riots swept across London and other cities after police shot dead Mark Duggan in Tottenham, North London on Aug 4, 2011.

Birmingham resident Khansa Ali recalled during a recent interview with a media outlet that she was four months pregnant when a mixed-race man was shot dead by police in North London, after which tensions started flaring in London.

Soon the protest exploded across the country resulting in widespread looting and rioting, an incident often known as the London riots and is often deemed as the largest incident of unrest in the recent modern history of the city.

Since police appeared to have lost control of the situation, with then prime minister David Cameron and local leaders- including then London mayor Boris Johnson, initially reported to have stayed away, community people stepped up to save their businesses from rioters amid increasing violence and looting.

Among them were Khansa’s husband Shazad Ali, 30, along with his brother Abdul Musavir, 31, and other neighbours who volunteered to guard the worried community in Winson Green.

During one such patrolling, Shazad, his brother Musavir and a neighbour Haroon Jahan, 19, were killed by a car that drove into the crowd in the early hours of Aug 9, 2011.

Recalling back memories of those days, Khansa revealed that her husband was excited over her pregnancy and brought a teddy as a gift for their child which she now had to put away as it upsets her son who misses her father and often questions “why did he have to go”, Mirror reported on Tuesday (3).

A decade has passed but Khansa still suffers depression, anxiety, and panic attacks, the report said.  She said she often feels helpless as a mother.

Khansa’s family was later given police awards for encouraging peace, which she once hung proudly on her walls but eventually took them down as it became reminders of the incident and justice that eluded her family.

London 2011 riots saw massive destruction that spread to local homes and businesses, with thousands joining mass looting, including young professionals who could barely explain later why they joined in.

By August 10, more than 3,003 arrests were reportedly made across England out of which more than 1,984 people would face criminal charges. Eight months after Shazad’s death, eight men stood trial for the trio’s murder, but all were acquitted, reports said.

Khansa and her family, and Tariq Jahan- Haroon’s father who was later thanked by David Cameron, Prince William, and given a Daily Mirror Pride of Britain Award- all say they are left with an empty sense of “injustice”.