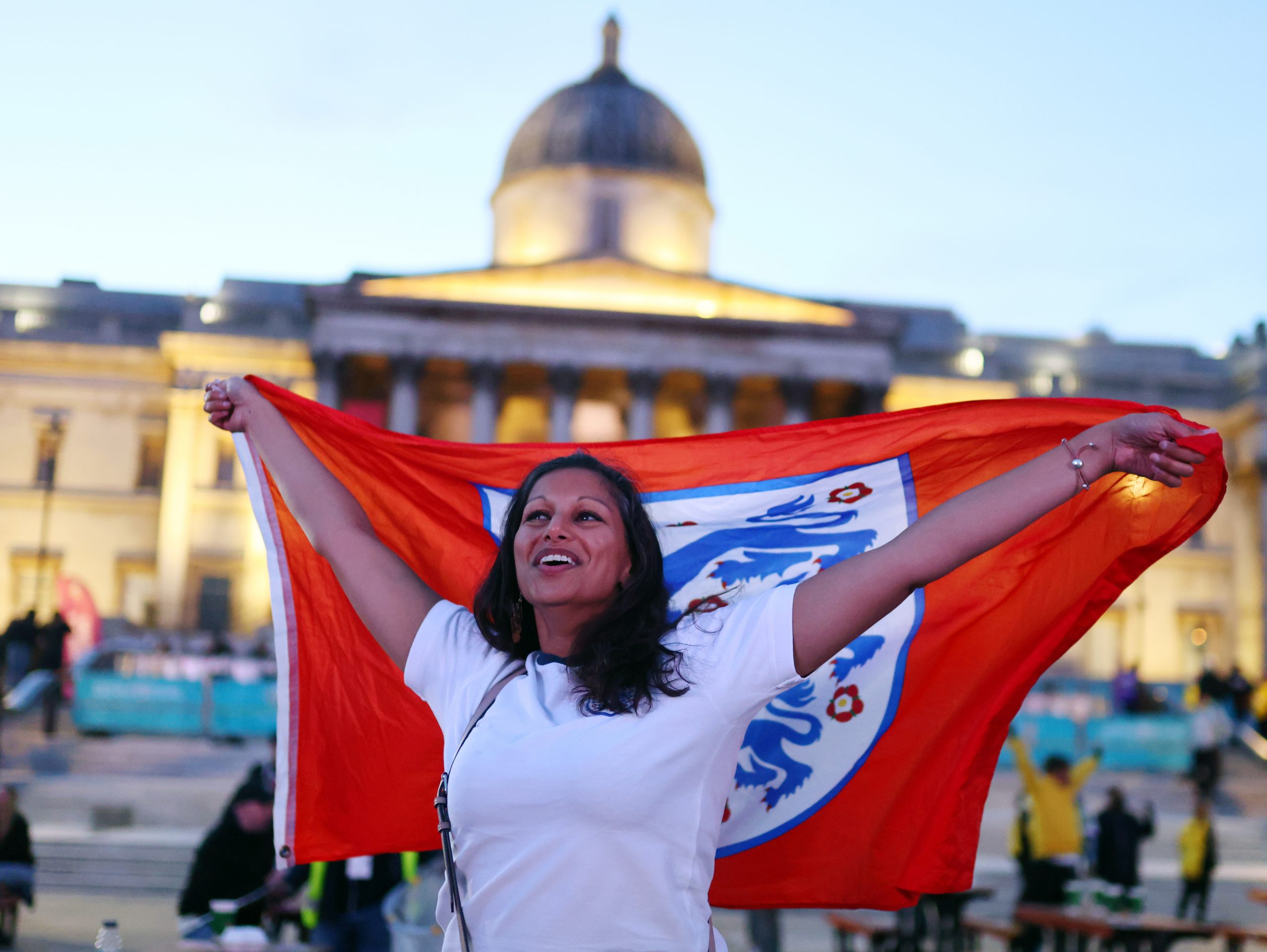 AS THE world watches the European Championships, Eastern Eye asked five football fans to reflect on their identity, what the game symbolises to them and their sense of belonging in the UK.

They answered these questions:
a. Do you believe the England football team is a symbol which belongs to people of every race and ethnic background in the country today?
b. What is your experience of English football?
c. Do you feel you need to be white to be English? Do you feel a sense of belonging to England? 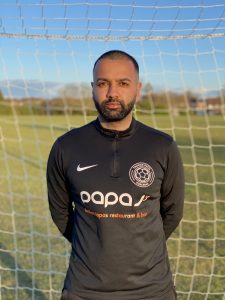 a. This is a tough question to answer because when I look at the England squad, I see a diverse group of people on the pitch. I don’t quite see that within the coaching or back room set up as of yet. I know the FA [Football Association] is working hard on this. The elephant in the room right now is some England fans booing [players taking] the knee. The players and manager made it clear why they were doing it (to support social equality) and yet still people chose to boo. That probably gives you an insight into what some parts of our society are like, unfortunately. The England football team should be a symbol and celebration of our diversity, but I don’t feel it is celebrated by some.

b. Being a supporter, coach and avid lover of the game, I would say the majority of my experiences have been brilliant. I regularly follow my team Liverpool around the country and in Europe. These have been some of the best experiences of my life. There is a huge south Asian following which makes me feel more comfortable to be honest. I do think we, as a country, have a big problem with racism within the game and I would love to be a part of that change and education.

c. I’ve grown up with a fusion of different cultures and my family have always respected British values without losing sense of their own. I was born in England and as I’ve grown older, I have felt a little disconnected with belonging here. This has been due to some unfortunate experiences of racism and being in environments where I have felt a prejudice towards BAME groups or myself. It isn’t a comfortable feeling and makes me feel a little confused and sad at times. Having a career in the football industry has opened my eyes to the work we still need to do to have stronger representation throughout the game. I feel we can still do much better with that. 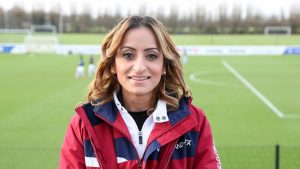 a. I think the England men’s team is symbolic of people of every race and ethnic background. This certainly demonstrates the possibilities that exist in an inclusive England. However, the England women’s team does not entirely reflect a country that is open to all, and much work needs to be done in ensuring that the female and girls talent pathway is accessible to those from different backgrounds.

b. As a child, I remember supporting a range of teams – at one point, it was England, and at another, it was Brazil because of Ronaldo. I grew up in a time where there was a fear of attending games. Coming from an Indian family, my parents didn’t see many who looked like them at games; instead they felt it would be safer to watch from home on TV. There was a fear of racism and football hooliganism. The first international match I attended was at Wembley, when I was about 30.

c. I think that the term ‘English’ has previously been identified with people who are white, although this is now slowly changing. Ultimately, the individual will use a term that is symbolic of what represents them and what they feel closely connected to. There is some sense of belonging in England. I am fortunate to live in multicultural London. Having said that, I think there is still a lot of work to be done to ensure England is truly a place that provides a sense of belonging, and opportunities for all. 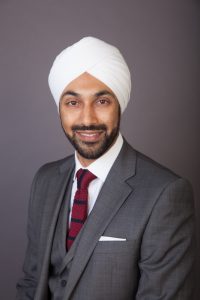 a. The England team represents the country and society and I support the efforts made to campaign against discrimination. However, there is still an issue about the lack of British Asian players in all levels of football, and this does act as a challenge to these communities in feeling that football is for them and they can be a part of it, both as fans and players.

b. I’ve been a passionate Tottenham Hotspur supporter since the early 1980s and have vivid memories of dragging my father to the 1987 final. I have been going to games for years and also used to watch my local team Brentford in my youth. My experience of football in the late 80s is that my parents would be scared of what would happen at football matches and actively encouraged me not to go. This is a marked change to where we are now, with clubs becoming beacons of community engagement and cohesion. Now it is more a challenge of the cost of going to football matches than personal safety.

c. No, it is absolutely nothing to do with race or colour but whether you have a passion for football. Personally, as England is the country of my birth, I do feel a sense of belonging. 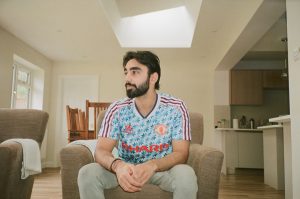 a. I believe it is a symbol of England and should belong to every demographic. However, while there is positive representation of black players in English football, the same cannot be said for British Asians, which I’d like to see change over the next few years. Having representation among the players would probably make me feel a greater sense of belonging to the national side. I also believe there is a small minority of England fans who occasionally behave in a hostile manner to other races, which can make you feel as though the England national team does not belong to or represent everyone.

b. I’m a lifelong Manchester United fan, and have attended matches frequently in the past. I generally always felt very welcome going to United games, the crowd is always diverse, and I feel a sense of belonging with the club, as my whole family supports them.

c. I don’t believe you need to be white to be English. I do feel a sense of belonging here but again, it is only recently (in the last six or seven years) that I’ve started to feel that way. 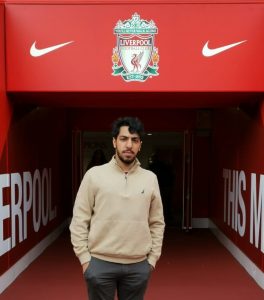 b. My experience of English football has been based around club football. I actively support Liverpool and feel that it is far easier to feel part of a club’s identity and supporter base than it is for a national team. Big clubs with global fanbases feel as though they are easier for minority groups to be a part of.