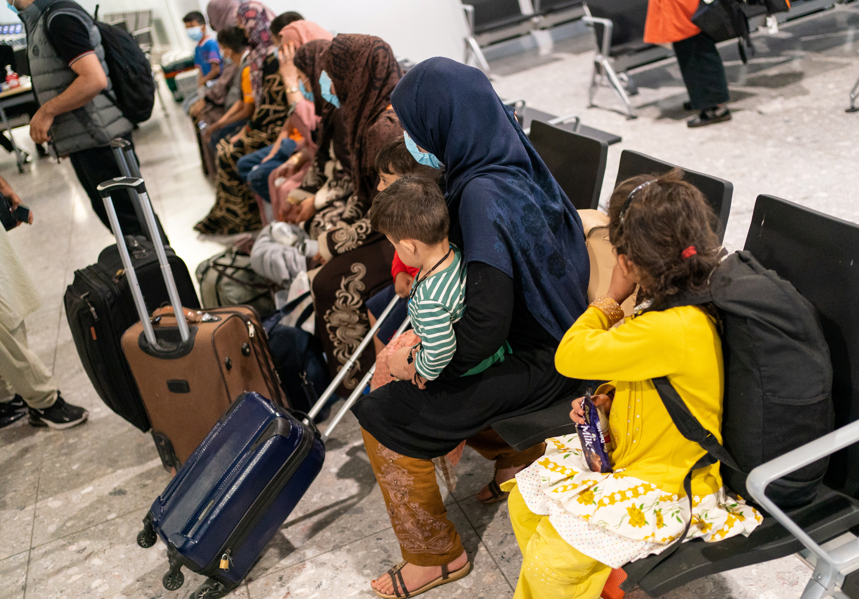 By: SEEMA MALHOTRA, Labour MP for Feltham and Heston

TWO weeks ago, the world received news that the president of Afghanistan, Ashraf Ghani, had fled, and the Taliban had strolled into the halls of the presidential palace unopposed. It was not supposed to end like this. We needed an exit plan, but this was not it.

Afghan institutions are not yet of the resilience and capability needed to function on their own. Nato forces had already been reduced significantly to help stabilise, support, train and advise them.

For the Afghan forces to be left to fight the advancing Taliban on their own was a mistake. Thousands of innocent civilians have died, and hundreds of thousands have been internally displaced, many among them children. Others are fleeing the borders where they can.

It is devastating to watch the disintegration of a nation that was still re-forming – that had made great progress, especially for women and girls, over the past 20 years.

Progress also came amid great sacrifices by the Afghan people and those who served from the UK, the US and other nations, including the Irish Guards, until recently based in my constituency.

So many thousands have paid the ultimate sacrifice to help bring peace, stability, freedom and nationhood. Nationhood, which was, too, part of our responsibility as an international community. I pay tribute to all who have served, and who have suffered loss and grief. They and their hopes and their dreams are also why we must not walk away.

The Afghan families who have made other countries their home after suffering their own tragedies are living a new nightmare, many with loved ones in Afghanistan now at risk as the Taliban take over the police and the state.

My office is currently dealing with almost 400 cases from our large diaspora community and more coming in all the time. Children are apart from their parents. Husbands and wives without each other, families unable to speak to loved ones now in hiding. We are hearing about assassinations and “disappearances” of brothers, sisters, parents.

There’s no question that our failure to prepare has let them down and will have appalling consequences for those left behind. Our government has had 18 months to prepare for this moment.

It is why I believe the UK government needs to remember its responsibility to those who are now left, who worked with UK and Nato and served, including in public life, the police and armed forces, in charities and civic society for equality, human rights and for democracy.

The end of evacuation flights is not the news any of us want to hear. I am angered and deeply saddened by what has happened, which the government should have done more to prevent. It is vital now to plan a new way forward.

I am glad that in the latest update to MPs, our government said after immediate evacuations are over, “our efforts will turn to doing all we can to help any remaining British nationals and Afghans who supported us and who we were not able to evacuate over the last fortnight.”

The FCDO [Foreign, Commonwealth and Development Office] joint statement that followed says, “We have received assurances from the Taliban that all foreign nationals and any Afghan citizen with travel authorisation from our countries will be allowed to proceed in a safe and orderly manner to points of departure and travel outside the country”.

It is a welcome step, but much more will be needed to be done to reassure the safety of those seeking to leave, and to avoid the risk of tricks and scams. So far, few practical measures have been put in place, and it is also a worry that the government’s estimate for those left behind is a woeful underestimate.

Our casework suggests it is many more than this and that the government should be planning to help a larger number than 1,100 people.

The lack of information being received from the government on cases is adding to the anguish of families. FCDO staff have worked under incredibly difficult conditions, and this is a failure of ministers to adequately prepare.

Labour has written to foreign secretary Dominic Raab following the extremely concerning reports that many MPs’ and charities’ emails sent to the Foreign Office haven’t even been opened.

I spoke in the recent debate in parliament, and continue to push for the government, third countries and the international community to work much more closely together for the safe exit of those at serious risk, resettlement programmes and for family reunion.

We have a responsibility to those who worked with us and stood with us to build a new nation and for peace and security in the world.

The government must now announce guidance on how programmes will be taken forward and give a message of hope to the Afghan community who currently feel abandoned.

As Afghan refugees also begin to arrive, local authorities and civil society must be given the resources they need to help families restart their lives. There must be no delays.

Programmes like the mayor of London’s extension of the Right to Buy Back scheme for councils to increase availability of affordable homes to help those arriving are the kind of thinking we need.

This is not the end, but must be the start of the next phase, with the political will and resources to support those in need.