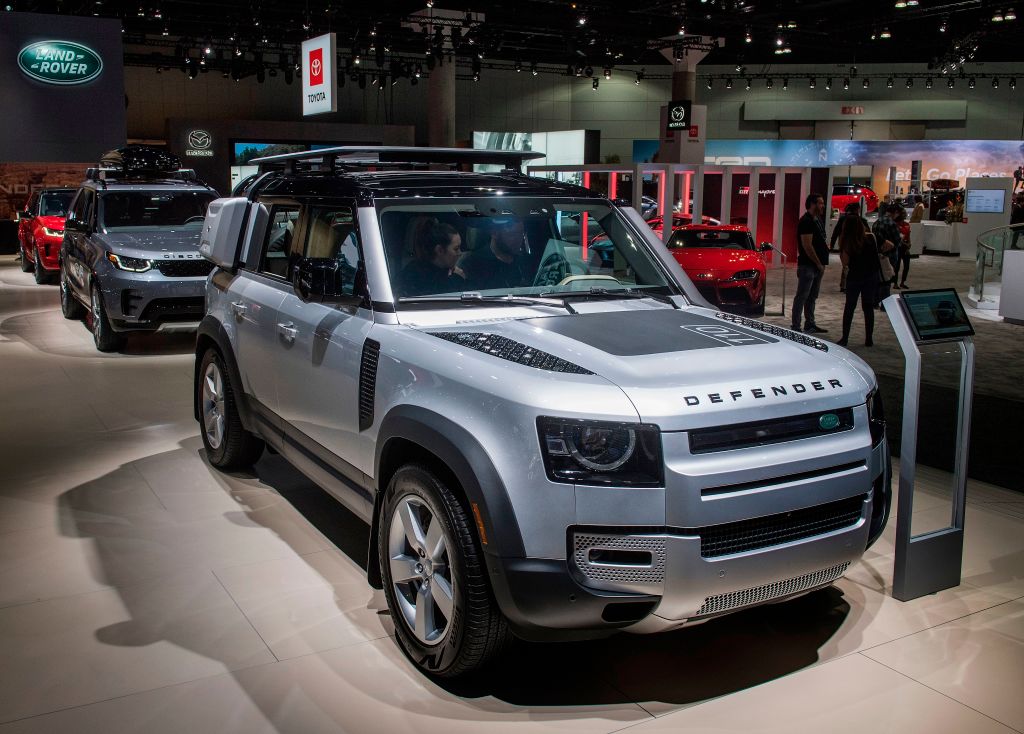 FILE PHOTO: The Land Rover Defender 110 car on display during the AutoMobility LA event, at the 2019 Los Angeles Auto Show in Los Angeles, California on November 21, 2019. (Photo by MARK RALSTON/AFP via Getty Images)

CAMPAIGNERS have accused the UK advertising watchdog of bias for overturning a draft ruling that banned adverts for a mud-splattered Land Rover Defender off-roader in a forest, The Guardian reported.

Earlier, the Advertising Standards Authority said the ad encouraged “socially irresponsible” driving that could “cause damage to vulnerable habitats”.

The watchdog received 96 complaints, including from several environmental campaigning groups, that the ad would promote condoning behaviour that could destroy ecologically sensitive environments, and was detrimental to the environment.

The ad featured a Defender in a forest with the headline “Life is so much better without restrictions”. Text accompanying the ad said the 4×4 had the “capacity to go almost anywhere and do anything. If you take one for an extended test drive … a whole new world of freedom awaits”.

Tata Motors-owned Jaguar Land Rover said that the vehicle was depicted on an established track in a forest and was focused on increased freedom after the relaxation of Covid-19 restrictions, not irresponsible driving behaviour, The Guardian report added.

In the draft recommendation shared in September, the ASA said that it was going to crack down on marketing that encouraged environmentally irresponsible behaviour, ruled the ad should be banned.

However, final sign-off on a ruling is given by the 12-member ASA council, eight of whom are deemed “independent” of the media industry. The council decides whether or not ads have broken the advertising rules.

Its final ruling, published on Wednesday (24), reversed the draft recommendation and cleared the ad of breaking any UK advertising rules. It added that advertisers should “take care” when depicting vehicles in ecologically sensitive environments such as forests.

Robbie Gillett, from the Adfree Cities campaign, who lodged a complaint about the ad, told The Guardian: “The ASA council has made an overly narrow assessment of this Land Rover advert and failed to see it in a wider picture of a worsening climate crisis, rising urban ownership of SUVs and lethal increases in air pollution.

“The council are independent, making sure our rulings are impartial. They determined that consumers would understand ‘Life is so much better without restrictions’ as a slogan to refer to Covid-19 lockdown restrictions, rather than the environment. They also determined that … it was not clear that the vehicle was definitely driving off-road, illegally or irresponsibly,” a spokesperson for the watchdog was quoted as saying by the newspaper.

In a separate ruling, the ASA banned an in-app ad for a mobile game called Gold and Goblins that “trivialised and condoned the serious and sensitive subject of domestic violence”.

The ad included a video of a woman playing a game on her mobile phone, while behind her a man picked up a chair and drew it back over his head as if to strike her with it.