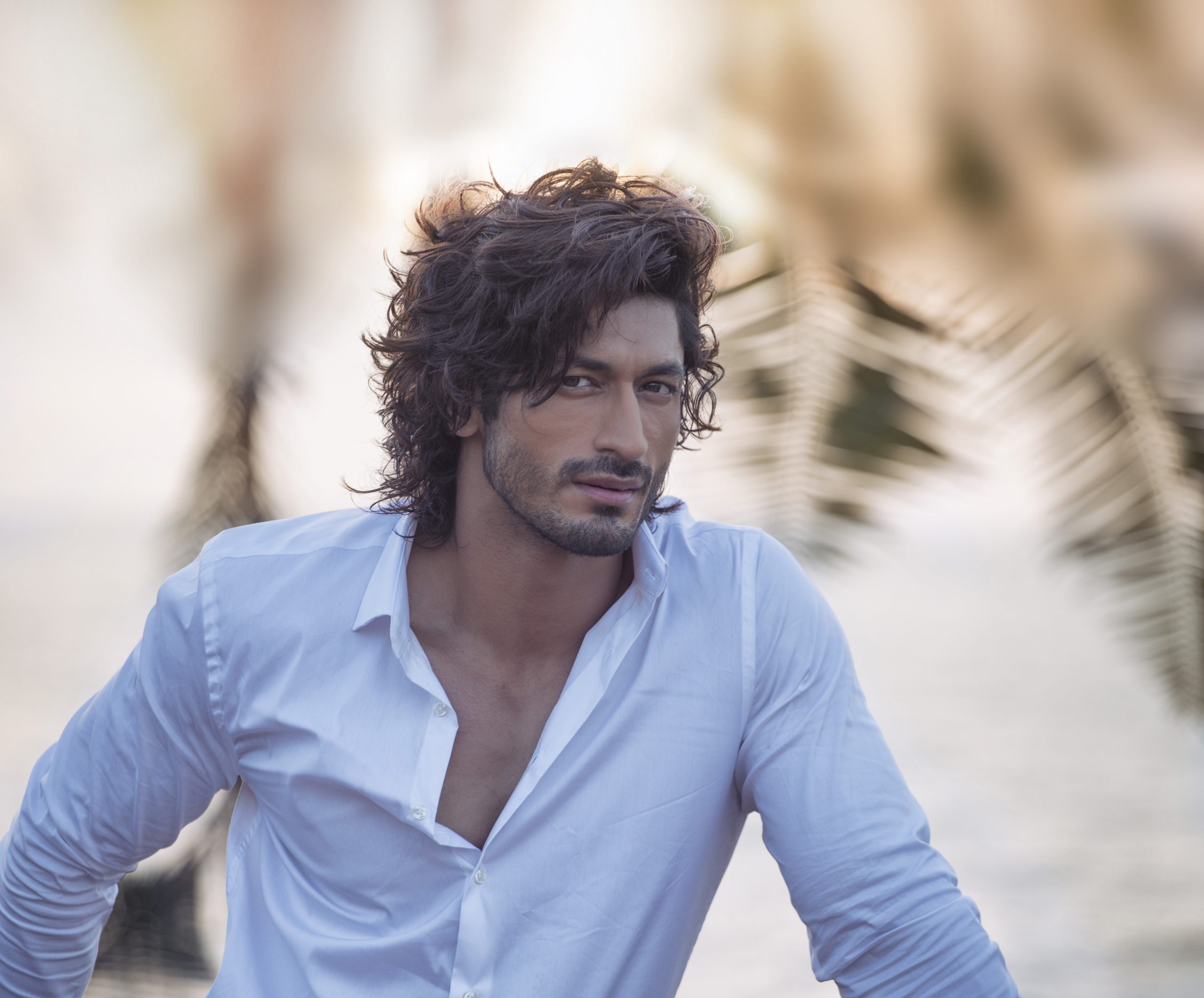 How actor Vidyut Jammwal is raising the bar for action

A rapid rise has seen Vidyut Jammwal have a transformative effect on the action genre in Bollywood.

He has significantly raised the bar for stunts and fight scenes in Hindi films, as well as added elements such as emotionally charged characters in high-octane action. By mixing up roles like trained killers in the Commando trilogy with a common man put in an impossible situation, such as in the two Khuda Haafiz movies, he has made himself one of the most interesting acting talents in cinema.

Eastern Eye caught up with the highly trained martial artist turned movie star to discuss his transformative effect on Indian cinema, inspirations, top training tip, action, future hopes, and most recent movie Khuda Haafiz: Chapter 2 – Agni Pariksha, which is now available on streaming site ZEE5. He also gave an insight into the ancient Indian martial art of Kalaripayattu and who the most worried person is when he does death-defying stunts.

What came first? Your passion for acting or martial arts?
Martial arts. I wanted to be the best like any other kid and came into movies just so I could do some action. Then life brought me here.

Did you ever expect to become such a successful action hero?
Thank you. No, I hadn’t planned anything. I just wanted to do action. I started my career by playing very imperceptible roles. Like I was the guy next to the bad guy, next to the main bad guy. The only person who could recognise me on screen was either my mother or me. I started from there, kept doing action and am happy to be where I am now.

Was your film Commando a turning point?
Yes. After Force I was playing the antagonist most of the time, so it did change everything because it gave me a platform to showcase what I did best and helped me a lot.

You have backed up breath-taking stunts wi­th making characters convincing and addi­ng emotions. How important is that according to you?
Thank you. But that’s how it’s supposed to be done. I played the army officer or cop in movies, mostly, when I started. In the film industry, they have a certain perception of how an army officer is, which is completely incorrect. I’m an army officer’s son and they’re not as disciplined or strict. They are cool and chilled out, so projected that in my characters. I’ve also been fortuitous to play different roles, like in Junglee and Khuda Haafiz, where the characters are very emotional. So, I’ve been blessed and think it’s good to get into the character.

Your films generally get good word of mouth from audiences. How much does that mean to you?
I’ve been very lucky because I think the country supports me every time. I’m not from the film industry, so it can be a little difficult. Initially, the only support system is a few people who believe in you and then that increases to a few more. When the nation and audiences start backing you up, then you know you just need them and a movie to release. So yes, it feels good and is a blessing.

You are always in amazing shape and do incredible stunts. How intensive is your training regime?
I don’t see training as training anymore. When I was younger, I was doing the ha­rdest thing – martial arts fighting professionally in the ring. It was different. Now, it’s not only physical training but also the mind. A real martial artist sh­ou­ld be aware of all the things that happen around him. So, I’m always in training, even when chatting with friends. Training is also about how I watch myself. I am a Kalaripayattu practitioner, which is the oldest martial art globally, and represent that, so have to be aware all the time. Being aware is all about training.

You raise the bar in the Hindi cinema action genre with every film. Do you consciously try to do that?
No, I just raise the bar for myself because if I’ve done something, I want to do bett­er. Like recently, I buried myself in snow and people asked me why did you do it? I did it because I wanted to see how much the body and mind can take. After a while, the body is not important, the mind takes over. So, I like to raise the bar for myself because I want to do something I’ve not done before and see what my body can do.

But don’t your daring deeds worry people around you. Like, if I was your film producer, I would have sleepless nights thinking you could seriously hurt yourself?
(Laughs) Not the producer, my mum. She is the most worried person. My mother is always stressed. Every day she knows I’m going on an action shoot, she sits for her prayer in the morning. Until the time they say wrap up, she doesn’t want to talk to anybody and is the one who really worries. I have always supported producers and been on set after injury. I had broken open my head while shooting for Junglee and got stitches but got back to work. It’s not being cool, but when you know people have heavily invested in you financially, you will not let them down.

An interesting aspect of both Khuda Haafiz films is you play somebody who’s not a trained fighter. With all your training, was that difficult?
That’s a good question. Honestly, I’ve been in the ring all my life, training to fight physically. To play a common man, who’s never had to fight, was challenging. When the common man goes through a turmoil he doesn’t need to know how to fight; he will fight from within and do things differently. I had to unlearn everything. The director would say cut after the first take and point out that a lot of my fighting styles were cr­e­e­p­­ing in, and said you have to get hit. So, unlearning was important.

Khuda Haafiz 2 is one of your strongest performances. How do you feel about it?
I feel very proud. I have to give all the credit to my director because he sees me in a way that nobody has in the past. He sees that emotional side in me and the fact I can do certain things, which not many people have. So, it’s good and I’m enjoying the compliments.

There was talk of you going to Hollywood and you can match any action hero there. What is happening about that?
It’s a thing that you can’t really plan. Like when I came into Hindi films, I planned on doing great action. I wanted everybody in the country to know that there is a martial art called Kalaripayattu, which is the mother of all martial arts. Many people don’t even know how to say it, so it’s my responsibility for the whole nation. I came into the film industry to only do this. Now, I want the whole world to know. It’s reaching out and the word is spreading.

So, is Hollywood on your radar?
I will produce something. I’m trying and working on a few ideas, where I can collaborate. I am a producer myself and have a production company. I have been producing movies, so want to collaborate and get a story out of India based on the real Indian martial arts. If you google Kalaripayattu, it is the mother of all martial arts. Everything has come out of it. So, something has to be done and I’m working on it.

What inspires you?
So many things inspire me. If I put it in one word or line, it would not justify what really inspires me. But when I’m around people with a lot of fire and a desire to do something, and give it their all, it inspires me a lot.

What top fitness tip would you give an everyday person?
Hard work is the only tip I would give. Hard work doesn’t mean waking up at 6am or 8am. It’s committing to yourself and planning it. So, for me, being disciplined and working hard is, if I promised myself that tomorrow morning I will run for five kilometres, even if I don’t wake up early and even if I don’t complete those five kilometres, I will do what I promised myself. I think that’s the only thing I can tell people. Keep that promise you make to yourself. I promise you that is the only secret. Commit to yourself and then stick to it.

You back up good action with great acting. What according to you is the secret of a good performance?
Getting into the character. If you really understand the character and the director can make you understand it, you will perform well.

How do you pick yourself up on days you don’t feel motivated?
On days that I don’t feel motivated, I be who I am. The days I feel lazy, I am lazy. I don’t kill myself and say, ‘oh my God, wake up, and do it’. No. If I am upset about something, I am upset about it. I just be with that emotion until it passes. So, if I am demotivated, I feel okay, let me be demotivated. When I think I can take the world, I do. So, I live by everything that’s happening around me, including my emotions.

Do you have a dream role?
No. I wanted to play something like I did in Khuda Haafiz, a common man. I’ve al­w­ays been offered roles where I’m larger than life, and they see me as somebody who will walk into a room and kill 100 people. So, playing a common man was great. It was fun being who I am, a common man.