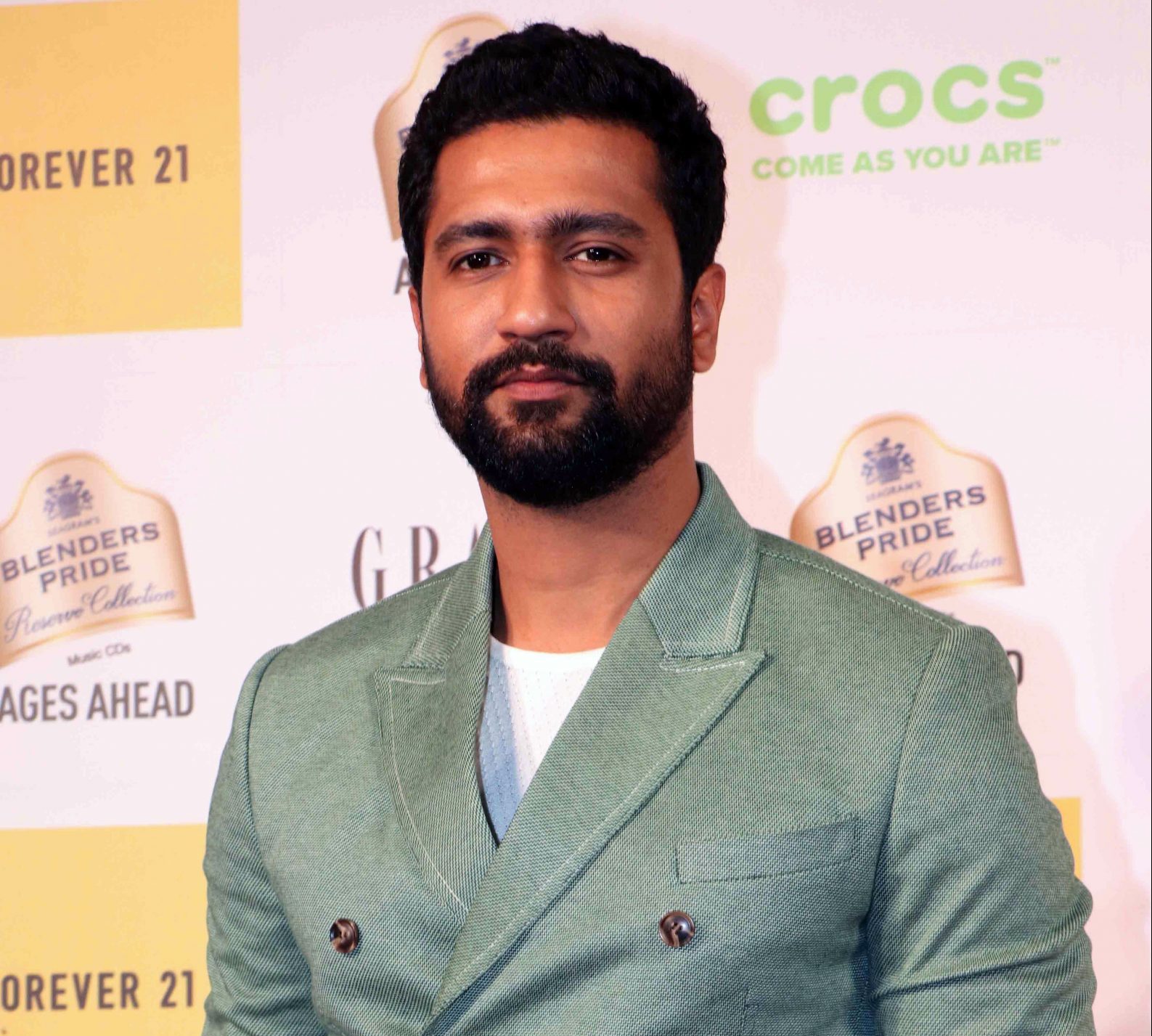 HE MAY have become a major movie star, but Vicky Kaushal now has an even bigger reputation as one of the most versatile actors in Bollywood today.

That chameleon-like ability to morph himself into any character has already resulted in an impressive body of work and turned him into the go-to guy for demanding roles that add weight to a major movie.

His latest challenge is taking on the title role in hotly anticipated film Sardar Udham, which has an Amazon Prime world premiere on October 16 and sees him play a legendary freedom fighter, who gave his life in 1940, in London, after assassinating the man responsible for the deadly 1919 Jallianwala Bagh massacre in Amritsar. There is already talk of further honours for the multi-award-winning actor even before the film releases.

Eastern Eye caught up with Vicky to discuss his new film Sardar Udham, the importance of keeping history alive, his inspirations, lockdown life lessons and the pressure of sky-high expectations.

You are very much in demand. What made you want to star in Sardar Udham?

For any project that I take on, I check if the story affects me on a personal level. I do not read the script as Vicky Kaushal the actor, but as a member of the audience. If the story and script move me, then I go ahead. The next steps depend on other factors such as who the filmmaker is, if there are deeper shades in the character that I could explore and last, if I will get an opportunity to grow as an actor. I let myself be guided by my honest interest in any given film or project, so that I can give it my all and offer the best and most committed performance possible.

What did you like about Sardar Udham in particular?

Sardar Udham ticked all these boxes for me. His name is etched in history; however, his life isn’t widely documented. It has been an honour to step into his shoes. I really believe that Sardar Udham Singh’s story needs to be shared with the world, and thanks to the reach of Amazon Prime Video, I am happy that it will.

How do you feel that late actor Irrfan Khan was supposed to portray the role of Sardar Udham Singh originally?

Irrfan Khan was undoubtedly one of the great actors of India and internationally, known for his world-class performances and trajectory. I have no doubt he would have portrayed Udham Singh marvellously. It is a complete honour to have been considered to play this part and I am fully conscious that nobody can fill his shoes.

How aware were you of the Sardar Udham story before starting the project?

Having grown up in India, we were taught about the ‘freedom struggle’ in school. Unfortunately, very little was taught or documented about Sardar Udham Singh. In my personal case, I knew Sardar Udham’s story since my grandparents shared it with me when I was growing up, and ever since then, I remember relating to him as a person and to his cause. The Jallianwala Bagh massacre was something that affected all of us in India and so, to learn from someone who made it his mission to fight for his people resonated within me, since hearing about him in my early years.

The biggest challenge of playing Sardar Udham was to get into the right state of mind to understand his motivations as best as I could. I sincerely hope I have done justice.

Did you learn anything new while playing this character?

It was such a privilege to learn about Udham Singh first-hand from a very invested group of people who have spent a major part of their lives researching his life. While I knew about the massacre that took place in 1919, it was a very different experience to be immersed in it through the eyes of someone who gave up his life to avenge it.

Is it fair to say this was a very emotionally and physically demanding role?

To be representing a real-life character always carries serious expectations with it, and even more so in this case, where Sardar Udham was a historical icon of India’s freedom struggle. The preparation I had to go through to play Sardar Udham was definitely more emotional and mental than other roles I have played in the past that might have required more physical preparation instead. It was a very personal journey to play him and also a huge responsibility.

What is your own favourite moment in the movie?

My favourite part of the film would be the most challenging moments. Actually, I wouldn’t specifically term them as my favourite, but I would always remember them because I, as an actor and as an individual – Vicky Kaushal, got to experience some emotions which I’ve probably never felt before in my life. Unfortunately, I wouldn’t be able to disclose those moments or scenes in the film as that would be giving out a very important part of the story, but once people have watched it, I’d love to talk about it. Hopefully, people would already know what those moments are, as those are the most impactful scenes in the film.

How important is it to keep history like this alive?

Sardar Udham’s story is one of the past, but also one that is still relevant today for many reasons, and in that sense, it is worthy of being preserved. We need to keep telling stories to keep our past alive so that we can learn and understand where we come from and prevent tragedies and historic mistakes from ever happening again.

For us in India, the fight for freedom is something that is still very fresh in our hearts and minds; our ancestors might have lived and gone through some of the events depicted in the movie. It is a transient narrative which people from across the world will be able to empathise and identify with.

Do you think enough is done to celebrate freedom fighters like Udham Singh?

With this film, we hope to be doing our part in acknowledging and immortalising Sardar Udham’s selfless life story and love for his country for our generations and beyond.

If you could play another historical character, who would it be?

This is an excellent question, and I could enlist many historic figures that I would be honoured to play. For now, I am excited about Sardar Udham, and can’t wait to see audience’s reactions when it releases on the 16th of October on Amazon Prime Video.

Do the sky-high expectations with each film put pressure on you?

We are very content with the film that we created and its testament to Shoojit sir’s vision and work over the last two decades to bring this story to the fore. The team did an incredible job in capturing the essence of the character and the specific point in history that we wanted to reflect in this film. However, of course there is pressure to meet the audiences’ expectations and anticipation to watch Sardar Udham’s story, while being sensitive to respect the memory of those we lost in the fight for freedom, including Sardar Udham himself.

I am inspired by people that follow their passions, whether real people in my everyday life or personalities and historical figures in history. I am deeply interested in finding out what motivations they had and how they followed them to achieve their goals and dreams. I am constantly striving to learn from them and imprint everything I do with a similar drive and passion.

What is the biggest life lesson lockdown taught you?

Lockdown has been tough on all of us, although I recognise that some of us might have had the privilege to be at home with our loved ones. For me, it was an opportunity that allowed me to slow down and have more time to be with my loved ones and appreciate the little things in life.

Why should we watch Sardar Udham?

The creators of the film did an extraordinary amount of research to bring to life this story. The fantastic team spent two decades investigating and gathering information about his life, to honour his life as one of the greatest martyrs of India.

Cinema is an art discipline that allows those of us that work in it, the opportunity to tell, retell and relive stories that are important to eternalise. I chose to become an actor precisely to have the chance to enact different roles by stepping into the shoes of different people – whether historical or fictional – and to try to convey the real essence behind these characters while telling interesting and compelling stories that the audiences want to consume and make a part of their lives.