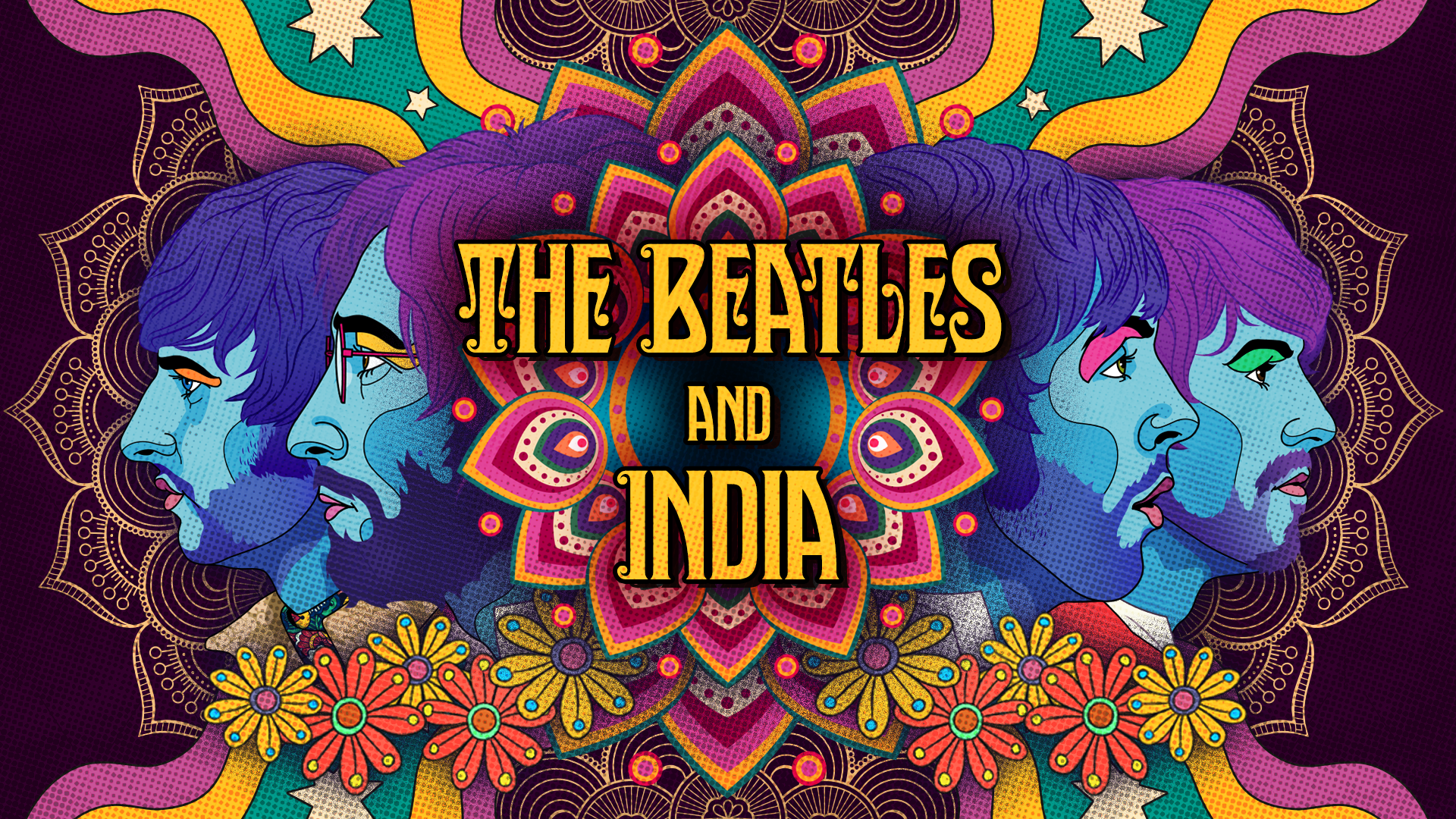 THE closing night film of this year’s UK Asian Film Festival is a world premiere of The Beatles And India on June 6.

Drawing on a rich seam of archive and interviews, the fascinating documentary explores
the close connection legendary pop super group The Beatles shared with India and the impact it made on their music. The film is inspired by the book Across the Universe: The Beatles in India, which was published by Penguin Random House to celebrate the 50th anniversary of the band’s trip to Rishikesh. The book’s author Ajoy Bose has directed the documentary and is delighted it was selected for this year’s UK Asian Film Festival, describing it as an ideal launch for a movie that celebrates the cultural bridge between the West and the East, more than half a century ago by the most famous rock band.

“The book got widespread critical acclaim because it was perhaps the only attempt to comprehensively examine the role India played in shaping the evolution of The Beatles, from the most famous pop icons into pioneering musical artists with a social message that
swept the world. At the same time, the band brought two vastly different cultures closer and in many ways drew the curtain on the past ugly history of colonial exploitation and prejudice,” explained Ajoy Bose.

The unique audio-visual presentation uses rarely seen and heard footage, recordings and photographs, eye-witness accounts and expert comments, along with location shoots across India. “It has been a joy to work with British Indian music entrepreneur Reynold D’Silva, who some years ago had traced the influences that went into the making of the world’s first concept album Sgt. Pepper’s Lonely Hearts Club Band and my codirector, the gifted cultural researcher Pete Compton, and a dedicated production department.”

The biggest challenge of making the movie was finding rare footage, audio recordings and photographs to make the main characters in the film come alive. It was also challenging to find those involved in The Beatles India story more than half a century later. “I am so glad that we managed to find a variety of eye-witness accounts.”

Not surprisingly, the writer-director has many favourite moments in the movie and particularly likes the eyewitness accounts of George Harrison’s wife Pattie’s birthday celebrations in the spring of 1968 at the Maharishi’s ashram in Rishikesh, standing exactly in the same place they did more than 50 years ago. “These evocative reminiscences of Nick Nugent, then a visiting young English teacher, and Ajit Singh, musician and music shop owner who befriended George and John (Lennon), are both unique. They also represent the kind of meticulous research and hard work that has gone into putting the film together.”

With The Beatles connecting with different generations since they became the biggest band in the world in the 1960s and continuing to be popular, he is confident the film will appeal to all ages. He said: “In fact, our interviews with young Indian musicians, most of whom were born after The Beatles broke up as band, show in the film that there is a very emotional appeal for the band of the past century, which is so contemporary.”

Bose is in the middle of writing a book on his experiences as a teenage Naxalite, who dropped out of an elite Delhi college and went to rural India to start an armed revolution exactly 50 years ago, which he hopes to turn into a film or TV series.

When asked, who his own filmmaking hero is, he said: “Satyajit Ray, the Bengali maestro of world cinema, is my filmmaking hero. His master craftsmanship, competence over every part of the film, including the storyline, music, cinematography, to name only a few, but also the infinite variety of genres his films managed to span, I think is unmatched by any other filmmaker in the world so far.”

Ajoy finishes off the conversation by telling us why we should watch The Beatles And India at the UK Asian Film Festival.

“The Beatles have a very loyal audience across the world and certainly in the United Kingdom where they belonged. This film also deals with the special India connection of the band, which has been mentioned in passing but never really expounded in a film. That itself should cause considerable interest. And finally, at a time when the world is still being ravaged by a deadly virus, a film about The Beatles does provide romance, hope and joy amidst so much gloom, doom and hysteria.”