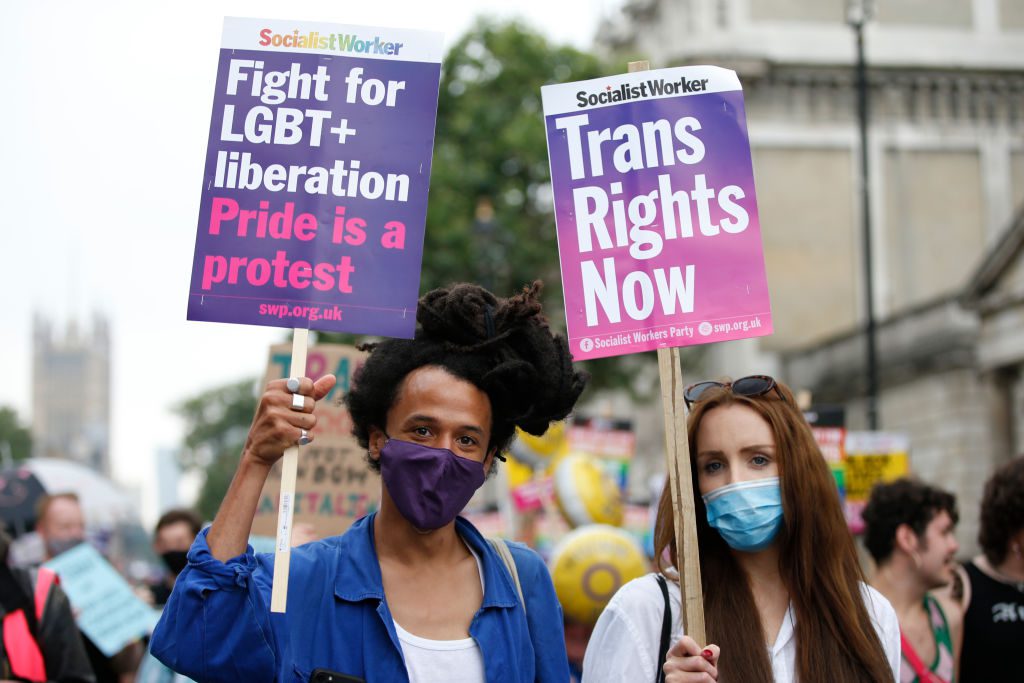 Demonstrators hold placards during a Reclaim Pride March on July 24, 2021 in London, England. (Photo by Hollie Adams/Getty Images)
Follow Us

THE UK on Friday (24) announced further funding to support grassroots human rights defenders and advance equality and freedom across the Commonwealth.

Several from the LGBT communities in the Commonwealth countries continue to face discrimination and criminalisation despite welcome progress made in recent years.

The £2.7 million package announced by British prime minister Boris Johnson at the Commonwealth Heads of government meeting on Friday would continue work with partners, including The Commonwealth Equality Network and Kaleidoscope Trust, to encourage the reform of outdated laws and policies that fail to protect all individuals from violence and discrimination.

Since taking over as Chair-In-Office 2018, the UK has invested over £11 million in the promotion and protection of LGBT rights across the Commonwealth.

“The Commonwealth is a voluntary grouping of independent and equal nations, but as a collective it has long been a powerful force for good. The values that our members hold dear, from human rights to equality, should apply to everyone in society,” Johnson said.

“I am immensely proud of the UK’s record on LGBT rights – the freedom to love who you want is a core British value and a vital component of any democracy. I hope world will see these values in action at next month’s Commonwealth Games,” he added.

The majority of the new funding (£2.5m) announced will go to civil society organisations and human rights defenders working to amend and repeal discriminatory laws and policies, and to safeguard progress in equalities.

A further funding allocation will support a secure data storage system for LGBT refugees from Afghanistan, and fund the UK’s continued work alongside the global Equal Rights Coalition as co-chairs.

The UK plays a leading role in promoting LGBT rights around the world.  Last year, the prime minister appointed Lord Herbert as the UK’s Special Envoy on LGBT rights, bringing together the Government’s domestic work and global leadership on the issue.