UK to charge for rapid Covid-19 testing early next year 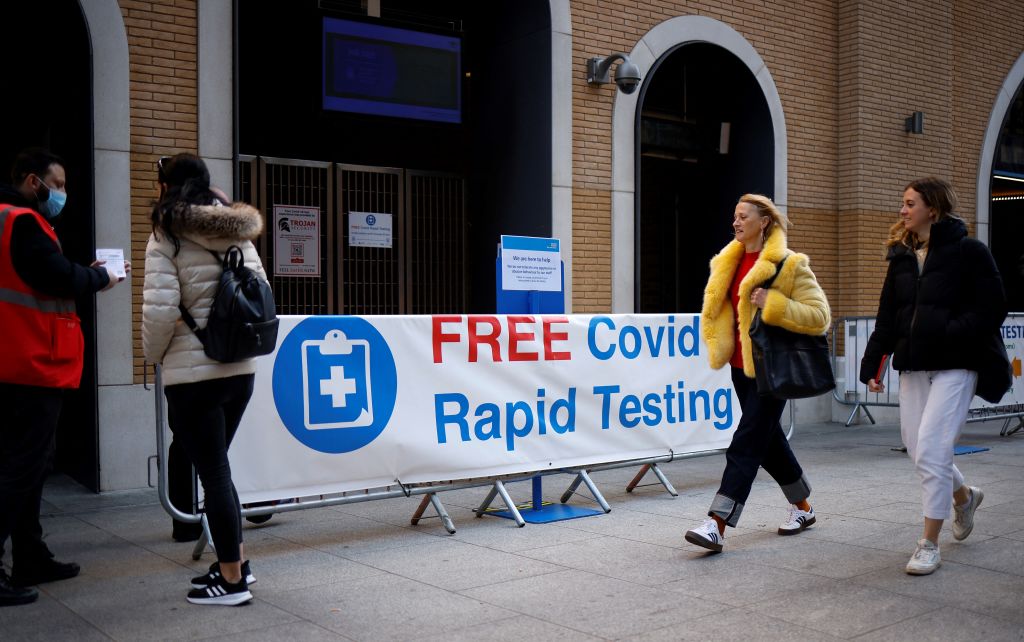 BRITAIN is aiming early next year to be ready to start charging for some previously free Covid-19 tests, two sources close to the health service said, a step one described as driven by the finance ministry’s desire to rein in spending.

The government and health officials have said that rapid testing, via easy-to-use lateral flow tests, is crucial for tracking the spread of Covid-19, with regular testing of those without symptoms identifying around a quarter of all cases.

But with a budget statement later this month, the finance ministry is keen to try to reduce its spending on the pandemic, which is set to hit 407 billion pounds ($555 billion).

Under the so-called winter plan, published last month, the government said it would “continue to provide the public with access to free lateral flow tests in the coming months”.

“At a later stage, as the government’s response to the virus changes, universal free provision of LFDs (lateral flow devices) will end, and individuals and businesses using the tests will bear the cost,” it added.

The government ended free lateral flow tests for businesses in England in July. According to the two sources close to the health system, steps are being taken to ready a charging system for the beginning of next year for widespread use.

Those steps include ensuring that payment capabilities are available on the government’s website at the beginning of January.

It is unclear when the charge would be introduced. One source said that decision would depend on the figures for Covid-19 hospitalisations and the infection rate.

Asked whether he would end the universal free testing offer early next year, health secretary Sajid Javid told Reuters: “At the moment it is available. We haven’t made any decisions about next year.”

The finance ministry declined to add to the health minister’s comments. But finance secretary Rishi Sunak has said he will return Britain’s public finances to a sustainable path, raising the prospect of a squeeze on spending.

KEEPING THAT PRICE ‘AS LOW AS POSSIBLE’

Under the universal provision, the government has made the tests freely available to order online or pick up from local pharmacies since April, and recommends people test themselves around twice a week.

According to the latest available government data, for the week of Sept. 16-22, more than 4.4 million rapid tests of asymptomatic people were registered, of which almost 50,000 were positive.

The Department of Health has declined to say what the tests cost, citing commercial contracts. One source said they can run to 30 pounds ($40.70) for a pack of seven.

Other European countries have started to charge for the tests including Germany, which was reported to be ending their free provision this month.

But business groups said that, along with the vaccines, mass, rapid testing has been a game-changer in allowing Britain to open up, and withdrawing the free provision too soon could be damaging.

For sectors such as hospitality, which have been particularly hard hit by months of closures during repeated pandemic lockdowns, free testing has been crucial to providing confidence for staff and customers.

“If the government wasn’t paying for it, we would want to use the government’s leverage to ensure that solution was cost effective for employers,” said Kate Nicholls, chief executive of industry group UK Hospitality.

“We need to make sure that we are keeping that price down as low as possible,” she added. “For small businesses, it would be very difficult for them to meet that kind of cost.”