He now faces the prospect of a £100 fine if a legal breach is established by the police. 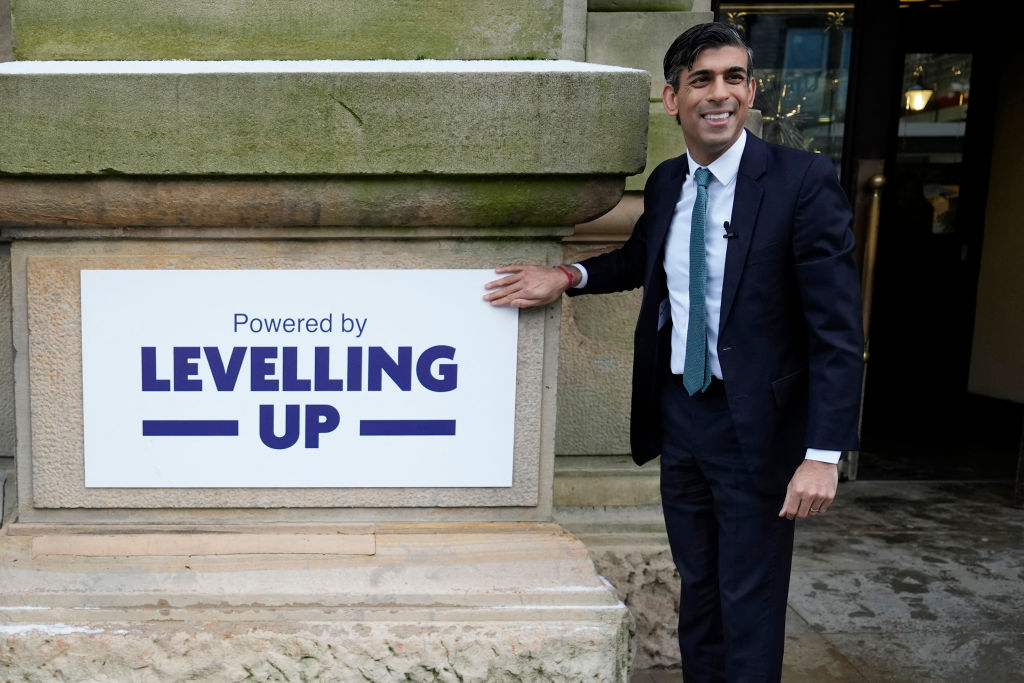 Britain’s Prime Minister Rishi Sunak poses with a “Levelling Up” plaque during a visit to Accrington Market Hall on January 19, 2023. (Photo by CHRISTOPHER FURLONG/POOL/AFP via Getty Images)
Follow Us

British police will be “looking into” a video in which prime minister Rishi Sunak can be seen riding in a car without a seatbelt — an “error of judgment” for which he has apologised, according to Downing Street.

In Thursday’s (19) video, produced for distribution on Sunak’s social media channels, the seatbeltless Conservative leader speaks from the back seat of a moving car about his policies for boosting growth during a trip to Lancashire in England’s north.

A Lancashire police spokesperson said authorities were “aware of the matter and we will be looking into it”.

A spokesman for Downing Street said that Sunak “fully accepts this was a mistake and apologises”.

“The prime minister believes everyone should wear a seatbelt,” the spokesman added.

“It was an error of judgment. He removed it for a short period of time to film a clip, which you’ve seen, but he accepts that was a mistake.”

Sunak filmed the video to promote his government’s new Levelling Up Fund announcements to fund over 100 projects around the country. Police motorbikes could be seen escorting his car as he addressed the camera.

The Opposition Labour Party said the latest incident added to “endless painful viewing” after a previous video appeared to show Sunak struggling to make a contactless payment with his card.

“Rishi Sunak doesn’t know how to manage a seat belt, his debit card, a train service, the economy, this country. This list is growing every day, and it’s making for endless painful viewing,” a Labour spokesperson said.

It came at the end of a day during which he also came under Opposition fire for using a Royal Air Force (RAF) jet to fly to the north of the country. Downing Street insisted the use of the aircraft was to ensure the best use of the Prime Minister’s time.

Sunak’s transportation habits had already been a talking point in the UK, with his political rivals taking aim at his use of a jet to make multiple short flights in recent days.

A spokesperson, however, defended the decision, saying Sunak used “different modes of transport depending on what’s… the best use of his time to enable him to get around the entire UK”.