Liz mocked Sunak’s insistence on his humble roots as he mentioned that his father was a doctor in the national health service (NHS). 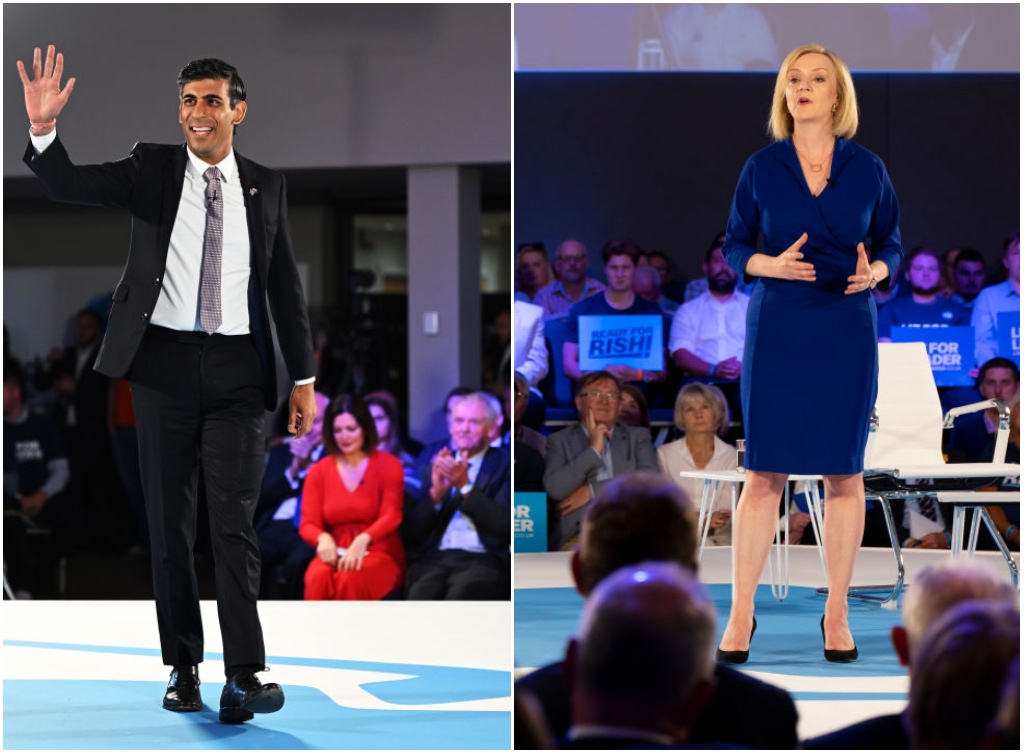 Rishi Sunak on Thursday appeared to score a surprise win with a studio audience at a key debate with frontrunner Liz Truss in the race to become Britain’s next prime minister.

While opinion polls back Truss to win the vote among Conservative party members, those sitting in the audience at the Sky News debate overwhelmingly supported Sunak in a show of hands — after an electronic voting system broke down.

Truss had faced acerbic questioning from presenter Kay Burley, including a run-through of her policy U-turns and the question: “Will the real Liz Truss please stand up?”

Truss had earlier been forced into another U-turn after a damaging statement by her campaign team on Monday that the government could save £8.8 billion ($10.75 billion) a year if it paid lower salaries to public sector workers who lived outside London.

“You wanted to cut civil servants’ pay in the regions and then you said you didn’t,” Burley said, listing her policy U-turns.

Truss insisted the proposal was misrepresented by the media.

“Should good leaders own their mistakes, or should they blame others?” Burley asked her.

“I’m not blaming anybody else. I’m not. I’m not. I’m saying the policy has been misrepresented by various people,” Truss said, appearing flustered.

Burley also challenged Truss on her comments soon after Russia’s invasion of Ukraine that she would back Brits going to fight on the Ukrainian side.

British fighters have since been captured and convicted as mercenaries and face a potential death penalty in the Donetsk separatist region.

Truss stressed the travel advice was always that British people should not go to Ukraine.

Sunak also faced tough questioning and a quip about his taste in designer loafers.

“People feel that you can’t walk a mile in their shoes because you’re walking in your Prada shoes,” Burley told Sunak, whose father-in-law is a billionaire.

She mocked Sunak’s insistence on his humble roots as he mentioned that his father was a doctor in the national health service (NHS).

“I grew up in an NHS household, you may have heard on this campaign,” he said.

“He never mentions it!” Burley interjected.

The final vote showed a larger number of hands for Sunak than for Truss, as Burley admitted: “I wasn’t expecting that.”

The result of the vote between Truss and Sunak, to decide who will replace Prime Minister Boris Johnson, is due on September 5.