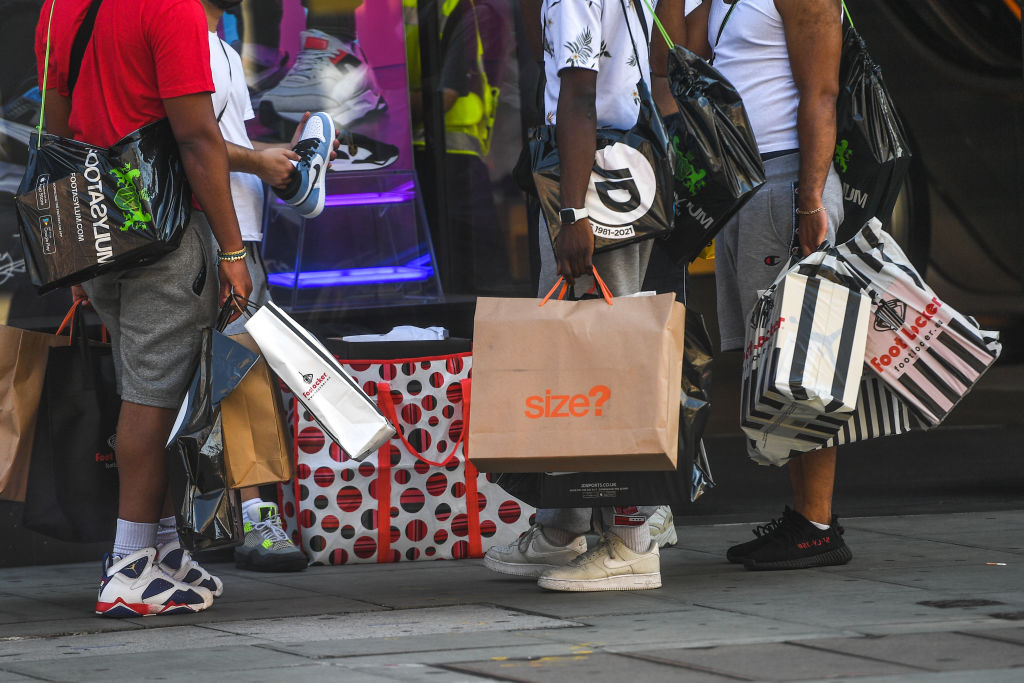 Shoppers are seen on Oxford street on September 8, 2021 in London, England. (Photo by Peter Summers/Getty Images)

BRITISH health minister Sajid Javid, a former finance minister, said on Wednesday (15) he thought the 3.2 per cent jump in inflation in August was probably a temporary increase but keeping an eye on inflation would make sense for governments around the world.

Inflation spiked in August to a nine-year peak on the reopening economy, but last year’s figure had been skewed by a restaurant discount scheme, official data showed Wednesday.

The Consumer Prices Index (CPI) soared to 3.2 per cent, the highest level since March 2012, the Office for National Statistics said in a statement.

That marked a record acceleration from 2 per cent in July, but the ONS cautioned that the uplift would be temporary.

“My view is I think it is probably a temporary increase,” he told BBC Radio, of the 9 year-high inflation reading. “We are globally seeing an increase in inflation and that is something that, for any government, they’re going to have to take account into future spending plans.”

While Javid said he thought that the government’s budget plans for the health service were sufficient to cover any rise in inflation, he added: “Keeping an eye on inflation makes a lot of sense.”

The Bank of England has warned inflation would strike 4 per cent — double its target — in the fourth quarter on reopening economies and a global supply crunch that was sparked by the pandemic.

“August saw the largest rise in annual inflation month on month since the series was introduced almost a quarter of a century ago,” said ONS statistician Jonathan Athow.

“However, much of this is likely to be temporary as last year restaurant and cafe prices fell substantially due to the ‘Eat Out To Help Out’ scheme, while this year prices rose.”

Inflation in August 2020 had been depressed by the discount scheme and temporary tax cuts aimed at boosting the Covid-hit economy.

The ONS added Wednesday that manufacturers are experiencing huge cost rises. Raw materials surged 11 per cent in the year to August, up from 10.4 per cent in July.

The UK’s economic recovery is flattening as a result of the stubborn pandemic, supply chain bottlenecks and the elevated cost of commodities.

In the UK, costs will continue to spike this year because of the “persistent” pandemic, BoE governor Andrew Bailey has warned.

“We have had two things going on globally,” Bailey stated last week.

“One is an increase in global demand and particularly global demand for goods, and that has lead to upward pressure on commodity prices.

“The second thing is that this imbalance of goods and services. We have got much stronger demand for goods relative to services and have had for over a year.”