The decision to close the Farne Islands was made after several hundred seabirds died on nearby Coquet Island. 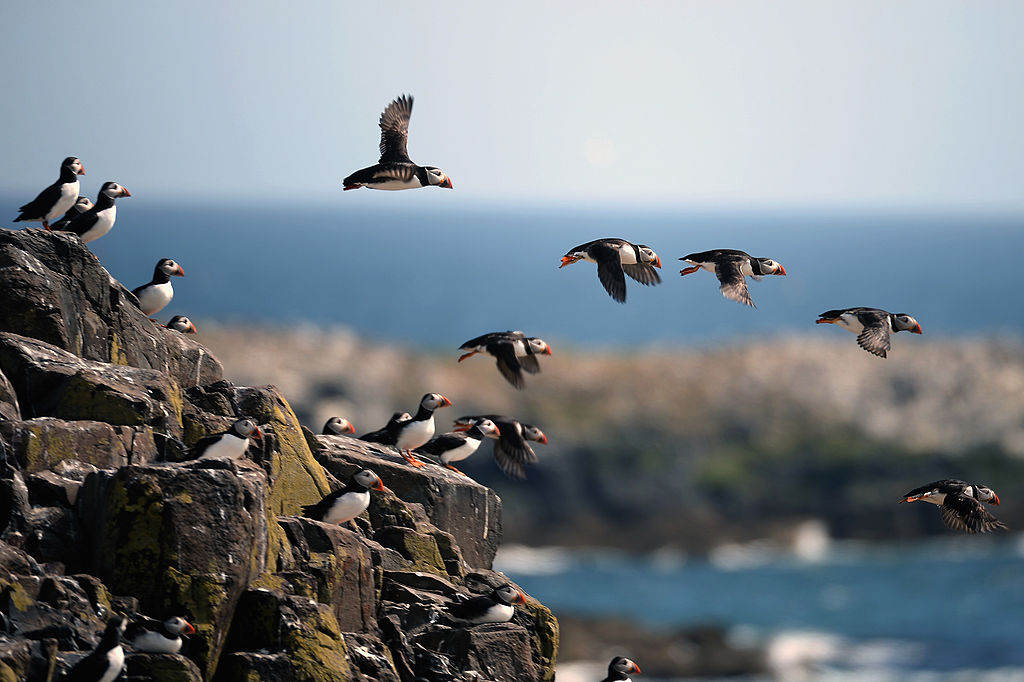 Seabird reserves in northeast England and Scotland have been closed to visitors after a suspected outbreak of bird flu, officials said on Friday.

The decision to close the Farne Islands, a popular draw for tourists who come to see puffins close up, was made after several hundred seabirds died on nearby Coquet Island.

Farne Islands general manager Simon Lee said seabirds that nest in dense colonies, such as Arctic terns, were vulnerable as they return to breed.

“Our ranger teams work tirelessly to monitor and protect these colonies but due to finding significant numbers of dead birds, we simply have no other choice but to close the islands.”

Coquet Island — home to Britain’s only breeding colony of roseate terns — is some 20 miles south of the main Farne Islands, off the coast of Northumberland, in northeast England.

Both are managed by the National Trust conservation charity.

Some 45,000 people visit the islands on boat trips every year to see up to 23 species of seabirds, as well as colonies of grey seals.

The windswept islands are home to some 200,000 seabirds including guillemots, kittiwakes, razorbills, and shags along with the Arctic terns and puffins.

The effect of the disease on the colonies could be devastating due to many species having low reproduction rates, Lee said.

Many of the birds that nest on the islands, such as the vulnerable Atlantic puffin, are already experiencing huge pressures due to climate change with warming sea temperatures impacting food stocks.

Lee said closure “will reduce the risk of disturbance on the birds, which will hopefully help at least slow down the spread of the disease during this breeding period before they leave the islands in late summer to continue their annual migratory cycle”.

Visitors will no longer be permitted to land on the Farnes from Sunday, although boat trips will still be allowed.

– Spread –
The disease was first discovered in UK domestic bird populations last winter and is now affecting wild birds, with infection proving fatal, according to The National Trust.

It is spread when birds come into direct contact with an infected bird, faeces, body fluids or indirectly via food and water.

The risk to humans is considered low and people are rarely affected.

The Isle of May and Noss National Nature Reserves in Scotland were closed to public landings from Friday to protect vulnerable seabird populations from the H5N1 strain of avian flu, Scotland’s natural heritage body NatureScot said.

Positive cases have been recorded in the far northern islands of Shetland and Orkney, St Kilda and Lewis off the west coast, and St Abbs in the southeast.

Large numbers of dead and sick seabirds have also been reported from Aberdeenshire, East Lothian and the west coast of Sutherland, with great skua and gannets, hardest hit.

At other coastal reserves such as Hermaness in Shetland, NatureScot has asked visitors to enjoy the spectacle from a distance and not walk through seabird colonies.