Trump could learn how to accept defeat from Vajpayee - EasternEye 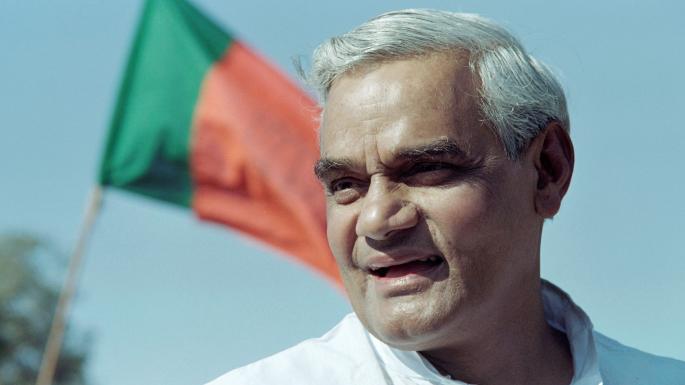 INDIAN democracy, for all its faults, seems much more mature than America’s, where it is work in progress.

A true test of a democracy is whether the loser is willing to step down without claiming, “I waz robbed.”

The world was impressed with the gracious manner in which the late Atal Bihari Vajpayee accepted his party’s shock defeat in India’s general elections in 2004.

The Bharatiya Janata Party (BJP) were expected to win because the Indian economy appeared to be booming, but, in retrospect, the “India shining” slogan made the poor feel they had been left behind, and that only rich corporates were benefiting from the boom.

Winning or losing elections was part of politics, I recall prime min­ister Vajpayee saying, or words to that effect. What he did tell Indians in a TV address was: “It is for you and history to judge what we achieved during this period. I do, however, have the satisfaction that our country is now stronger and more prosperous than when you placed the reins of office in my hands.”

And although 2004 is recent history, Vajpayee has been judged kindly for the manner of his departure.

Unlike Vajpayee, Donald Trump still refuses to accept defeat. People in America are wondering what sort of role he will play as he is forced out of the White House, with the threat of impeachment hanging over him. Five people died when the Capitol building was stormed by his supporters. But the abiding image is quintessentially Wild West – a man wearing a fur headdress with horns. He also “carried a spear, about six feet long, with an Ameri­can flag affixed just below the blade”. Jake Angeli, who has since been arrested, is now part of Amer­ican history.

What is worth noting is that Trump had fellow travellers in Britain. In the run-up to the US presidential election on November 3 last year, there were articles in the British press by those who argued Joe Biden would be bad for Britain.

In the light of the worldwide con­demnation of the attack on the Capitol, these people will keep a low profile – Nigel Farage has been uncharacteristically quiet – but they have not gone away.

Theresa May has been criticised for her unseemly rush to invite Trump to pay a state visit when she was prime minister. And in India, Narendra Modi’s critics have ridi­culed him for backing Trump. But they were not the only ones who tried to get close to a lawfully elect­ed US president, which Trump was. The UK, after all, is supposed to have a “special relation­ship” with the US. And In­dia, too, needs a strategic relationship with Washing­ton. But the danger was that some people – the far right, mostly in Britain – were try­ing to introduce Trump’s political philosophy into do­mestic politics.

The US system of democracy is deeply flawed because it in­terposes an electoral college between ordinary voters and the two presidential candidates. Far from leaving in a dignified manner, Trump wanted to cause maximum damage before being dragged out of the White House.

What was chilling was the hint from speaker Nancy Pelosi that Trump could no longer be trusted with the nuclear codes to which he retains access until the transfer of power to Biden. Was the president really going to trigger a nuclear war because he had been “robbed” of a second term?

As America agonised over what to do next, the New York Times noted: “The fresh bid to remove Mr Trump from office and strip him of his power without waiting until his term expires on January 20 capped a traumatic week that rattled Wash­ington more than any since the ter­rorist attacks of September 11, 2001.

“Some of Mr Trump’s critics ar­gued that it would be important to hold a trial even if he is already out of power in order to bar him from ever seeking office again… and per­haps more important, to render a verdict condemning his actions for the sake of history.”

I predict before too long, articles in the British press will be arguing that while the attack on the Capitol was wrong, there was much to be admired about Trump’s politics.