Tributes to ‘best Bond of them all’ - EasternEye

Tributes to ‘best Bond of them all’ 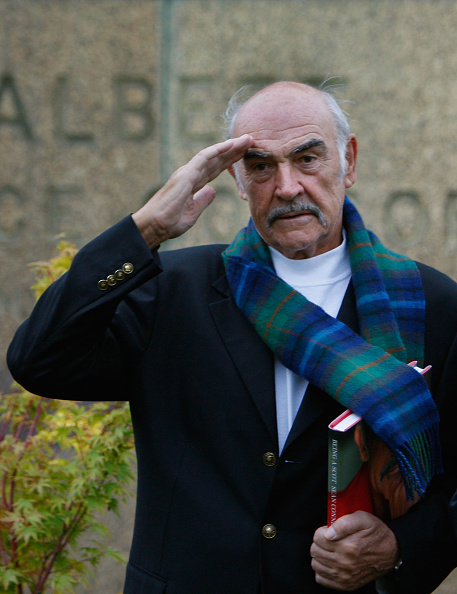 PEOPLE are rather surprised that Sir Sean Connery was 90 when he died last week at his home in the Bahamas.

One of the most eloquent trib­utes to Connery was paid by Ajay Chowdhury, editor of the James Bond International Fan Club and to my mind, Britain’s foremost au­thority on Ian Fleming’s creation.

“For the late Sir Sean Connery – you only live twice,” he said. “Once here in life, but forever on our cin­ema screens.”

Ajay, co-author of Some Kind of Hero: The remarkable story of the James Bond Films, added that Con­nery was “the original and for many, the best James Bond, a scintillating, ground-breaking British anti-hero. He prowled the screen like a leop­ard. The global James Bond com­munity mourns the loss of an indel­ible man and some kind of hero to us all.”

Fleming wrote 12 James Bond novels and two collections of short stories. The Bond franchise is now 60 years old, with No Time to Die, due for a delayed release on April 2, 2021, the 25th in the series. That means the later films were studio creations which somehow lack the authenticity of the movies adapted from Fleming’s novels.

Attempts to modernise Bond or to discuss whether 007 could be played by a black actor or even a woman reveal how far the character has evolved from the one conceived by Fleming.

To me, Connery was the quintes­sential 007 but set in his period. I don’t think I will ever tire of Dr No, From Russia with Love, Goldfinger or Thunderball, which I hope will be shown one day in Cannes in the ‘Classics’ category. Quite apart from anything else, the jokes Connery was given were so bad they were good.

Ajay reminded me: “When you watch the first James Bond film, Dr No, Sean Connery meets Sylvia Trench across the gaming tables of Les Ambassadeurs Casino in Ham­ilton Place, Mayfair.

“So James Bond begins here when Fleming finally does the deal with (producer) Harry Saltzman in 1960. James Bond literally begins here because this is where we first see James Bond – admittedly on a film set across the gaming tables.”

Cinema’s most famous introduc­tion takes place as the man is win­ning at cards and the woman losing in the casino.