Notably, the World Sikh Organization of Canada had demanded the City of Toronto change the rule requiring all security guards to be clean-shaven. 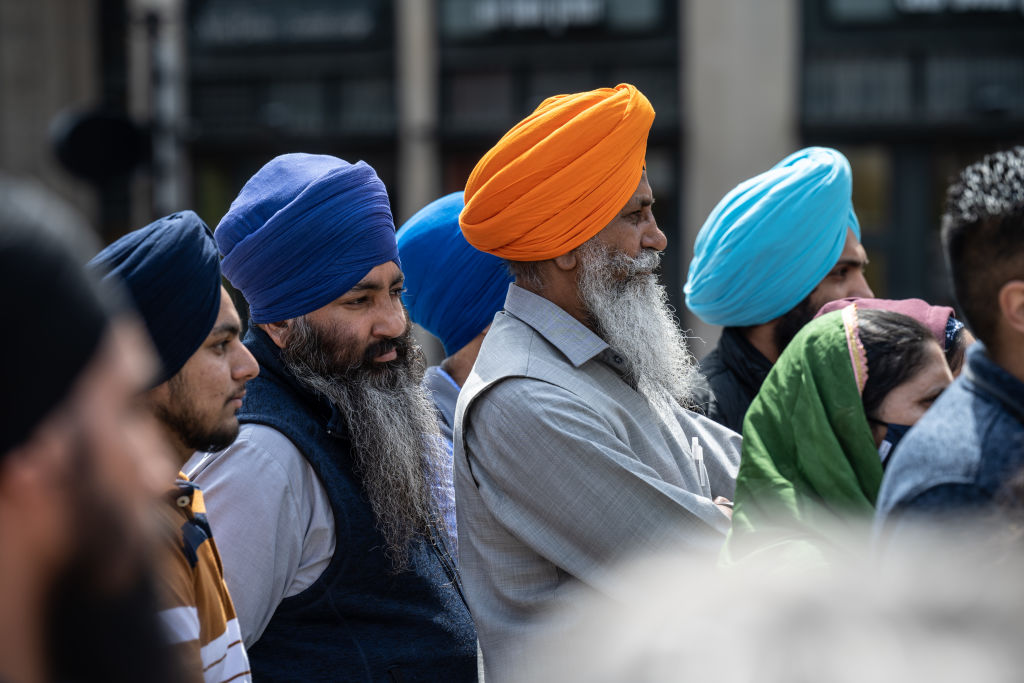 The City of Toronto has formally apologized to the World Sikh Organization of Canada for “any delay” in reinstating the Sikh security guard whose services were terminated over a “no-beard” policy.

Effective from Tuesday (local time) the city will immediately permit “under-mask beard covers” as a reasonable accommodation option for individuals who maintain facial hair as a tenet of their faith, according to an official statement. It has also asked contracted security service providers to accommodate any Sikh security guard employees who have requested religious exemptions and reinstate any employee whose employment was terminated.

Notably, the World Sikh Organization of Canada had demanded the City of Toronto change the rule requiring all security guards to be clean-shaven.

Toronto Sun had in its report cited WSO as saying that over 100 Sikh security guards had lost their positions at City of Toronto sites over the rule that requires them to be clean-shaven, so they can wear N95 masks.

Contracted employees who maintain facial hair were not fitted for protective N95 respirators required by public health directives in shelter settings where a COVID-19 outbreak is suspected or present.

The Toronto Sun cited WSO Legal Counsel Balpreet Singh as saying that private contractors that employed the guards told them that they were following city orders and when the guards were told they could ask for an exemption based on religious requirements, companies either moved them to lesser-paying positions or laid them off rather than deal with the city’s demands.

Addressing the complaint of the organization, the City of Toronto released a statement. “Effective Tuesday, the City of Toronto said that it will immediately permit “under-mask beard covers” as a reasonable accommodation option for individuals who maintain facial hair as a tenet of their faith and are required to be present at City sites with protective N95 respirator requirements.”

This includes contracted security guards at City shelter locations. Under-mask beard covering is a method of applying a tight-fitting mask over a beard that covers the chin and cheeks, and ties in a knot at the top of the head.

An N95 mask is then worn over the cover. The technique, also known as the Singh Thattha Method, is used by many Sikh people in the medical community and has been found to be highly effective in respirator fit testing.

Toronto also apologized to the World Sikh Organization of Canada for any delay in addressing this issue and ensuring security contractors were offering religious accommodations.

The City formally contacted its contracted security service providers and restated its expectations that they appropriately accommodate any Sikh security guard employees who have requested religious exemptions and reinstate any employee whose employment was terminated, immediately. The City will not accept any contractors failing to accommodate religious freedoms.

As per the release, the City has been investigating a complaint from the World Sikh Organization of Canada that it received in June that some of the City’s contracted security service providers did not offer appropriate accommodation to their employees who maintain facial hair for religious reasons.

City officials reached out to the World Sikh Organization of Canada to provide an update on the under-mask beard cover accommodation option that is being put into practice effective immediately.

This accommodation option was proposed by the World Sikh Organization of Canada and the City said it is grateful to the organization for this information. The City also committed to follow-up meetings with the organization.

Toronto has also communicated its expectations to its security services contractors, including that they provide appropriate accommodation to their employees. The City has confirmed to its contractors that with the option of under-mask beard covers now available, any impacted contracted security guard staff should be reinstated to these City shelter locations immediately and they should be appropriately compensated for any financial impact.

The City is committed to ensuring its policies are inclusive, read the release. “They are assessed routinely to ensure they respect the rights and freedoms of all those who work for the City – be they full-time or part-time employees, or employees of contractors,” it added.