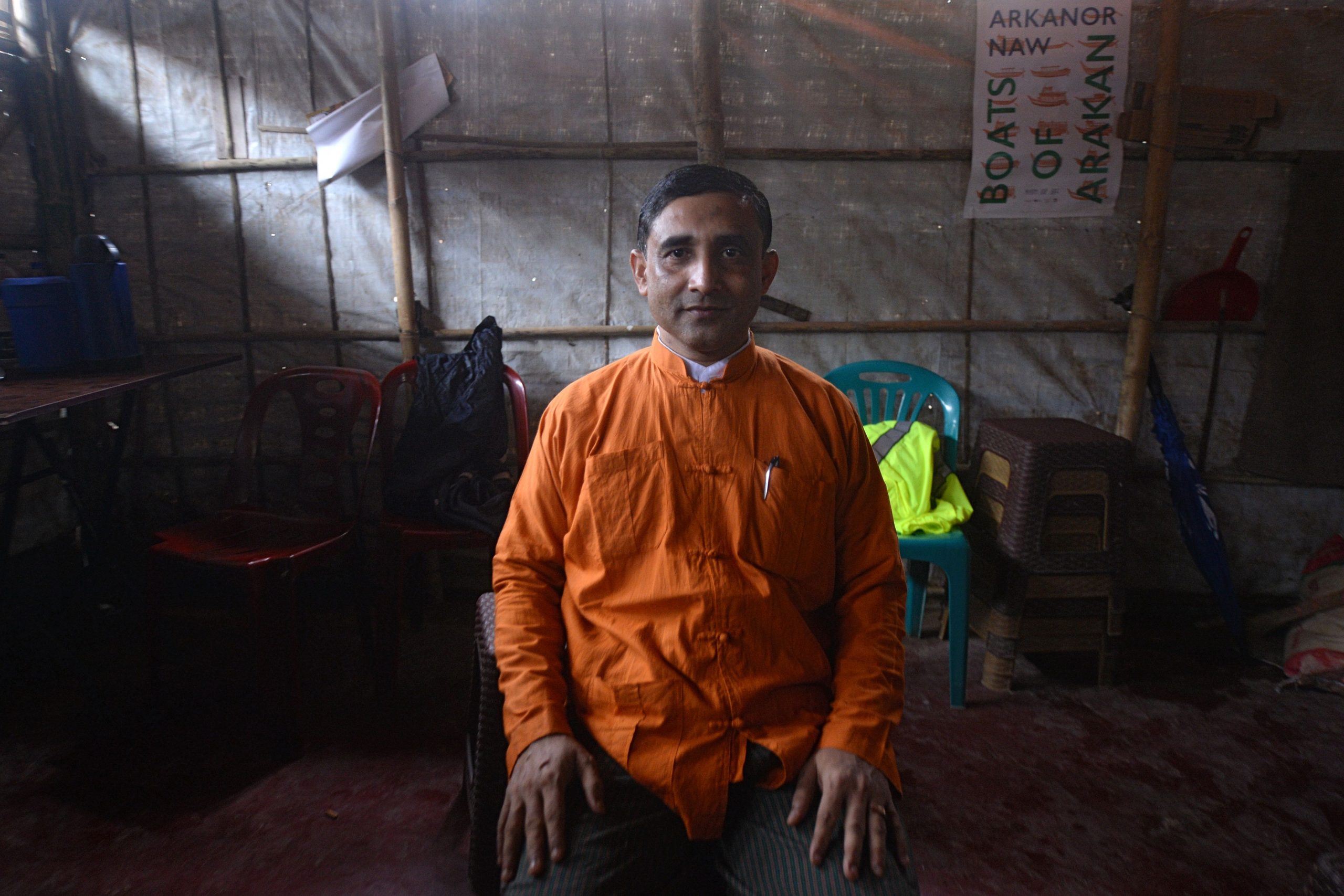 An unidentified assailant on Wednesday (29) shot dead a top Rohingya community leader in a refugee camp in the Bangladesh resort district of Cox’s Bazar, officials said.

Mohib Ullah was talking with other refugee leaders outside his office after attending evening prayers at around 8:00 pm (1400GMT) when the assailant came to the spot and shot him at least three times, Mohammad Nowkhim, a spokesman of Ullah’s Arakan Rohingya Society for Peace and Human Rights (ARPSH), said.

“He was shot dead at point blank,” he told AFP from a hideout, as most Rohingya leaders have since gone into hiding after Ullah’s death.

Ullah was rushed to the main MSF hospital in the camp. “He was brought dead,” a top medical source confirmed to AFP.

Bangladeshi officials have not yet confirmed the death. A camp security chief, however, said he heard Ullah was dead.

“Mohib Ullah was shot several times and he was taken to an MSF hospital. We heard that he already succumbed to his injuries. But we cannot confirm that yet,” Naimul Haque, the commanding officer of Bangladesh’s Armed Police Battalion, which is in charge of the security in the camps, told AFP.

Ullah, who is believed to have been 50, emerged as the main civilian leader of the persecuted Muslim minority community when more than 740,000 Rohingya took refuge in camps in Bangladesh, after a military crackdown by the Myanmar army on their villages in Rakhine province in August 2017.

Ullah formed the ARPSH in a Bangladeshi camp months after the influx, and it helped investigate the carnage carried out by the Myanmar armies and the Buddhist militias during the crackdown.

In August 2019, he organised a massive rally at Kutapalong camp, the main Rohingya settlement, which some 200,000 Rohingya attended. The rally confirmed his top leadership among the refugees.

That year, he was also flown to the United States, where he attended a religious freedom meeting hosted by the US State Department and led by then-US president Donald Trump.

But in recent years, Bangladeshi security forces restricted the activities of Ullah’s group. ARPSH was not allowed to hold any rallies during the anniversary of the crackdown in 2020 and 2021.