Up to 3,000 people a year with a certain type of secondary breast cancer will benefit from the treatment, which is the 100th cancer drug being fast-tracked to patients under the NHS Cancer Drugs Fund. 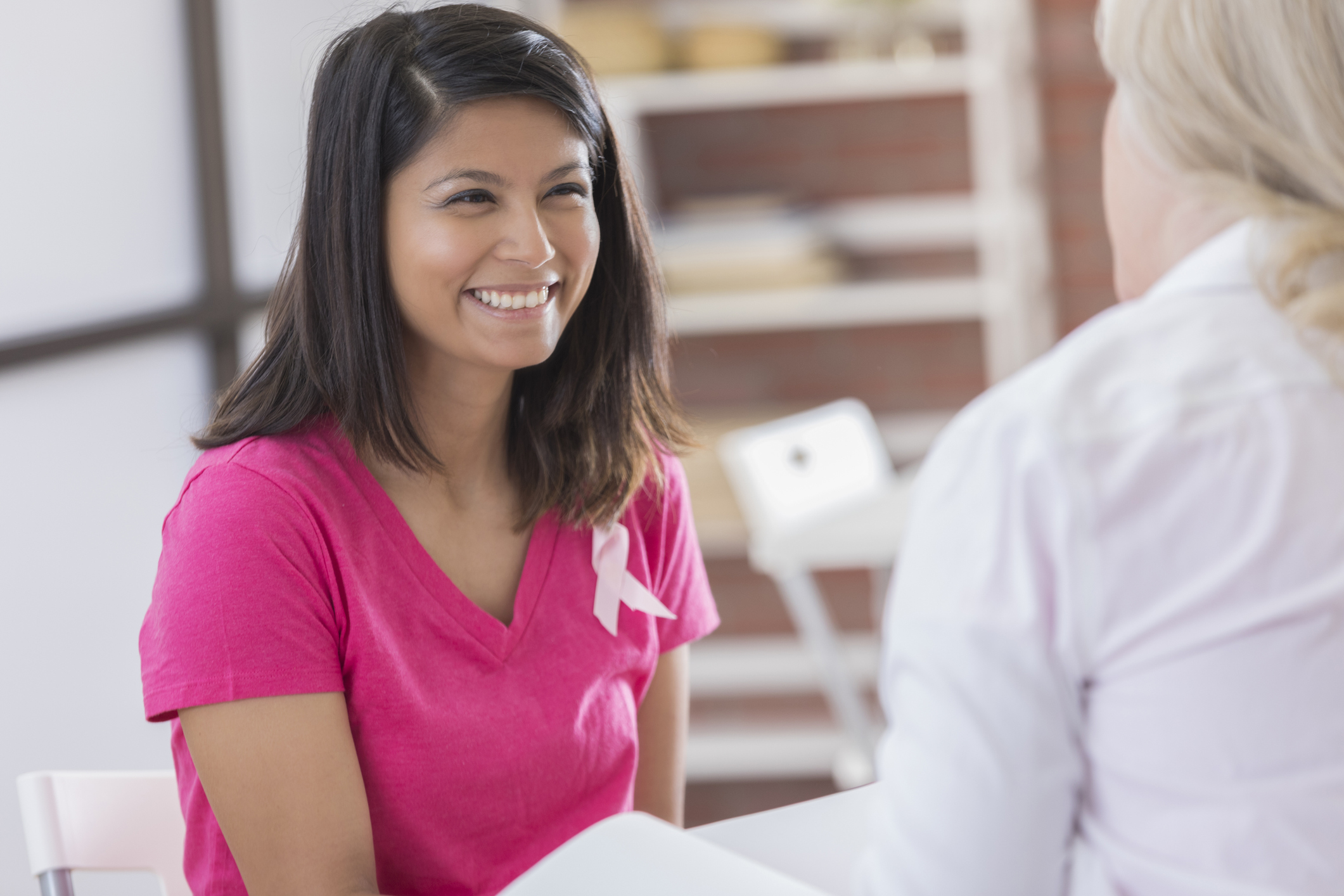 BREAKING BARRIERS: Experts say breast check-ups should be a part of regular self-care routines.
Follow Us

THOUSANDS of people a year with advanced breast cancer will benefit from a life-extending drug that has been fast-tracked onto the frontline of NHS patient care.

The drug, alpelisib, will be used in combination with the hormone therapy, fulvestrant, to target the gene that causes fast-growing tumours.

Up to 3,000 people a year with a certain type of secondary breast cancer will benefit from the treatment, which is the 100th cancer drug being fast-tracked to patients under the NHS (National Health Service) Cancer Drugs Fund (CDF), with 80,000 benefitting from a CDF drug in just over five years.

The £340-million funding pot for new cutting-edge cancer drugs allows the NHS to make the drugs available to patients months earlier than was previously possible, while further data is collected by the manufacturer and then used by NICE to support their final recommendations for use on the NHS.

The approach has contributed to people in England having access to nearly one third more cancer drugs compared to the European average.

The drug combination works by blocking the rogue gene’s ability to help cancer cells to survive and grow, with a key study showing that in half of people who received alpelisib with fulvestrant after previous treatment, their cancer did not progress for six months

The treatment, which is manufactured by pharmaceutical company Novartis, is part of a growing number of precision treatments that target a tumour based on mutations in its DNA and that the NHS is rolling out.

John Stewart, NHS national director for specialised commissioning said, “In just over five years, more than 80,000 people have benefitted from earlier access to a range of cancer drugs, with people in England having access to nearly one third more cancer drugs compared to the European average, and this latest innovative new treatment will help up to 3,000 more to live a better quality of life.

“This life-extending breast cancer treatment is the 100th to be rapidly made available to NHS patients thanks to the Cancer Drugs Fund, and will help people with secondary breast cancer to live longer.”

Before prescribing the drug, clinicians will take a small amount of tissue from a patient’s tumour and send it to a NHS Genomic Laboratory Hub for a new genomic test that can identify and then treat the tumour, if appropriate.

If this new test, which is now part of the National Genetic Testing Directory, shows a mutation in the specific gene called PIK3CA, then the targeted treatment could be offered to those who have not responded to other treatments.

A blood test could also be used to demonstrate circulating tumour DNA which can also show the specific mutation causing the cancer.

Breast-cancer patients that have received prior treatment with an endocrine and CDK4/6 inhibitor will be able to benefit from this treatment on the NHS after the medicines regulator, the MHRA, extended the license for the treatment in December 2021.

Professor Dame Sue Hill, chief scientific officer for England and the senior responsible officer for NHS Genomics said, “This is another powerful example of how genomic testing is supporting access to precision medicine for individuals living with cancer and allowing them to access more effective treatments on the NHS.

“Genomics is helping to revolutionise cancer care and the NHS Genomic Medicine Service is leading the way in delivering the latest genomic technologies to deliver better outcomes for patients.”

The NHS Long Term Plan is committed to providing the latest cutting-edge treatments and therapies for patients, and the CDF provides faster access to promising cancer treatments on the health service in England.

Along with the existing £340 million CDF, the NHS launched in June a new £340m Innovative Medicines Fund, meaning a total of £680 million of ringfenced NHS England funding will be available to deploy on fast-tracked cancer and non-cancer drugs.

Health and social caresecretary Steve Barclay said, “These new drugs will benefit over 1,000 cancer patients across the country, offering them more precious moments with their loved ones and a better quality of life.

“We are constantly monitoring the most promising treatments. The incredible work of the Cancer Drugs Fund has now provided early access to 100 cancer treatments for more than 80,000 patients since 2016 and is a pioneer for innovation.”

Baroness Delyth Morgan, chief executive at Breast Cancer Now, said, “It’s absolutely fantastic news that following a provisional rejection in March, alpelisib with fulvestrant has now been recommended by NICE for routine use on the NHS, bringing hope to thousands of patients living with a particular type of incurable secondary breast cancer.

“This will be the first targeted treatment option available for certain patients with a PIK3CA mutation which is estimated to be found in around 30-40 per cent of oestrogen receptor positive, HER2 negative breast cancers. Importantly, clinical evidence suggests that alpelisib with fulvestrant is more effective than the current standard treatment option – everolimus with exemestane – and is another step in delaying chemotherapy for patients, which can be associated with grueling side effects.”

Marie-Andrée Gamache, country president, Novartis Innovative Medicines UK and Ireland, said, “We know an advanced breast cancer diagnosis is devastating for patients and their loved ones, so we’re delighted that alpelisib has been approved as a treatment via the NHS in England and Wales.

“As part of our ongoing commitment to the breast cancer community, we have secured a broader licence with the MHRA and worked closely with NICE on this appraisal to provide access to as many eligible patients as quickly as possible. We welcome the systems in place to make alpelisib available immediately through interim funding from the Cancer Drugs Fund, and will continue to partner with the NHS and the entire healthcare system to identify new innovations that improve the quality of life for people with cancer.”