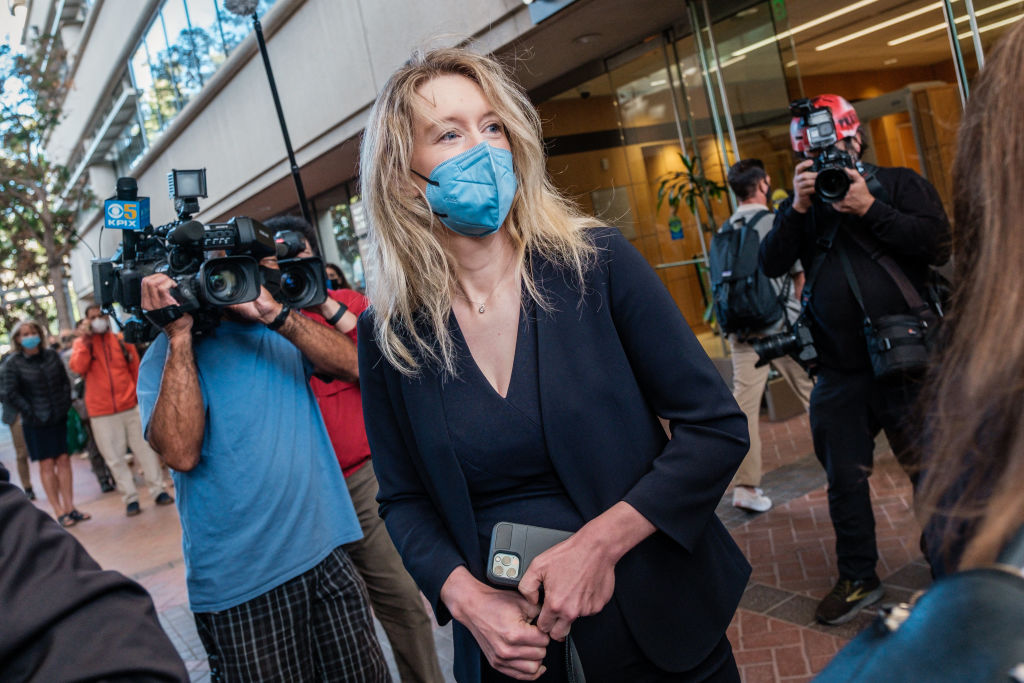 Elizabeth Holmes, the founder and former CEO of blood testing and life sciences company Theranos, arrives for the first day of jury selection in her fraud trial, outside Federal Court in San Jose, California on August 31, 2021. (Photo by NICK OTTO/AFP via Getty Images)

A US judge this week dismissed from a jury pool nine people who were unvaccinated against Covid-19.

While choosing an all-vaccinated jury may be within a court’s power to safeguard jurors, critics say it could reduce the fairness of trials.

The gender, age and ethnicity of the nine excused jurors could not be determined, but vaccinated Americans are more likely to be older, female, white, college-educated and Democratic.

“I think it’s a reasonable decision in the midst of the pandemic, but yes, the elimination of unvaccinated people is likely to affect the makeup of the jury pool,” said Valerie Hans, a professor at Cornell Law School.

Experts said the issue was likely to arise more frequently as in-person trials resume amid the pandemic.

While both the prosecution and defense in the Holmes’ trial backed the decision to excuse unvaccinated jurors, the issue could be grounds for challenging a verdict in cases where the parties do not agree.

A lawyer for Holmes and a representative of the US Attorney for the Northern District of California, whose office is prosecuting the case, did not immediately respond to requests for comment.

“Any unusual restrictions on who is eligible to serve on the jury in a particular case could raise issues on appeal,” said Kaspar Stoffelmayr, of the law firm Bartlit Beck.

Stoffelmayr confronted the question earlier this year, as the lawyer for Walgreens Boots Alliance in litigation over the pharmacy operator’s alleged role in fueling the opioid epidemic.

Hadar Aviram, a professor at University of California Hastings College of the Law who specialises in civil rights, said that in general, the demographic disparities resulting from excusing unvaccinated jurors would not run afoul of the Constitution, since the rationale for excluding them was not discriminatory.

But she said screening by vaccination status could lead to a jury that is unrepresentative of the general population in meaningful ways. Unvaccinated jurors are more likely to be politically conservative than liberal, she said.

Marinakis, the jury consultant, said those who do not get vaccinated tend to be critical of both companies and the government.

While that could be good for criminal defendants in many cases, she said, conservative jurors in the Holmes case might be more likely to view her claim that she was under the control of an abusive romantic partner, former Theranos chief operating officer Ramesh Balwani, as “just an excuse.”

Balwani has denied the allegations.

Stoffelmayr, however, cautioned against trying to predict how jurors would behave based on their vaccination status.

“I would not assume that demographic differences, or differences in personal beliefs and attitudes, between vaccinated and unvaccinated jurors, would necessarily favour one side or the other in the Holmes case,” he said.