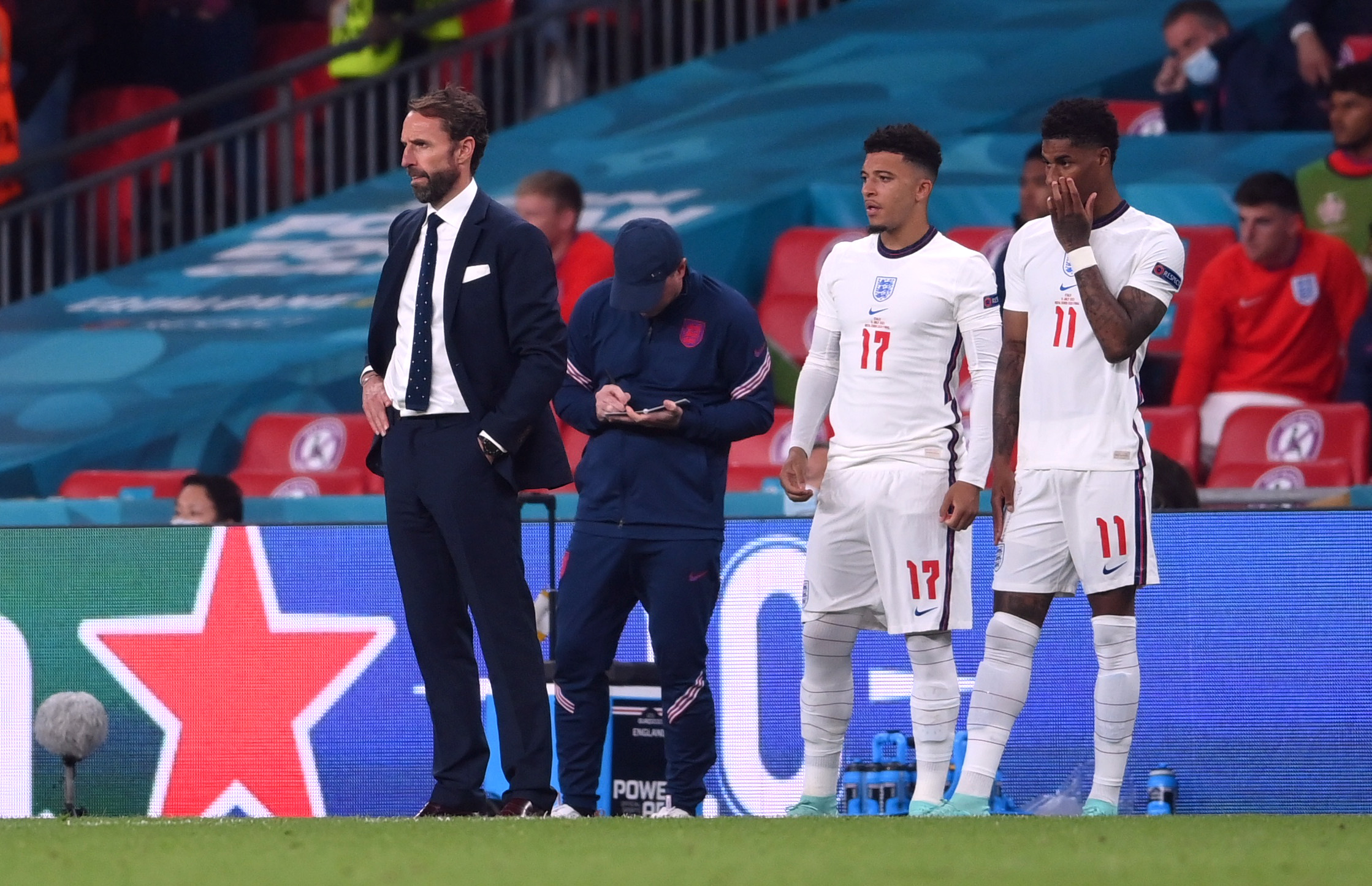 THE tears of England’s losing players at Wembley were replicated across the nation on Sunday (11) night, mixed in with disappointment and alcohol, after Italy beat Gareth Southgate’s young side in a penalty shootout to win Euro 2020.

After 15 months of intense Covid restrictions that at times left vast swathes of the country housebound, millions of England fans had packed into pub gardens, city squares and homes to watch their side contest a major final for the first time in 55 years.

They lost 3-2 on penalties after the match ended 1-1, leaving younger players who missed spot-kicks such as Bukayo Saka, 19, and Jadon Sancho, 21, sobbing on the shoulders and chests of their teammates.

Messages on social media appeared to show racist abuse being sent to Marcus Rashford, the other player who missed his spot- kick. There were also thousands of messages of support.

“It never goes according to plan,” said Ross Handle, sat slumped on a bench in Trafalgar Square. “We’ve come so far.”

Prince William, in the stadium with his wife Kate and seven-year-old son George, described the result as heartbreaking.

Prime minister Boris Johnson said the team played like heroes. “They have done the nation proud and deserve great credit,” he said.

England fans, the media and politicians have lauded Southgate’s players such as Harry Kane and Raheem Sterling for uniting the country during a pandemic which has killed almost 130,000 people, the highest death toll in Western Europe.

After years of disappointment, when star players like David Beckham led a so-called “golden generation” to limited success, Southgate crafted a younger more humble team, with stronger ties to their communities and the fans that follow them.

After Sunday (11) night, the Daily Telegraph front page read: “The Ultimate Agony” over a picture of Southgate, once the face of English failure for his own penalty miss in 1996, consoling Saka. The Daily Mail said: “It All Ends In Tears”.

While Covid cases are still rising, the government had urged people to be cautious when watching matches but thousands had gathered in city centres.

Many had started drinking early and before the game fans clambered on to the roof of buses and let off flares. One man dressed in mock chain mail armour and wearing a red cape wielded his plastic sword while clinging to the top of a traffic light.

About two hours before kickoff, hundreds of fans charged security at Wembley to try to enter the ground, with video clips showing fans fighting each other and officials. Earlier in the day, many had thrown and smashed bottles at Leicester Square in London.

Police said after the game they had arrested 45 people and that they were on hand to help people get home.