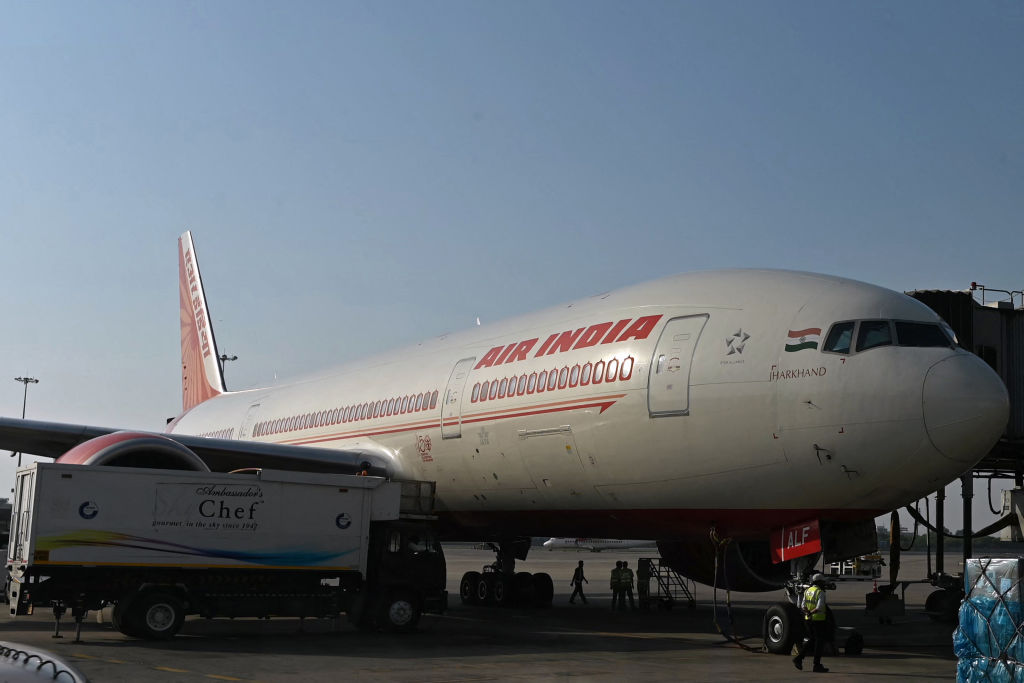 Members of ground staff stand next to an Air India aircraft on tarmac at the Indira Gandhi International airport in New Delhi on October 8, 2021 (Photo by SAJJAD HUSSAIN/AFP via Getty Images)

TATA SONS’ $2.4 billion purchase of debt-ridden, government-owned Air India will give the conglomerate immediate access to valuable flying rights and landing slots that will help it claw back market share from foreign rivals.

But industry executives warn any success will be a long and complicated process that could cost it more than $1 billion and require fixing myriad problems, including its worn-out fleet, poor service and the lack of a charismatic leader.

Air India, with its maharajah mascot, was once renowned for its lavishly decorated planes and stellar service championed by the airline’s founder, JRD Tata, India’s first commercial pilot.

But since the mid-2000s, its reputation has fallen as financial troubles mounted. It flew widebody planes with business class seats in poor repair and grounded some of its new Boeing Co 787 Dreamliners to use for spare parts. Customers faced many delays and staff and suppliers were not always paid on time, executives said.

“If you don’t have newer airplanes or airplanes that are reliable, no matter what you do, you are going to have a problem,” said a veteran aviation industry executive who was not authorised to speak publicly about the matter.

The ownership transfer from the government to Tata is expected to go through by the end of the year. The company will then have until summer 2022, when a post-Covid demand surge is expected, to fix the issues, the person added, estimating it would cost more than $1 billion to refurbish Air India’s 141 planes and up to $300 million to retrain staff and improve operations and service.

The figures do not include the purchase or lease of new aircraft.

Air India’s biggest competitive advantage is its ability to fly non-stop to destinations like the US and Europe, where it enjoys lucrative landing rights. Foreign hub carriers such as Emirates and Etihad Airways can only compete with one-stop options.

Many industry experts predict that after the pandemic, non-stop flights will become even more popular, particularly with lucrative business travellers.

“I’m a big believer if a passenger has a choice their strong preference is to fly point to point,” Robert Martin, chief executive of lessor BOC Aviation said at a CAPA Centre for Aviation event last week.

Foreign carriers dominated international traffic to and from India before the pandemic hit, with Air India holding a 19.3 per cent share, including its low-cost arm Air India Express, in the final quarter of 2019, according to government statistics.

If an improved Air India can win back even 20 per cent from other global carriers it would be a big boost to the bottom line, the industry executive said.

Tata also owns majority stakes in Vistara, a premium joint venture with Singapore Airlines and AirAsia India, a low-cost carrier with AirAsia Group. Tata has benefited from its partners’ expertise but neither venture is profitable.

Having three airlines is likely to put Tata in a strong bargaining position with aircraft manufacturers, engine makers and lessors, as well as with suppliers, airport operators and fuel companies, analysts say.

Air India had about $2.1 billion of unpaid bills, which the government took over before the airline’s sale to Tata.