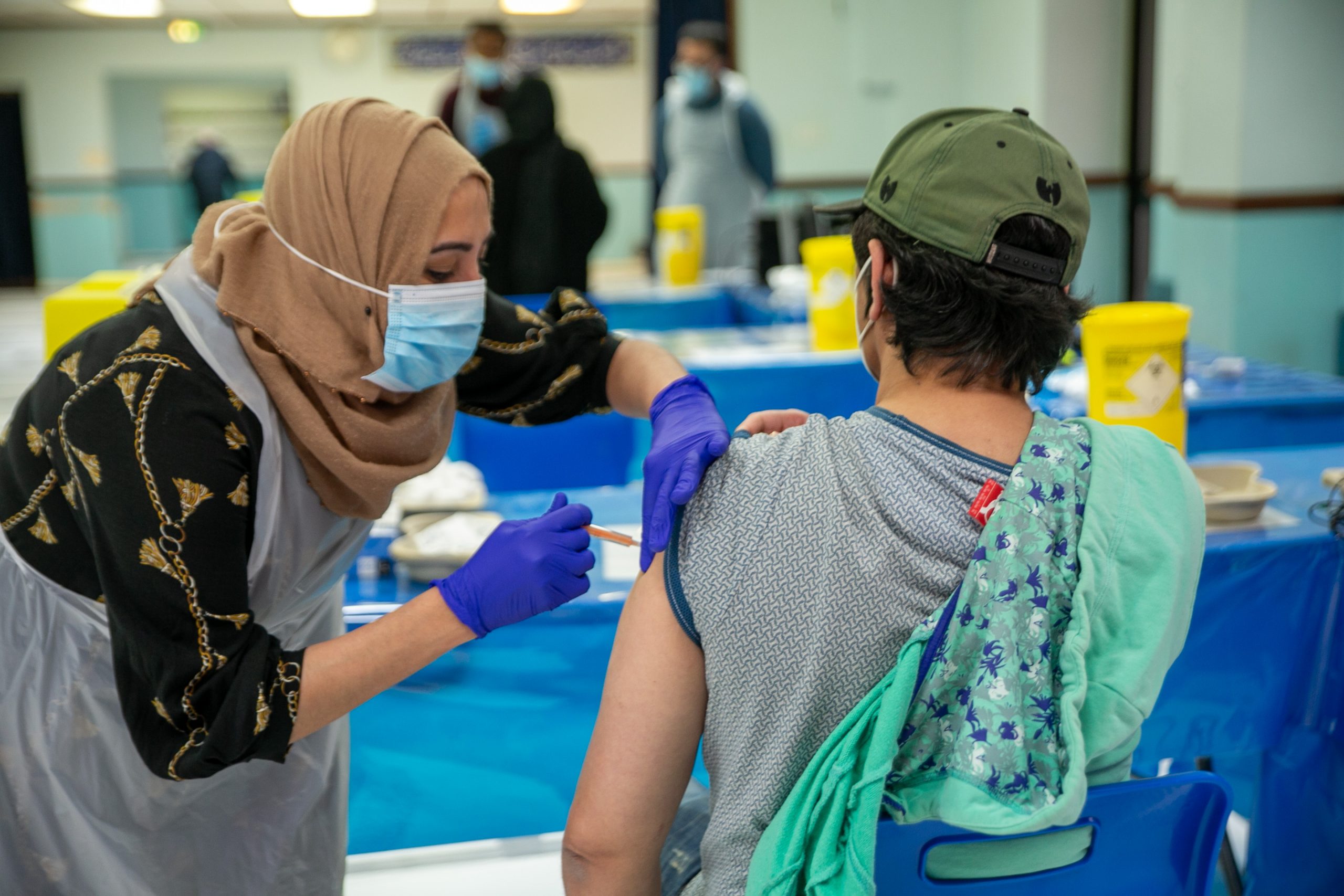 The Al-Abbas Islamic Centre became the first mosque in the UK to open as an inoculation hub in January (Photo credit: Zaasha Photography)
Follow Us

MUSLIMS have been encouraged to attend vaccination appointments during Ramadan as community leaders raised concerns that some may delay their jabs due to fears it may break their fast.

Throughout Ramadan, which began on Tuesday (13), Muslims fast every day from dawn to sunset. However, some have expressed concern about a drop in the numbers of Muslims actively engaging with vaccination drives during the holy month.

Murtaza Master is the clinical director for the Masters Pharmacy group, which delivers vaccination services at mosques in Birmingham, including the Al-Abbas Islamic Centre (AAIC) and the Green Lane Masjid and Community Centre (GLMCC).

He has predicted many Muslims may not want to receive their jab during the holy month for various reasons. “Some people will know that they may have side effects after the jab and will think they cannot afford to get ill when they are fasting,” he told Eastern Eye. “Others will not recognise the official stance on vaccinations from organisations such as the Muslim Council of Britain (MCB).”

The MCB has supported Muslims being immunised during Ramadan. The group’s secretary general, Zara Mohammed, said: “The message for vaccination during Ramadan is clear – vaccines don’t invalidate your fast. Stay safe, protect one another and get vaccinated.”

The British Islamic Medical Association (BIMA) also released guidance to confirm vaccinations were safe during Ramadan. Dr Farzana Hussain, a practising Muslim who works at The Project Surgery in east London, said there was no need to avoid daylight hours and it was a religious duty for Muslims to get vaccinated when their turn comes.

Dr Hussain added: “Getting an injection does not break the fast as it’s not nutrition. So there is absolutely no reason why you shouldn’t have it if you are eligible and have been invited for your Covid-19 vaccine, and those scheduled for their second dose, should take it.

“The Qu’ran says saving your life is the most important thing – to save one life is to save the whole of humanity. It’s the responsibility of a practising Muslim to take the vaccine,” Dr Hussain said. “Anyone concerned about requiring painkillers should remember that while side effects are unlikely, breaking the fast to take medication is allowed during Ramadan if you are unwell, regardless of the cause.”

Saleem Ahmed is the head of services and welfare at GLMCC. He confirmed that imams from the mosque have put out official statements to reassure communities the vaccination does not nullify the fast. “For Muslims who want to take the vaccine, they can do so without worrying about invalidating the iftar (the meal eaten by Muslims after sunset during Ramadan),” Ahmed told Eastern Eye.

Although recent figures have shown an increase in vaccine acceptance from ethnic minority groups, data from the Office of National Statistics (ONS) showed Muslims are one of the least likely faith groups to take the jab compared to members of other faiths. Statistics released last month found the lowest rates of vaccination were among adults aged over 70 identifying as Muslim (72.3 per cent).

The AAIC became the first mosque in the UK to open as an inoculation hub in January. Master admitted the initial response to the centre was slow, as some ethnic minorities were hesitant to take the vaccine due to the spread of various conspiracy theories. Since the vaccine has been endorsed by local faith leaders, the centre has seen an increase of people coming forward.

“The imams and all the community leaders have encouraged the community to take part in the scheme,” said Master, who is an AICC congregation member. “I think that has enormously helped and the figures have really increased. There’s much, much more uptake now than we had in the first few weeks.”

Acknowledging the circulation of rumours, Ahmed said: “Our stance is not to force anybody to take the vaccination, but to dispel any myths around it and to make it accessible for those who do wish to take it. We’ve worked with the BIMA on this – a core part of our faith is to trust people of knowledge and be fact-based.”

Using mosques as vaccination hubs means they can accommodate any religious or cultural needs, experts said. For instance, services are offered in a number of different languages. The AAIC and GLMCC also offer segregated sections for women who are being vaccinated (Islam has principles of separating the sexes in places of worship).

“We need to consider the needs of the community or the wants of the community, so we provided a facility for women to have a separate screening area,” Ahmed explained. “And we found that not only do (Muslim) women want to use it, but so do many men and non-Muslims too.”

As Muslims are familiar with and trust their places of worship, Master believes it gives them confidence to engage with the vaccine programme. “They have a lot of confidence in mosques just like people have confidence in GPs,” he explained. “They feel much more at ease at having it in such a place.”

In response to Eastern Eye, an MCB spokesperson confirmed that new guidance had been released by the council prior to Ramadan, aiming to help mosque and community leaders keep their communities safe during the holy month.