“It is important, however, that young people critically evaluate the health information they receive on social media and the source of the information.” 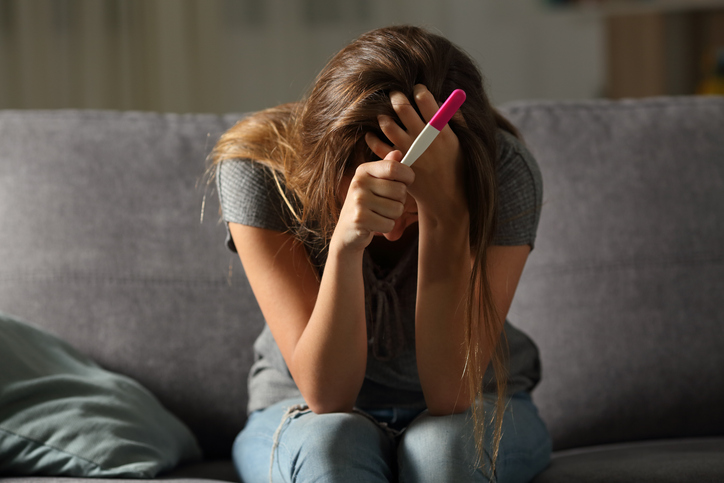 According to new research, contraceptive advice from social media celebrities may be putting young people at risk of unexpected pregnancies.

Teenagers and young adults may also be receiving false sexual health information, making many of the popular videos a public health hazard, according to the study, which was published in the journal Health Communication. Researchers analyzed numerous YouTube videos posted by influencers with up to 2.2 million followers and found that viewers would be more likely to receive information about stopping hormonal contraception, rather than on how to use contraception or have safe sex.

Previous studies suggests that influencers are more persuasive and influential than traditional celebrities, due to their relatability and accessibility. Young people see them as being highly trustworthy, with young women saying that influencers can seem like close sisters.

YouTube influencers are particularly likely to give out personal information – something that’s known to strengthen bonds with followers.

To learn more, a team of experts from the University of Delaware in the US searched YouTube for videos in which influencers with at least 20,000 followers talked about their experiences of contraception.

They identified 50 videos posted between December 2019 and December 2021 by influencers with between 20,000 and 2.2 million followers.

The videos were then analyzed to determine the influencers’ attitudes to hormonal birth control, including contraceptive pills, injections and implants, and non-hormonal versions, such as fertility tracker apps and condoms.

Findings showed most of the influencers talked about stopping hormonal birth control, with 92% saying they were using it or had used it and 74% saying they’d discontinued, or planned to discontinue, it.

The influencers’ main reasons for stopping it were the desire to be more natural and to improve their mental health. However, the connection between depression and hormonal birth control is still unclear say the researchers.

Some 40% of the influencers said they were using, or had used, non-hormonal birth control, with fertility trackers the most popular method.

Reasons given for liking non-hormonal birth control included it helping prevent pregnancies, being more natural, having fewer side-effects and being cost-effective.
The popularity of fertility trackers is concerning, says lead author Emily Pfender, of the Department of Communication at the University of Delaware – who describes some of the information as “potentially harmful,”.

“Tracking cycles may not be as effective at preventing pregnancy as hormonal birth control,” she says.

“Additionally, what young viewers don’t see in influencer content is the amount of effort and meticulous planning that goes into tracking cycles.

“For example, to use the cycle tracking method as intended, women must faithfully measure basal body temperature and viscosity of cervical fluid at the same time every day, track cycle lengths to calculate their fertile window and refrain from having sex on specific days of their cycle.”

“The discontinuation of hormonal birth control is risky because it increases the likelihood of unplanned pregnancy,” adds Ms. Pfender.

“Influencers’ videos that discourage the use of a highly effective option for birth control and fail to encourage using other forms of protection to prevent against pregnancy and sexually transmitted infections are a public health issue.”

Limitations of the study include a lack of information about who is watching the videos, whether some age groups find them more persuasive than others and if the keywords used to search for the videos picked up all the relevant examples.

The authors conclude that while social media can be a valuable source of information, young people should treat influencers’ advice about contraception with caution.

“It is important, however, that young people critically evaluate the health information they receive on social media and the source of the information.

“They should be skeptical of taking a one-size-fits-all approach to health based on the information we find online.”