MPs will keep voting until only two candidates remain, the winner then being decided by the party members. 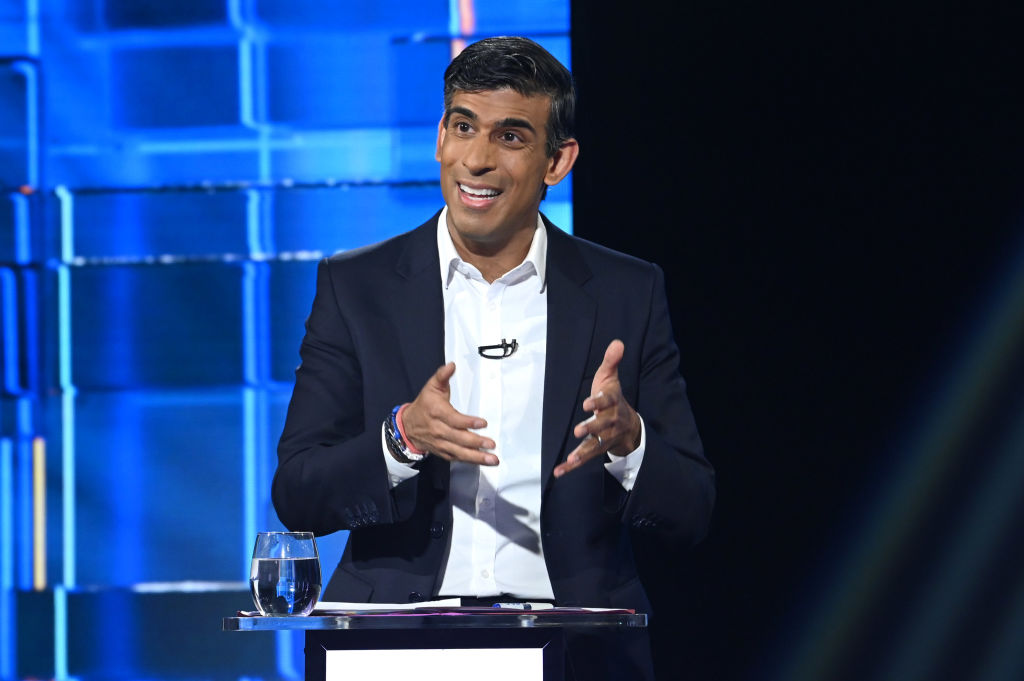 FORMER finance minister Rishi Sunak widened his lead in the latest round of voting Monday (18) by Conservative MPs to decide Britain’s next prime minister, but the race to get in the final two tightened.

Sunak won the support of 115 Tory lawmakers, followed by Penny Mordaunt on 82 votes, Liz Truss on 71, Kemi Badenoch on 58 and Tom Tugendhat on 31, who drops out as the last-placed candidate, the party announced.

MPs will keep voting until only two candidates remain, the winner then being decided by the party members.

Mordaunt had been bookmakers’ favourite before the weekend, but lost votes from the previous round.

Foreign Secretary Truss closed the gap to 11 and can probably expect more support switching to her from Badenoch’s backers, should the insurgent candidate be eliminated in the next round, promising a tense race to make the final cut Wednesday.

Television bosses earlier Monday scrapped a planned debate between the remaining contenders for Tuesday night after Sunak and Truss pulled out, said Sky News, which was due to host it.

“Conservative MPs are said to be concerned about the damage the debates are doing to the image of the Conservative party, exposing disagreements and splits within the party,” it added in a statement.

Prime Minister Boris Johnson announced on July 7 he was quitting as Conservative leader after a government rebellion in protest at his scandal-hit administration.

He is staying on as prime minister until his successor is announced on September 5.

In the two previous televised debates — on Channel 4 Friday and the ITV network Sunday — the contenders clashed notably on whether to cut taxes to help ease a soaring cost of living crisis.

But Sunday’s clash turned more acrimonious — and personal — with candidates encouraged to directly criticise one another and their proposals.

Sunak called out Truss for voting against Brexit, her previous membership of the Liberal Democrats, and her position on tax.

In turn, Truss questioned Sunak’s stewardship of the economy.

Badenoch attacked Mordaunt for her stance on transgender rights — a rallying call in the “culture wars” exercising the Tory right.

Paul Goodman, from the ConservativeHome website, likened the debates to a “political version of ‘The Hunger Games'” questioning their decision to agree to them.

“Tory MPs and activists will have watched in horror as several of the candidates flung buckets of manure over each other,” he wrote.

He asked why they would agree to publicly criticise the record of the government that all but one of them served in, or the policies they supported as ministers.

The main opposition Labour party has called for Johnson to leave office immediately.

Its leader, Keir Starmer, called the candidates’ withdrawal a sign of a party “out of ideas (and) out of purpose”.

“Pulling out of a TV debate when you want to be prime minister doesn’t show very much confidence,” he added.

During the debate, Johnson defended his government’s record, citing the vaccine rollout and support of Ukraine.

“I believe this is one the most dynamic governments of modern times, not just overcoming adversity on a scale we haven’t seen for centuries but delivering throughout adversity.”

The government won the vote on Monday night by 349 votes to 238.

Former Labour leader Jeremy Corbyn joked that his one-time sparring partner Johnson was taking MPs on a “fantasy tour of this country”.