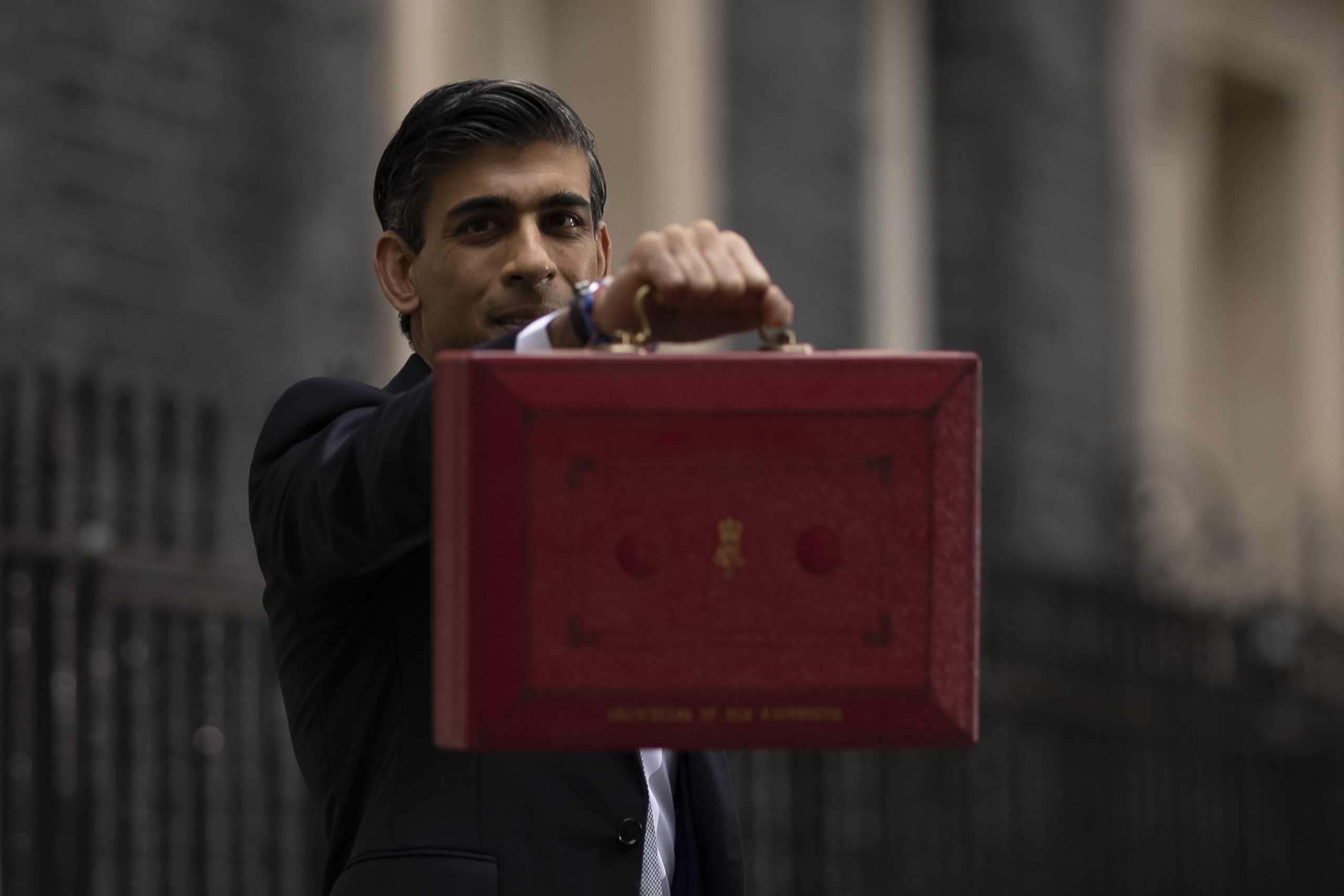 Chancellor of the Exchequer, Rishi Sunak, holds the budget box as he departs to deliver the annual Budget, at 11 Downing Street on October 27, 2021 in London, England.(Photo by Dan Kitwood/Getty Images)

Britain’s pandemic-hit economy is set to extend its solid recovery into next year despite strong inflationary pressures, chancellor Rishi Sunak announced on Wednesday (27).

Confirming plans for multi-billion-pound funding projects, Sunak said in a budget speech that the government was reducing state debt that soared during the pandemic.

And after triggering an outcry by cutting Britain’s foreign aid budget, the chancellor of the exchequer vowed to restore the funding in the coming years.

“Today’s budget delivers a stronger economy for the British people: stronger growth, with the UK recovering faster than our major competitors,” Sunak said in his speech.

Opposition parties said the budget, while offering tax help for businesses including airlines and banks, did nothing for ordinary people struggling with soaring inflation and beleaguered public services.

“They will think he is living in a parallel universe,” Labour’s finance spokeswoman Rachel Reeves told Sunak in parliament.

Mick Whelan, general secretary of the train drivers’ union Aslef, said that just ahead of next week’s COP26 climate summit in Glasgow, “cuts to air passenger duty send out all the wrong signals”.

Rebecca Newsom, head of politics at Greenpeace UK, said climate change should have been the centrepiece of the spending review — “but Sunak spent more time discussing duty on domestic cider”.

UK gross domestic product output is expected to rebound by 6.5 per cent this year before slowing slightly in 2022, said Sunak.

The 2021 forecast was much stronger than the 4.0-percent GDP growth predicted in March, but Sunak added that the pace of output would slow to 6.0 per cent next year.

He said the UK economy was on course to return to its pre-pandemic level at the turn of the year, while recognising that “people are concerned about global inflation” as economies reopen after lockdowns.

Sunak said the UK annual inflation rate was forecast to climb to an average of 4.0 per cent over the next year from 3.1 per cent currently, with price rises fuelled by soaring energy costs and post-Brexit supply constraints.

Britain’s growth expectation this year meanwhile compares favourably with Europe’s biggest economy Germany, which Wednesday forecast GDP expansion of around 2.6 per cent in 2021.

On the eve of its budget, the UK government revealed plans to raise minimum wage rates and end a freeze on pay rises for public-sector workers.

But the boost to salaries is likely to be offset by rising inflation, which is denting Britons’ spending power.

A further hit has come from the government returning welfare benefit payments to pre-pandemic levels, after a temporary hike to help families through the virus outbreak.

British unemployment meanwhile risks soaring in the coming months after the government ended its costly jobs furlough scheme, which paid the bulk of wages for millions of private-sector workers during the pandemic.

That was equivalent to 14.9 percent of gross domestic product, the highest UK level since the end of World War II.

But Sunak is also under pressure from his Downing Street neighbour, prime minister Boris Johnson, to deliver on pledges to “level up” unequal growth around Britain.

For sport, British bids to stage the 2025 women’s rugby World Cup, the 2026 Tour de France Grand Depart and the 2030 men’s football World Cup (jointly with Ireland) all got extra funding.

But Sunak also emphasised fiscal probity, and is reportedly hoping to build a war chest now to fund tax cuts before the next election due in 2024.

However, undermining his stress on mending the finances, a committee of MPs reported Wednesday that the government had largely wasted an “eye-watering” £37 billion on a test and trace programme for Covid-19.