Sunak, 42, had been on a meteoric trajectory to power that could have made him Britain’s first Hindu prime minister. 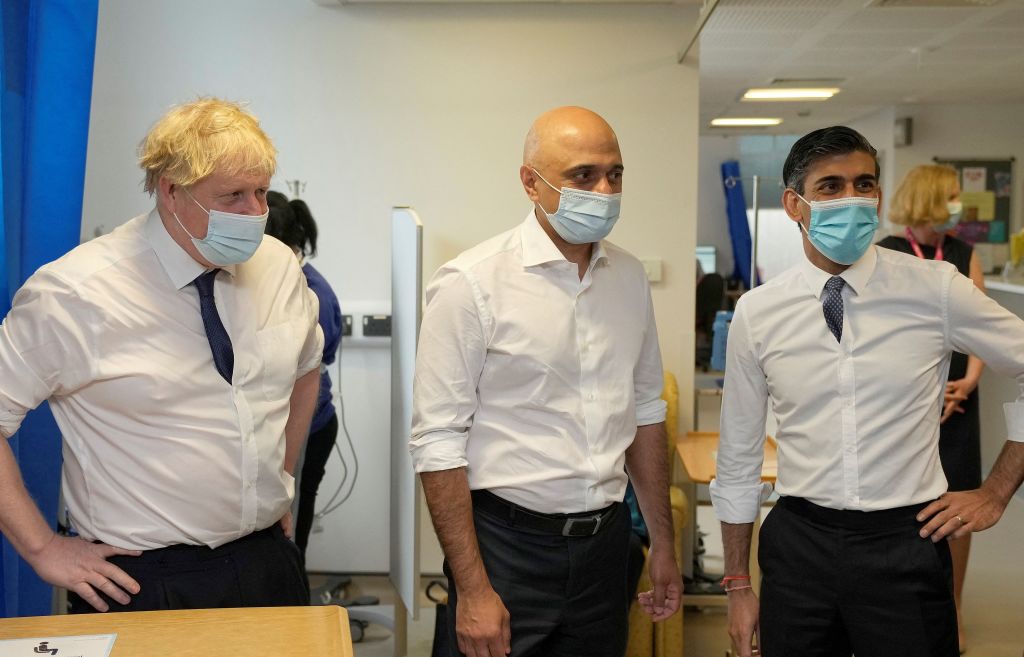 Rishi Sunak and Sajid Javid were two of the biggest hitters in UK Prime Minister Boris Johnson‘s government until they quit on Tuesday in protest at his scandal-hit leadership.

Sunak, 42, had been on a meteoric trajectory to power that could have made him Britain’s first Hindu prime minister.

Javid, 10 years Sunak’s senior and also with a past career in high finance, was his immediate predecessor, and a polished political performer.

But they resigned within minutes of each other, just as Johnson apologised for his handling of a sleaze scandal engulfing one of his senior colleagues.

The resignations — after a succession of crises that led to a vote of confidence in Johnson’s leadership — did nothing to dampen speculation that both men still have an eye on the top job.

Rishi Sunak
Sunak was barely known to the British public when Johnson made him chancellor of the exchequer in February 2020, after only five years in Conservative politics following a lucrative career in hedge funds.

But since restrictions were lifted, he has come under increasing pressure, as a cost-of-living crisis worsens, sending inflation to 40-year highs and leaving many Britons struggling to make ends meet.

In the midst of spiralling prices, Sunak found himself on the back foot over his wife’s financial affairs, and criticism from fellow Tories about his moves to increase taxes for millions.

Revelations that his wife Akshata Murty — whose billionaire father founded the Indian tech behemoth Infosys — did not pay UK tax caused a storm of protest.

The teetotal Sunak also found himself fined by police for briefly attending an impromptu birthday party for Johnson during Covid restrictions in 2020.

Oxford-educated Sunak — the first person born in the 1980s to hold one of the so-called four great offices of state — appeared suitably chastened.

He has cut a contrasting figure from Johnson both in public and in private.

While Johnson’s governing style has been described as chaotic, seemingly making policy on the hoof, Sunak is a details-oriented wonk.

Unlike Johnson’s tousled hair and dishevelled appearance, Sunak has crafted a carefully curated image on social media, with designer clothes, top-of-the-range gadgets and a photogenic dog.

Sunak, whose grandparents came from the Indian Punjab, has two daughters with Murty.

Johnson, thrice-married, has at least seven children and a catalogue of past lovers.

Sajid Javid
Javid, the Muslim son of a Pakistani immigrant bus driver who fought racism growing up in a tough neighbourhood of Bristol, western England, has quit Johnson’s cabinet before.

His seven-month stint as chancellor was rocked by rumours of deep divisions with Johnson’s former chief political adviser Dominic Cummings.

He quit after Brexit architect Cummings tried to force him to fire all his top advisers and replace them with ones from Downing Street.

Javid’s refusal and resignation paused what had also been a skyrocketing political career, after he served as interior minister under former prime minister Theresa May.

As finance minister, he was effectively second in command just as Britain was facing a crash exit from the European Union.

He replaced Philip Hammond as chancellor when the prospects of a messy divorce after 46 years was unnerving markets and sending the pound to multi-year lows.

Javid made big bets and huge profits as a derivatives trader for Deutsche Bank during the 2008-2009 global financial crisis. His tax affairs at the time have come in for recent scrutiny.

Javid’s pro-market instincts saw his vote in 2016 to remain in the European Union because of its economic benefits to trade.

But he later rallied to the Brexit cause and ended his own Tory leadership challenge to support Johnson.

He was appointed to health in June 2021, when his predecessor Matt Hancock quit after being caught having an affair with an adviser, in breach of social distancing guidelines.