Sting in the Serpent Sobhraj’s tale 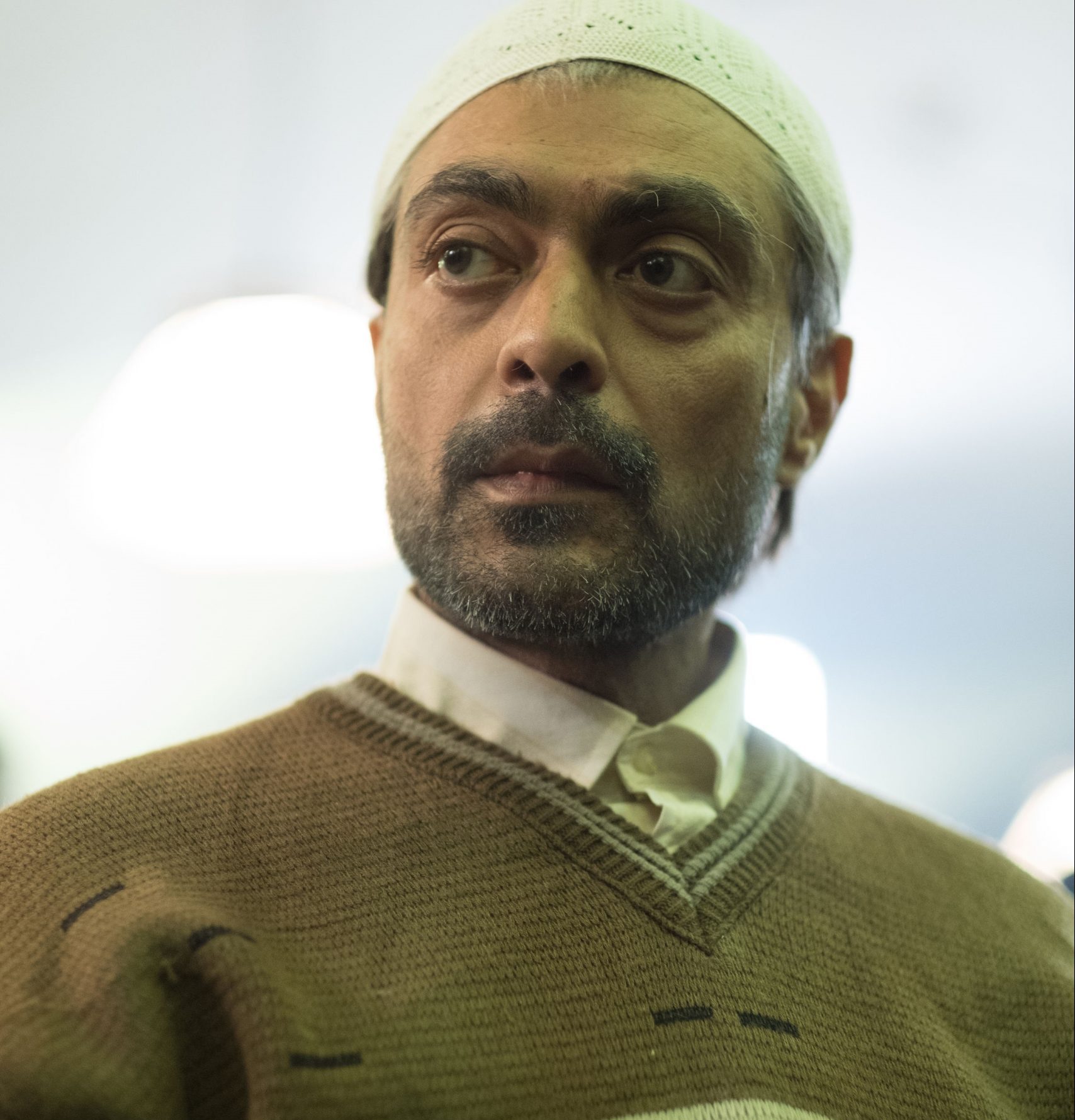 BRITISH ASIAN actor Alyy Khan, who has had a rich and varied acting career encompassing Pakistan, India and Britain, has spoken exclusively to East­ern Eye about playing a Delhi police officer who “has two run-ins” with se­rial killer Charles Sobhraj in the BBC-Netflix co-production of The Serpent.

The title refers to the nickname given to the venomous but apparently “charis­matic” Sobhraj, who had an almost Houdini-like ability to slither through security nets. He escaped twice from Delhi’s Tihar Jail.

The BBC has just announced that the eight-part drama, one of its biggest at­tractions over the holiday period, will begin on January 1, 2021.

But was Sobhraj really a serial killer responsible for up to 20 murders – some put the number of victims at 24?

There isn’t even a moment’s hesitation from Khan. “Absolutely,” he said

Sobhraj, now 76 and in poor health as he serves a life sentence in Nepal for two murders, was born Hatchand Bhaonani Gurumukh Charles Sobhraj on April 6, 1944, in Saigon to a Sindhi father, Sobhraj Hatchand Bhaonani, and a Vietnamese woman, Tran Loang Phun.

After his parents split up, he was adopted by his mother’s new boyfriend, a French army lieutenant stationed in French Indochina, and brought up in Paris, where he began his life of crime at an early age.

The BBC adaptation is based substan­tially on Richard Neville’s 1979 book, The Life And Crimes Of Charles Sobhraj – it was later renamed The Shadow Of The Cobra.

Sobhraj is played by the French actor, Tahar Rahim, while Jenna Coleman, best known in Britain for her portrayal of Queen Victoria, has been cast as his girl­friend and partner in crime, Marie-An­drée Leclerc.

Two other key roles – Herman Knip­penberg, a junior diplomat at the Dutch embassy in Bangkok who pursues Sobhraj, and his wife, Angela Knippen­berg – are played by Billy Howle and Ellie Bamber, respectively.

Nearly all the filming was done in Thailand, but the shoot was suspended in March because of the pandemic. The last part was filmed in Hertfordshire in Au­gust and September.

“What started off as petty crimes – and by petty crimes, I mean serious crimes but not murder – unwittingly and inevita­bly progressed to that.

“His modus operandi was drugging people in bars. He used to have a concoc­tion of pills and liberally laced people’s drinks while they were dancing with his girlfriend or whatever distracting tactics he was using.

“One reacted badly to this because he was on other medication – something Charles hadn’t foreseen or planned. That is how the first death occurred. And once that occurred, the floodgates of his con­science opened. And he thought to him­self, ‘Well, if I can’t get my way the normal route and it means killing the person, it’s no big deal.’”

Khan added: “Ostensibly, he operated the hippie route in the 1970s, from Istan­bul all the way down to Kathmandu. And he spent a lot of time in Thai­land and a fair amount in India, Pa­kistan and Nepal.”

The first time Sobhraj was arrest­ed by Tulli in 1973, it was in Delhi. “He was involved in a heist when he tried to steal some diamonds. He took a room at the Ashok Hotel, drilled his way to a jewellery store and seemed to pull off a daring robbery.”

He was locked up in Tihar Jail, feigned he had appendicitis and es­caped by drugging his captors with the help of his girlfriend.

Sentenced to death in Thailand in 1976, he fled to India and was ar­rested again but man­aged to escape from Tihar a second time.

Khan said: “He dis­appears for about 15 or 20 days, after which he calls the po­lice in Goa and says, ‘I’m done with my holiday. If you want to arrest me, this is where I’m sitting.’

“There is a particu­lar shack in Goa, which has even named a cocktail called the Sobhraj. He was having a drink there. The police came for him, quickly arrested him and put him back into prison.”

Sobhraj’s strategy worked perfectly. His 10-year term in Tihar meant the stat­ute of limitations in Thailand had passed and he could not be executed.

“So once he finished serving his time in India, he was a free man,” said Khan. “He went back to France, where he sub­sequently signed a book deal for some­thing like $5 million [£3.7m].”

During the shoot, Khan met all the principal mem­bers of the cast, and also, incidentally, the real Thai officer, now an elderly man, who had pursued Sobhraj all those years ago.

Some of the landscape is familiar to Khan, who was born in Karachi on De­cember 6, 1968, came to London as a boy, and then went to India where he attend­ed school and college at Bombay Scottish and Hill Grange in Bombay (now Mum­bai). As a theatre actor, he was dressed for the role of Hamlet by the late Bhanu Athaiya, who had won India’s first Oscar – for costume design in Gandhi – nine years previously.

Khan did ad films for Jeet and Kailash Surendranath’s Far Productions and pro­duced a documentary about the Taj Ma­hal Hotel voiced by Roshan Seth. At this stage, he was encouraged by Saeed Jaffrey’s wife, Jennifer Jaffrey, a cast­ing agent, to return to London where he did a film and produc­tion course run by the Pimlico Arts & Media Scheme.

At this time in India, “UTV had just started out. And they offered me this job as an as­sistant director. Star Plus, and Sony and Zee chan­nels had just launched… and 20 years go by.”

Khan was speaking to Eastern Eye from Karachi: “I have homes in Bombay and Karachi and in Lon­don. It just depends on the assignment.”

In film and on TV, Khan played Omar Sheikh, the mastermind behind the kidnapping of the American jour­nalist Daniel Pearl in A Mighty Heart, which starred Angelina Jolie.

He has been in Channel 4’s Indian Summers and acted opposite Shah Rukh Khan in Don 2. Most recently he has been in Mogul Mowgli, co-written by Riz Ahmed.

Khan remembers that when he was in London in 1991, he saw a two-part dra­ma, Shadow of the Cobra, starring Art Malik as a dashing and debonair Sobhraj.

But when Khan returned to India, the real Sobhraj, who was in and out of court, proved to be “completely opposite to the way Art Malik had played him”.

“I got a shock because he was like a short, unassuming Gurkha chowkidar (security guard). I couldn’t figure it out. But the way that Tahar has played him shows he had a way with women, a really charming kind of guy. And that’s what he worked on.”

But The Serpent “explores the various relationships he had had, not just with various women, but also his formative relationship with his parents. So you see that he was an extremely driven and very charismatic personality. It is very dark, a genre that people enjoy. I think the fact that it’s based on a real-life character will interest people.”

Though very ill as a result of cancer and other ailments, Sobhraj retains his ability to be outrageous.

Khan said that as a French national, “he’s appealing to president (Emmanuel) Macron to get him free because he wants to marry. He is also threatening to sue Netflix because they haven’t taken his ap­proval for this TV project.” 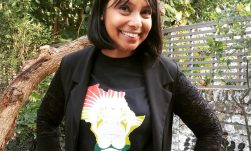 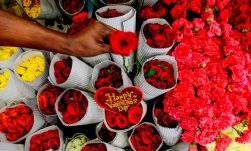 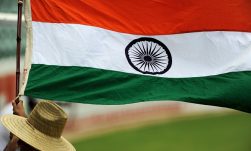