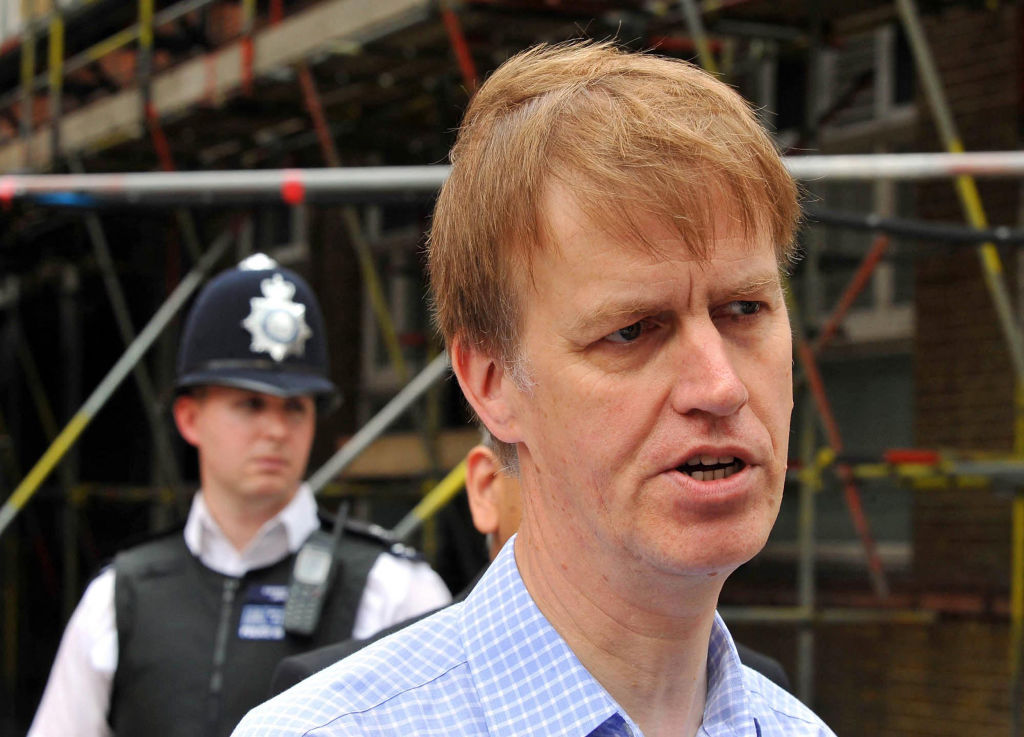 FILE PHOTO: Labour MP Stephen Timms answers to media as he leaves the Royal London Hospital in Beckton, East London, on May 19, 2010. (Photo by -/POOL/AFP via Getty Images)

A Labour MP who was stabbed by an Islamic extremist has said that he wanted to meet his attacker and asked her why she did it, reported the BBC.

Stephen Timms, 66, who has represented East Ham for 27 years, was stabbed twice in the stomach by Roshonara Choudhry in Beckton, east London, in May 2010.

Choudhry, 32, is serving a life sentence, with a minimum jail term of 15 years, for attempted murder.

The MP said he had received letters from Choudhry from prison, but had not yet met her, the BBC report added.

“She (Choudhry) has written to me recently. I have received three letters from her. I would like to meet her and ask her why she did what she did,” the MP was quoted as saying by the broadcaster.

“On the basis of the letters she has sent to me, it seems she has thought a lot about that and we would probably have a worthwhile conversation.”

Timms wanted to meet her ‘face-to-face’ as ‘it’s impossible to forgive somebody without having some kind of relationship’.

Timms’ comments came after the killing of Conservative MP Sir David Amess. He was killed in a stabbing attack at a constituency surgery in Leigh-on-Sea in Essex last week.

While paying tribute to Sir David in the Commons, the Labour MP said: “He was accessible to his constituents. Tragically, he has now given his life. We will rightly reflect on what more we can do to stop that from happening again. I wonder if we might ask the police to review our appointment lists ahead of each surgery, for example?

“But we mustn’t give up on the accessibility of Members of Parliament. If we do, the sponsors of those who attacked David and who attacked me will have succeeded. That must not happen.”

Speaking to BBC Breakfast earlier, Mr Timms said he received an overwhelming “wave of support and warmth” after being stabbed and never considered giving up his job.

Ali Harbi Ali, 25, was arrested on suspicion of the murder of Sir Amess. He is being been held under the Terrorism Act.