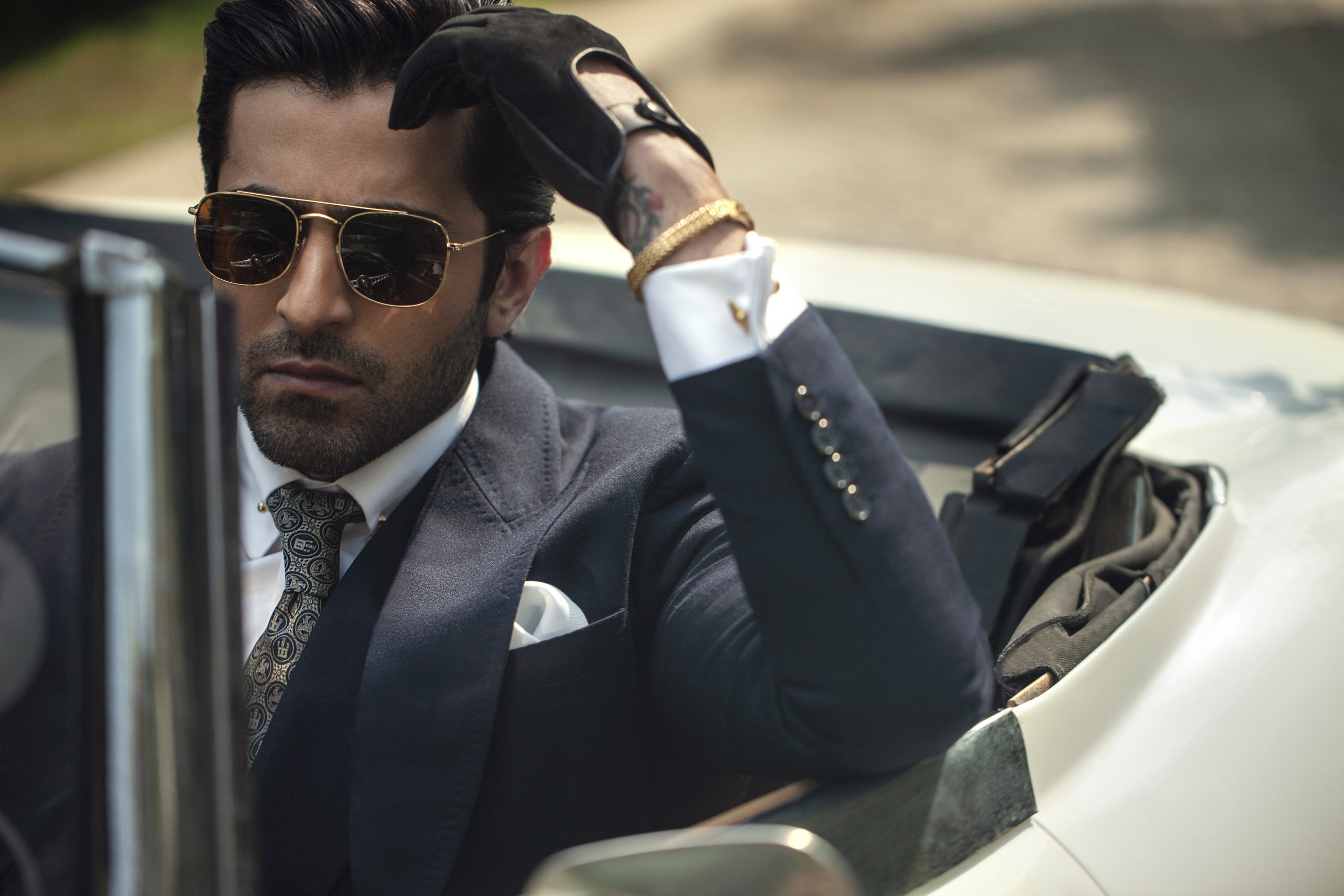 POPULAR Pakistani star Sheheryar Munawar has shown that being picky about projects can work perfectly in your favour.

The terrifically talented actor has been selective about film and television projects since making his debut in 2012 drama serial Meray Dard Ko Jo Zuban Miley. He has since starred in successful films like Ho Mann Jahaan, 7 Din Mohabbat and Parey Hut Love, along with hit serials like Aasmanon Pay Likha. He has continued that winning run with his latest serial Pehli Si Muhabbat. The multi-talented star has mixed up winning performances on-screen with work behind the camera as a director and producer.

Eastern Eye caught up with Sheheryar Munawar to discuss his journey, latest drama serial, inspirations and Eid plans. The leading man also revealed his own ultimate hero and what he enjoys watching as an audience.

How do you look back on your journey as an actor?
Well, it’s been a long and slow process. In my case, I don’t think there’s such a thing as overnight success. We see it happen overnight and never get to see the process that’s gone into it. So for me, I did my first project as a professional actor back in 2012 and now it’s 2021. It has been about nine and a half years. It’s been a long journey. I’d like to say slow and steady wins the race. I remember reading a fable when I was younger and that was the moral of the story. So, I guess that’s what I’ve been doing.

You are hugely popular, but why don’t you do more acting projects than you do?
Initially when I started, I wasn’t happy with the kind of work I was doing and the projects that were coming my way. So, I took some years off and started working behind the camera as an assistant director. Then I directed television commercials and a TV show. I produced films as well. Then I started acting again. So, that’s why you don’t see as much of me, even though I’ve been around for those nine years.

It hasn’t affected your popularity…
The interesting thing is, in our line of work, they say, ‘out of sight, out of mind’, so how I’ve managed to stay relevant in those nine years amazes me as well, with the little work that I’ve done. But now I feel I’m enjoying myself as an actor. I’m enjoying my performances and feel now is the time to switch gears and do more work.

Which of your characters have you enjoyed playing the most?
I think Arhaan from Ho Mann Jahaan. I liked that character because he was unapologetic about whatever he did, generally in life. He was grey and I love playing characters like that. He was this young guy coming out of university and having to deal with pressures. They say that usually adversity brings out either the best or the worst in a person. It brought out the worst in him, but I could relate to the character because I had recently graduated from university at that point.

Does your approach as an actor change between film and TV projects?
Yes, there is a difference. With films, generally there’s a little
more projection required and what that is, depends on the genre. Television is more contained, and the frames are smaller, so you have to sort of contain yourself and be a little closer to how you will be in
real life. A lot of things go into a contained performance.

You are getting good reviews for your latest drama serial Pehli Si Muhabbat. What did you like about it?
When I read the story, I thought there was a lot I could do with the character. When he starts out, he’s not a typical hero and a bit of a grey character. He is a compulsive liar and an average guy, who likes to have fun with his friends. As the story graduates, we see his journey into becoming a man and turning into what we have in mind of a hero. So, I thought that journey was very interesting. I also liked the characters around him, as they had a lot to say. I really like the character of Nargis and the person she marries is also one I really liked. So, there were characters I liked and thought it was an interesting story to tell. This story itself was simple, but the characters were slightly larger than life.

You are unpredictable, but what can we expect next from you?
I’m probably not going to be doing much work behind the camera this year and will be more in front of the camera. So, I’m reading for a few projects and hopefully, before the end of the year, I’ll have two more projects I will be working on. Then next year I’ll probably do something behind the camera.

What is it that inspires you as an actor?
To be able to create moments that stick with people. I think that one can only do that if you are able to obviously recreate those moments as true and as close to real life as possible. I think that’s what excites me the most – if I can create moments, you know, in a big narrative that are sticky enough to stay with people because I was able to touch their hearts in those little moments.

You are a hero to a lot of people, but who is your own hero?
My dad has always been my hero. He is no less than any hero, if you ever meet him. He is a fun guy. The interesting thing with parents is after crossing a certain age, you become friends with them. He has a great sense of style and is still the most interesting person in the room.

What is the best advice you ever got?
To never look back because when you look back, you are neither moving forward nor can you go back in time; you’re just stagnant and stuck in time. So never look back!

What kind of content do you like to watch as an audience?
You may find this very boring, but I watch a lot of documentaries and docudramas. Growing up, I used to love watching the History channel. In terms of shows, I recently watched The Crown. I enjoyed watching House Of Cards and also watched You, which is interesting. So, just random stuff, but mostly documentaries. I also enjoy films and will watch classics because I feel you get to learn a lot from them, in terms of storytelling. I have a very quirky taste because sometimes I will watch international projects like South Korean films.

Has the pandemic lockdown changed you in any way?
I mean it has changed my perspective in general. I think it’s generally helped me be more grounded and understand what things are actually important. It has helped me sort of decipher or separate between the absolute necessary and all that we used to do and that used to weigh us down. I think that’s been the most important change – the way I look at things. I think even to an emotional state I’ve come down to the basic level and just hold on to the bare necessities, which are people close to me, such as my loved ones and things that are absolutely necessary.

How do you plan on spending your Eid holiday this year?
With my family! Obviously, we are in the middle of a pandemic, so nobody will be going out. But my sister and brother-in-law will be in town, Inshallah. My parents and my little brother, so just bunch of us together locked up in our house. I guess we will dress up and cook as a family because we love doing that. (Laughs) We are all big foodies, which isn’t great for my career or my waistline. We will also offer our prayers as a family.

Finally, what are your hopes and prayers this Eid?
That I wake up on Eid day and there is no such thing as this pandemic anymore. There is no Covid-19! That we can all wake up in this new world and it was all a bad dream.