Sixteen other people found inside the trailer were transported to hospitals for heat stroke and exhaustion. 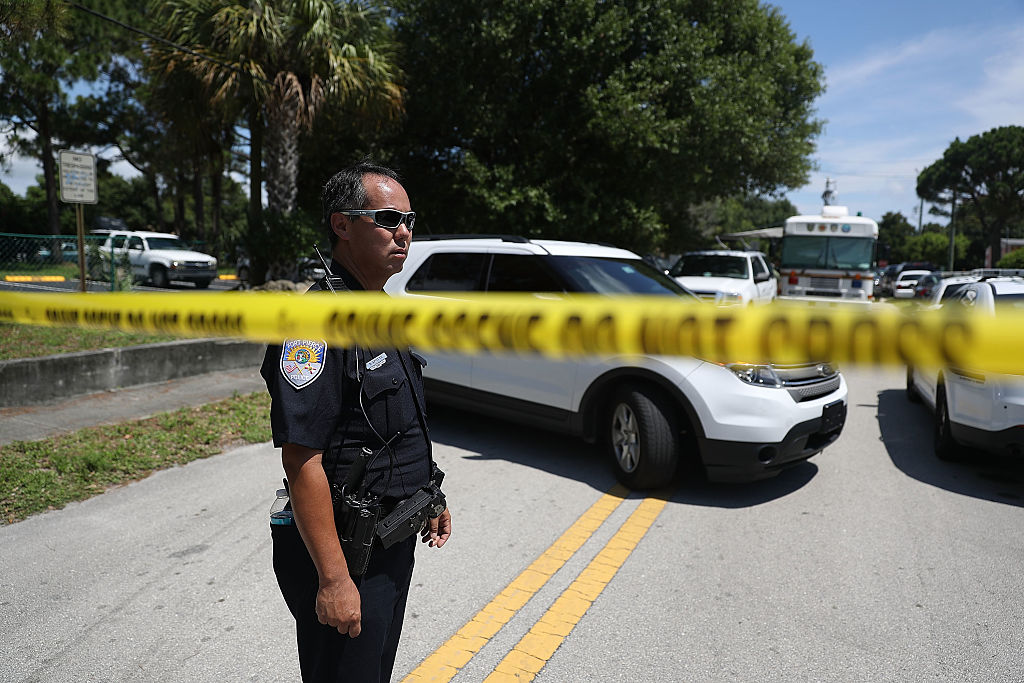 “I sorrowfully heard the news of the tragedy of the migrants in Texas and Melilla,” he said on Twitter.

“Let us pray together for these brothers and sisters who died following their hope of a better life; and for ourselves, may the Lord might open our hearts so these misfortunes never happen again,” Francis said.

The bodies of 46 dead migrants were discovered inside a tractor-trailer on Monday in San Antonio, Texas, city officials said, in one of the most deadly recent incidents of human smuggling along the U.S.-Mexico border.

A San Antonio Fire Department official said they found “stacks of bodies” and no signs of water in the truck, which was found next to railroad tracks in a remote area on the city’s southern outskirts.

Sixteen other people found inside the trailer were transported to hospitals for heat stroke and exhaustion, including four minors, but no children were among the dead, the department said.

“The patients that we saw were hot to the touch, they were suffering from heat stroke, exhaustion,” San Antonio Fire Chief Charles Hood told a news conference. “It was a refrigerated tractor-trailer but there was no visible working A/C unit on that rig.”

Temperatures in San Antonio, which is about 160 miles (250 km) from the Mexican border, swelled to a high of 103 degrees Fahrenheit (39.4 degrees Celsius) on Monday with high humidity.

The city’s Police Chief William McManus said a person who works in a nearby building heard a cry for help and came out to investigate. The worker found the trailer doors partially opened and looked inside and found a number of dead bodies.

McManus said this was the largest incident of its kind in the city and said three people were in custody following the incident, though their involvement is not yet clear.

A spokesperson for U.S. Immigration and Customs Enforcement (ICE) said that its Homeland Security Investigations division was investigating “an alleged human smuggling event” in coordination with local police.

The deaths once again highlight the challenge of controlling migrant crossings at the U.S.-Mexico border, which have reached record highs.

The issue has proven difficult for U.S. President Joe Biden, a Democrat who came into office in January 2021 pledging to reverse some of the hardline immigration policies of his Republican predecessor Donald Trump. Republicans have criticized Biden’s border strategy ahead of the midterm congressional elections in November.

Mexico’s Foreign Minister Marcelo Ebrard called the suffocation of the migrants in the truck the “tragedy in Texas” on Twitter and said consular officials would go to the hospitals where victims had been taken to help “however possible.”

A spokesman for the Honduran foreign ministry told Reuters the country’s consulates in Houston and Dallas would be investigating the incident. Ebrard said two Guatemalans were hospitalized and Guatemala’s foreign ministry said on Twitter that consular officials were going to the hospital “to verify if there are two Guatemalan minors there and what condition they are in.”

The I-35 highway near where the truck was found runs through San Antonio from the Mexican border and is a popular smuggling corridor because of the large volume of truck traffic, according to Jack Staton, a former senior official with ICE’s investigative unit who retired in December.

In July 2017, 10 migrants died after being transported in a tractor-trailer that was discovered by San Antonio police in a Wal-Mart parking lot. The driver, James Matthew Bradley, Jr., was sentenced the following year to life in prison for his role in the smuggling operation.

Staton said migrants have regularly been intercepted in the area since the 2017 incident. “It was only a matter of time before a tragedy like this was going to happen again,” he said.