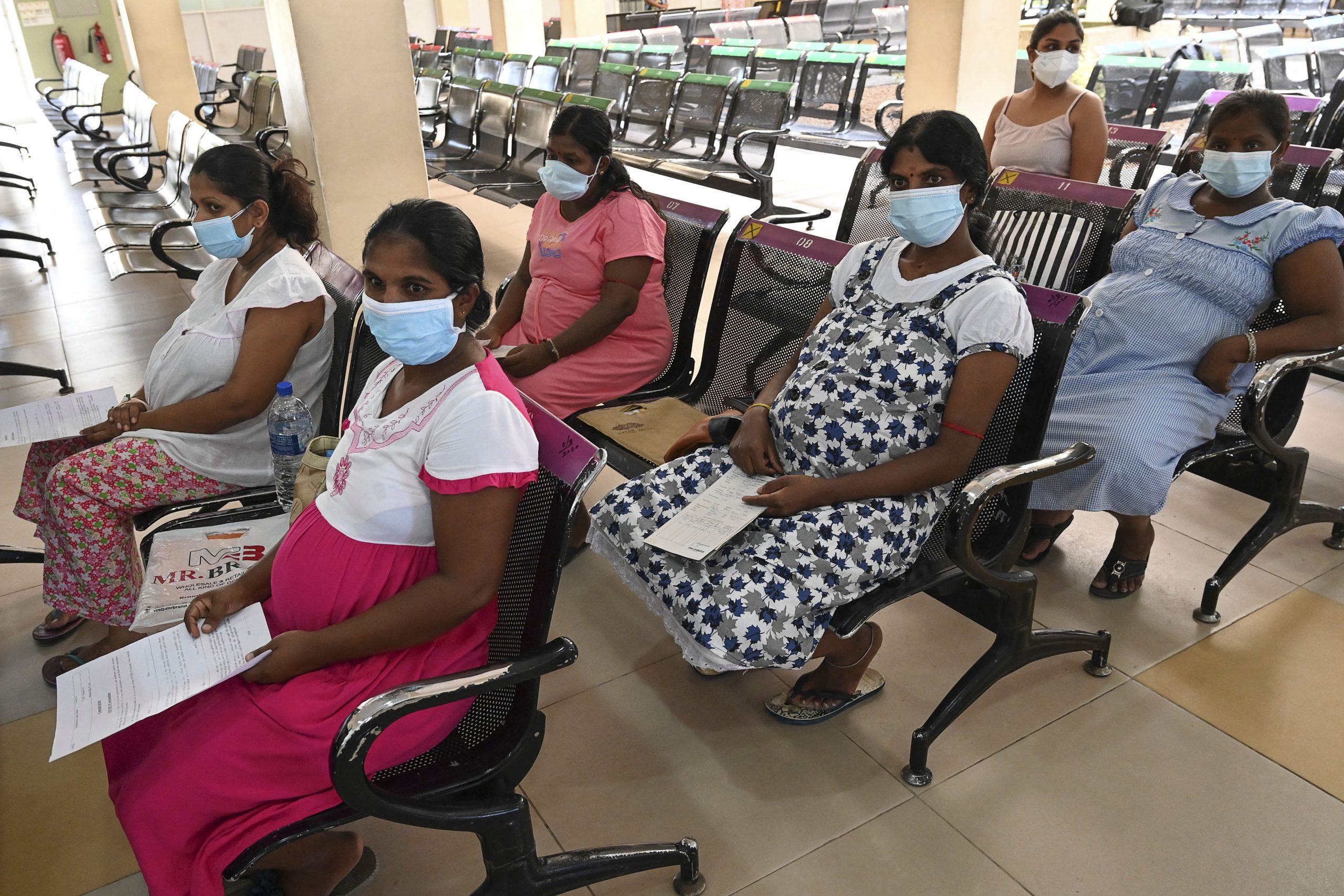 Pregnant women wait to get a dose of the Chinese-made Sinopharm Covid-19 coronavirus vaccine in Colombo on June 9, 2021. (Photo by ISHARA S. KODIKARA / AFP)

Sri Lankan women were urged to delay getting pregnant after more than 40 expectant mothers died of Covid-19 in four months, the health ministry said on Thursday (9).

The island nation, which recorded its first maternal coronavirus death in May, is battling a spike in Delta variant infections after travel restrictions were eased for local new year celebrations in mid-April.

“Usually, we have 90 to 100 maternal deaths a year, but since the start of the third wave we have recorded 41 deaths of pregnant women from Covid alone,” Chitramali de Silva, a director of the government’s Health Promotion Bureau, told AFP.

Government obstetrician and gynaecologist Harsha Atapattu said he was urging “newlyweds, as well as those who are trying to have a baby, to delay it by at least a year because of the risks of Covid-19”.

De Silva said about 5,500 expectant mothers had been infected. About 70 percent were fully vaccinated, he added.

Experts have urged pregnant women to get the jab, with Sri Lankan health officials stating the Delta variant appears to increase their risk of severe symptoms.

The nation of 21 million people has been under a lightly imposed lockdown since August that the government expects to lift in mid-September.

But World Health Organisation experts in Sri Lanka have called for tougher restrictions until the start of October.

Hospitals have been overwhelmed during the surge, despite efforts to speed up the vaccination drive with nearly half of the total population receiving two doses.

Sri Lanka has recorded nearly 475,000 infections and more than 10,500 deaths from Covid-19, but doctors say the actual figures could be much higher due to under-reporting.