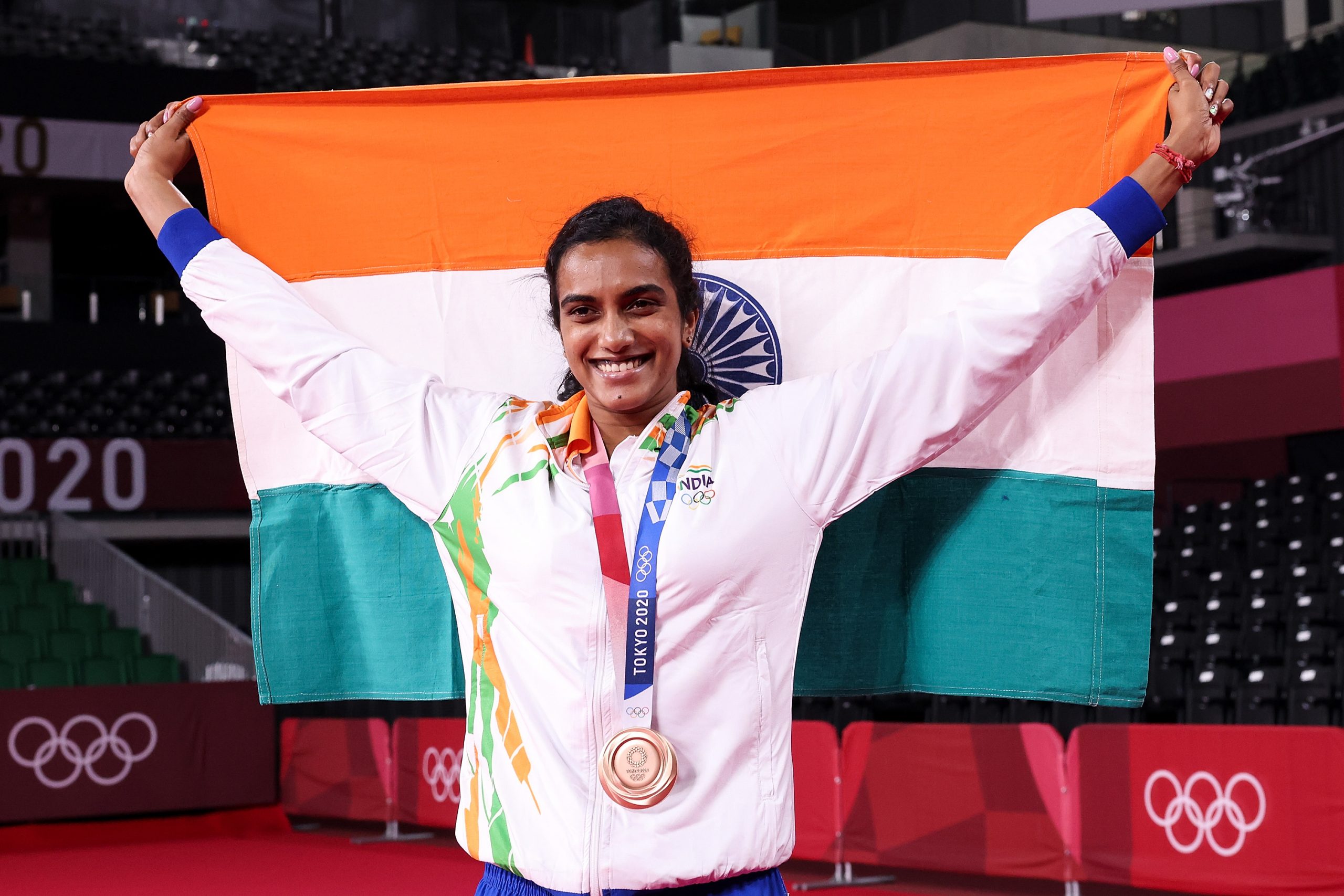 Sindhu beat China’s He Bingjiao in Tokyo and swooped a bronze medal. The world champion’s victory on Sunday came five years after she finished second at the Rio Games.

“It makes me feel really happy because I’ve worked hard for so many years. I had a lot of emotions going through me – should I be happy that I won bronze or sad that I lost the opportunity to play in the final? But overall, I had to close off my emotions for this one match and give it my best, my all. I’m really happy and I think I’ve done really well. It’s a proud moment getting a medal for my country,” Sindhu told the Badminton World Federation (BWF) website.

“I’m on cloud nine. I’m going to enjoy this moment. My family have worked hard for me and put in a lot of effort so I’m very thankful. And my sponsors have given me their best so I’d like to thank them and enjoy the moment.”

“He had said, ‘you go, we will have ice cream when you come back,’ so she will now definitely go and have ice cream with the prime minister,” Ramana was quoted as saying by Indian media.

In an online interaction with Sindhu ahead of the competition, Modi had said he would invite her for dessert after the badminton champion admitted she loves ice cream but stays away from it to stay fit.

“We are all elated by the stellar performance by Sindhu,” Modi wrote on his official Twitter account after her win.

“She is India’s pride and one of our most outstanding Olympians,” he added.

Sindhu missed out on the final after losing to Taiwan’s Tai Tzu-ying. But she outclassed He 21-13, 21-15 to become the toast of Indian sports alongside weightlifter Saikhom Mirabai Chanu who won a silver on the opening day of the Tokyo Olympics.

Sindhu’s Olympic success emulates fellow Indian national and men’s wrestler Sushil Kumar who won bronze in 2008 and then silver at the 2012 London Games.

“You have made the whole nation very very proud,” cricket icon Sachin Tendulkar wrote on Twitter.

Now she hopes the world’s second-most populous country can use her achievement as a springboard for more badminton success.

“I’m sure a lot of youngsters and others will get motivated to work hard and come up,” she said.

Sindhu added she would “definitely” look to challenge for Olympic gold again at the 2024 Paris Games, and backed herself to continue improving.

“It builds up my motivation. I can do much better and I can work harder.

“I think that’s my passion towards the sport — once you achieve something, you want to achieve more and more.”