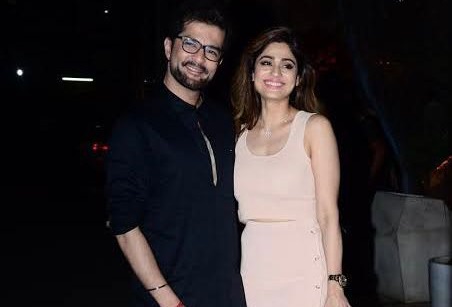 The ongoing season of Bigg Boss has turned out to be an instant hit amongst audiences. Bigg Boss has always been on top of the TRP charts, but the latest season has been arresting eyeballs from the word go.

Bigg Boss 15, which premiered earlier this month, has an interesting mix of contestants. Actress Shamita Shetty, who won millions of hearts with her journey in Bigg Boss OTT, is also a part of the ongoing season.

Apart from her straightforwardness and clarity of mind, what helped the actress gain more limelight in Bigg Boss OTT was her connection with actor Raqesh Bapat. Their cute chemistry melted several hearts across the nation.

And now, Bigg Boss 15 is set to give Shetty a sweet surprise. After an impressive showdown of the actress in the house, reports suggest that she might reunite with her OTT connection Raqesh Bapat. Yes, you heard correct!

According to sources, Bapat is planning to enter the glass-walled house of Bigg Boss 15 soon. The contestant was among the top five finalists in Bigg Boss OTT. Fans across the nation enjoyed the chemistry between Shetty and Bapat and showered the couple with much love on social media.

While there is no official confirmation on the same, the audience is really looking forward to watching the actor join his love interest again on screen. Their pair became an instant hit among the viewers owing to its effortlessness.

Well, we cannot wait to watch their magical love story come alive on television space once again! Keep visiting this space over and again for more updates and reveals from the world of entertainment.